The Time Has Come to Talk About Senior Poverty in America

It's a national crisis, so why aren't we doing much about it?

If 40 million Americans were suffering from the same severe problem, you might think it would be the subject of considerable media attention, a host of government programs, infusions of business capital and a hot topic of national conversation.

That is certainly what I thought several years ago when I began researching the reality that nearly half of all people of over 55 — one in seven Americans  — had no money saved and risked heading into poverty or certainly into dire conditions that would make their lives desperate for decades to come.

The millions over 55 without money or reasonable prospects to earn it are being ignored and overlooked.

Well, of course, attention and resources of all kinds were being focused on this, weren't they? No, they were not. I was shocked, because this is truly an enormous problem yet very little was being done to address it. And that's still the case.

Many of these older Americans in, or near, poverty, are likely to live another 20, 30 or 40 years, but will have few prospects to earn meaningful income or the skills suited to the economy of the 21st century. Sadly, they will become less, not more, able to function in the economic marketplace as they age.

Why the Problem of Senior Poverty Should Scare You

If this doesn't scare you, it should. Not only because of the size of the problem, but because you shouldn't assume you are immune.

If you think otherwise, you aren't familiar with how many of these people got where they are. You might think — wrongly — they frittered away their money on bad decisions or poor planning. That's not so in most cases.

When I started my nonprofit, the Senior Poverty Prevention Project, a few years ago, nearly every one of the hundreds of people I spoke with was unaware of the scope of this problem, and was stunned by its magnitude. But nearly everyone knew of someone over 50 in financial distress.

Our goals of the Senior Poverty Prevention Project are to raise awareness of this issue, forge partnerships with key leaders in business, media, government and academia and begin to create programs to solve the problem.

I became aware of this problem because I had been in this population, even before I reached its "official" age. Though I had a good education and a pretty good career, I went through a difficult multi-year, multi-state child custody battle (which I "won"), receiving sole custody of my then very young children. This completely drained my finances and derailed my career — a tradeoff I was happy to make.

The millions over 55 without money or reasonable prospects to earn it are being ignored and overlooked, in large part I fear, because in a society driven by youth, older people don't seem to matter all that much.

What Makes Me Optimistic

I often compare this problem to the civil rights and women's movements of the late '60s and early '70s which I witnessed up close and which also affected tens of millions of previously overlooked and ignored people who weren't part of the national conversation.

It took articulate, persistent and loud voices to say: "This is a problem, these are people who need to be listened to and are not going away."

Eventually, they did become part of the national conversation. And eventually, I truly believe, senior poverty will as well.

Because millions of older people with no money will not just disappear or die. If anything, they will be joined by others.

The New School for Social Research has found that unemployed Americans age 55 and older have been taking longer to find work than mid-career workers for the first time since 1973.

Teresa Ghilarducci, a widely respected economist, director of the New School's Retirement Equity Lab and a Next Avenue Influencer in Aging, said recently, "With almost two million more people forced into unplanned retirement during the pandemic, vulnerable workers are forced out of the labor market at earlier ages…These few years can make or break an individual's retirement. With fewer job prospects, and less savings, unplanned retirements can mean downward mobility or even poverty for vulnerable workers retiring before sixty-five."

But statistics aren't stories, or the pathways that have gotten millions where they are. A few examples of people I know:

The brother of one of my closest friends who is in his 60s and has a Ph.D from a top university. For years, he has been unable to find work. He moved in with his mother. His finances have improved a bit lately, but only after two decades of poverty.

A business school classmate of mine, who is a successful financial adviser with an Ivy League MBA. He lost his health insurance after being diagnosed with a nearly-always fatal heart disease and has had to rely on the goodwill and housing of friends for years. Some of them started a GoFundMe campaign for him, which he says left him "mortified…but grateful."

A high school classmate, now in her late 60s and living in suburban Denver. She has a master's degree in choreography "which doesn't do me much good now," she notes. She cleans houses and cares for her veteran son.

Some noble efforts are trying to address the issues of financially precarious older people, however.

There are tens of millions of other stories like theirs that need to be heard and understood.

They generally aren't people who threw away whatever money they had on drugs or alcohol or bad choices, though surely some did. Most arrived where they are later in life because of health issues or divorce or careers in industries that were drastically cut back or disappeared.

Now, they find themselves bewildered, flailing, trying to "tech up" or find other solutions in a world where even if they learned new skills, they might be passed over by younger workers.

What Is Being Done for Senior Poverty

Some noble efforts are trying to address the issues of financially precarious older people, however.

The Stanford Center of Longevity, for example, has multiple ambitious initiatives, including its "New Map of Life," which "aims to envision a society that supports people to live secure and high-quality lives for a century or more," exploring housing, health care and financial security.

The National Council on Aging nonprofit has a wealth of resources for older people and their caregivers. Its "Benefits Check-up" lets you see if you're eligible for more than 2,500 benefits programs nationwide. And its "Resources Near Me" locator directs you to ones that can help with food, health care and technology.

The Center for Retirement Research at Boston College puts out briefing papers and publishes the "Squared Away" blog — on a wide range of topics regarding retirement security and older workers.

But the senior poverty problem is far outpacing those brave souls trying to find solutions.

Business, nonprofit, media and government leaders need to step up, speak out and spend the money needed to address this problem.

Programs must be created to train people for jobs that will pay them decently for another 20 or 30 years or more and to provide food and housing for others whose circumstances may not allow them to get trained.

I truly believe the private sector has to do the heavy lifting. It has to see people over 55 as a valuable resource. Not just a source of "wisdom," but a source of genuine human capital, who can add to the day-to-day value of what companies, large and small, are doing.

The solutions are not easy, by any means. But smart people have to come together and not cast off older, poor Americans on ice floes.

Will this happen? I don't know. But it has to.

Most urgently, awareness has to be raised to help cure senior poverty.

This has to be part of the national conversation.

Too many people are suffering now.

When I started my effort, I hoped we could find answers. What will happen to these people? How will they survive? I am still hopeful. I know if we don't find answers, we will be in big trouble. 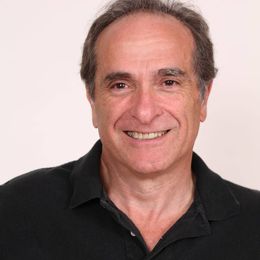 Joe Seldner is founder of the nonprofit Senior Poverty Prevention Project. He is a writer, producer, communications strategist and a media, entertainment, business and politics veteran who has written and produced movies and television for HBO and independently. He has been accepted to the Stanford University Distinguished Careers Institute Program, where he will begin in September, 2022. Read More
Advertisement