Sleeping apart is becoming more known and accepted. Why aren't people talking about it?

It's so common that it's almost a cliché: One (or both) parties in a committed relationship snores too much, and for the other person, the reaction can be: My spouse's snoring is killing me. (Or possibly, If they don't stop snoring, I'll kill them.)

But other than shoving your partner onto their side to see if that eases the snoring, sending them to the doctor for a sleep apnea test or trying noise-canceling headphones or earplugs, what else can be done? You can't possibly sleep in another room. Committed couples are supposed to sleep together. If you sleep in separate rooms, others will assume that something's wrong with your relationship. In fact, you might think there's something wrong with your relationship.

"One night when I elbowed him in the forehead, he started sleeping on the futon more regularly."

Here's the good news: You're not the only ones sleeping apart. What's more, as more research is done on couples' sleeping patterns, sleeping apart is becoming more known and accepted.
Wendy Troxel, senior behavioral scientist at the RAND Corporation and author of "Sharing the Covers: Every Couple's Guide to Better Sleep," studies sleep behaviors and science, and she said that sleeping apart shouldn't be viewed as stigmatizing; there's no right or wrong way for a couple to get their night's sleep, as long as what they do works for them.

When Sleeping Together is Disruptive

Audrey Henley from Beloit, Wisconsin, learned soon after moving in with her boyfriend that sleeping in the same room was going to cause issues for them. "He would snore, which prevented me from falling asleep, and I moved around a lot," she said. "At the time we had bad air conditioning, so on hot nights he would sleep on the futon in the living room. One night when I elbowed him in the forehead, he started sleeping on the futon more regularly."

They've since moved into a house and have separate bedrooms. "We considered buying a larger mattress to make sleeping in the same bed work, but we talked about it and decided to keep having our own beds," Henley said. "We go to bed at different times and work on projects late at night without bothering each other."

Sometimes the need for separate sleeping spaces comes from life changes, whether women going through perimenopause or someone in the relationship developing medical conditions. Some treatments, such as sleep apnea, may be medically treated.

Karla Huston of Lakewood, California, was married nearly 50 years before beginning to regularly sleep separately from her husband. "From time to time I would go to the sofa or my daughter's bedroom where I could get some sleep," she said. But then he was diagnosed with prostate cancer, and the treatment caused him to have hot flashes and need to use the bathroom frequently during the night. As his caregiver, she needed rest more than ever.

"That doesn't make you any less married or less of a couple or less intimate with each other," she said. "You've got to sleep. You're a better person, able to tackle what comes in front of you when you have a good night's rest."

Sleeping Apart as a Preference

Sometimes there isn't a major physical problem, just a case of separate arrangements being the most comfortable. Amy Boland of Minneapolis noted that she and her wife married in her 40s when they'd already had considerable life experience sleeping separately.

"It's a big adjustment to sleep together every night," she said. Her wife sometimes is restless or needs a fan to sleep and usually goes to her separate room at that point.

Troxel thinks these partners made smart decisions. She doesn't advise every couple to take that step, but notes that it benefits a good many people.

"I'd love to see the conversation move into putting sleep as a priority in your relational goals," she said. "That third of our lives where we're not awake has a critical function in our relationships. Prioritizing that need and being open and willing to problem-solve to find strategies that are going to work for you is the best thing you can give your relationship."

Licensed marriage and family therapist Megan Bearce of Minneapolis, author of "Super Commuter Couples," noted that even 15 years ago, The New York Times did a story on homebuilders who saw increased demand for homes with two main bedrooms. Yet the stigma of being thought to have marital problems remains.

"The elephant in the room is the guilt and shame that sometimes gets attached," she said. She noted that couples who have different work shifts, such as one works days and one nights, don't sleep together much and no one thinks twice about it.

"We found that those who weren't sleeping well were more likely to exhibit specific relational behaviors, including the display of hostility."

In reaching out on social media for sources for this story, I received dozens of replies from people who sleep apart, but several who didn't want to go on record about it, showing anecdotally that the stigma is alive and well.

What Happens When We Don't Get Enough Sleep

"Lack of sleep is linked to relational effects," Troxel said. "We know that sleep-deprived conditions cause profound disruptions to our mood, irritability levels go up, we're more likely to develop depression, anxiety, substance abuse disorder, and communication skills suffer. We also become less empathic, all of which can be toxic for a relationship."

Studies conducted in a sleep lab showed Troxel just how bad things could be when partners engaged in a common conflict. "We found that those who weren't sleeping well were more likely to exhibit specific relational behaviors, including the display of hostility. That's where the goal of communication is really to hurt the other person," she said. "When you're sleep-deprived, you're more likely to lean towards those toxic behaviors, which then have an impact on the partner who may or may not be sleep-deprived."

How to Approach the Topic of Sleeping Apart

"Have a constructive conversation about why you're doing this," said Bearce. "Some people think it's forever, and they shut down. So make the change in shorter bits: 'Hey, let's try this for a week.'"

Troxel also points to the need for conversation and intentionality, noting that that openness may lead to a result that works, whether it's sleeping apart together with different arrangements. "Don't have the conversation when you're both sleep-deprived and angry," she said.

But do have the conversation: She's seen couples who evolved into sleeping apart without talking and ended up with one partner mad about the snoring, while the snorer felt rejected and hurt. Getting it out in the open and determining the best way for both sides to get enough sleep is key. If there are kids still at home, be sure to let them know what's going on, or they may worry that their parents are divorcing.

Henley has found separate bedrooms improved her relationship. "Sleeping in different rooms won't make you grow apart, it will just make it easier to get a restful night's sleep," she said. "I would say we get along more and fight less because we both sleep better. Have an honest conversation with your partner and give it a trial run." 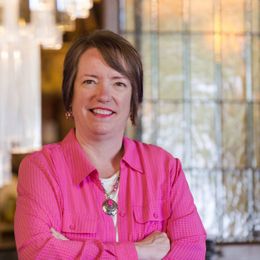 Amy C. Rea is a writer from St. Anthony, Minnesota, whose work has been published in Heavy Table, Growler Magazine, and Midwesterner, among others. She's also the author of several guidebooks to Minnesota. Read More
Advertisement