Should Gen Xers Keep or Toss the Term Retire?

Reframing that stage of life may make it less intimidating, and more accurate

Editor’s note: This article is the eighth in a series about Gen X and money by Gen X Certified Financial Planner Lazetta Rainey Braxton.

When I decided to write about Gen X and Money, my interest centered on our financial joys, concerns, trends and the opportunities to position ourselves as the next travelers on the road to retirement. Little did I realize that several columns later, I would be grappling with the term retire.

For some odd reason, saying the word (retire) aloud engendered a feeling of decline and a loss of purpose and identity. My fear of the future surfaced with irrational thoughts about transitioning from working to exiting this earth.

I decided to confess my dislike of the term publicly and invited my social network to share a new word that defines a "milestone moment in one's life when you are no longer working to make a living." I believe we all should feel inspired regarding one of the most significant periods in our lives and collaborate in supporting one another with this transition.

For some odd reason, saying the word (retire) aloud engendered a feeling of decline and a loss of purpose and identity.

Never did I imagine that the social experiment would generate so much interest! Respondents' themes spanned relaxation, relinquishment, re-engagement, reinvention and reincarnation (well, close to it)! It was clear that the concept of retirement signals something different for each person at various seasons in one's life.

The phrase "financial independence" ranked high when tallying responses. This phase ties closely with the trending "FIRE" movement ("Financial Independence Retire Early), a concept inspired by Vicki Robin and Joe Dominguez, authors of "Your Money or Your Life." Both boomers, Robin and Dominguez co-wrote this book in their late 20s and early 30s, respectively, outlining how to live modestly without the need for a job.

Obviously, for Gen Xers, we are on the train to financial independence since the ship for retiring early has sailed. As a financial planner, I have witnessed clients whose retirement nest egg comfortably supports a modest lifestyle, travel, hobbies and life's surprises. Transitioning from earning money to spending it worked out very well for them.

Yet, I also know individuals for whom retirement cornered them due to ageism, declining health and caregiving demands, and forced them to declare retirement with Social Security benefits as a lifesaver. Accordingly, financial independence can represent a luxury and bonus for retirement.

Time to Lower the Curtain on the Theater Metaphor

Another popular response centered on life as a theater play with retirement as the "Next Act," "Second Act" or "Third Act," with current respondents envisioning new roles, actors, scripts and scenes. Setting and managing the production budget cannot be overlooked, which opens the possibility of earning income on one's terms to finance this significant life stage. It must feel exhilarating to finally be the director and leading actor in your own story!

A term that brings together having enough money (financial independence) and agency with the use of your time (Next Act) is work-optional, another favorite choice among respondents. It is difficult for me to inject the term and concept of work into a season of your life when you're searching for meaning and inspiration. I believe work activity should mimic play, or at least be a passion project if you're fortunate to experience financial agency.

The term freedom resonated with quite a few respondents and signaled the joy of spending your time how, when, where and if you want. Deciding for yourself what you want out of life and having the flexibility to engage or not is a sweet deal. Another phrase mentioned, "time affluence," falls in this category.

Some retired boomers took offense at my declaration and quest to redefine their badge of honor. Who am I to dispute meaningful lived experiences by retirees who celebrate their deserved title?

"Fake It 'Til You Make It" Is Not a Plan

There were some creative spins, too, from retirees. In the "All About Your Benjamins" podcast hosted by Justin Castelli, Justin's dad, Terry, refers to it as "encore." There was practical, sage boomer advice: "Go with the flow" or "You just gotta keep livin', man!" (shout-out to "Dazed and Confused" actor Matthew McConaughey). That's the basic view, right? To keep living while you figure it out?

Yet not everyone had such an optimistic view. A few dropped the word "dead" with no disclaimer or explanation. I found myself in this category — either working or dead. Not very inspiring, I know.

Why would anyone, including me, think this way?

"We have to remember that our experience will be unique to us and not the same as those who came before us."

The "aha moment" came to me when I saw the term, "rewire." In the book "Rewirement: Rewiring The Way You Think About Retirement," author Jamie P. Hopkins suggests that anchoring — believing your life will mirror the experience of someone you know — can serve as a stumbling block to envisioning your own retirement.

"How can you know what retirement will be like for you if you haven't experienced it before?" says Hopkins. "We have to remember that our experience will be unique to us and not the same as those who came before us."

His statement resonates with me. I felt that momentary distaste for the word retire when I was reminded of a beloved family member who died two years after a dedicated 40+ year career. It was a bittersweet moment that lasted longer than mentally warranted.

My social project confirms that we are empowered to define seasons in our lives, such as retirement, based on our hopes and aspirations — as well as our fears and phobias, if we let them. We can embrace traditional words or create new terms to serve as guideposts for preparing and planning for our future.

I am pleased with my new collection of words and phrases that will serve me well on my road to … [fill in the blank]. 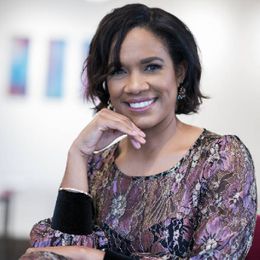 Lazetta Rainey Braxton Certfied Financial Planner Lazetta Rainey Braxton is co-CEO and co-founder of 2050 Wealth Partners and CEO and founder of Lazetta & Associates. She is passionate about amplifying diversity, inclusion, equality and belonging in the financial planning profession and does so through financial planning, public speaking, writing, consulting and coaching. She was named a 2021 Crain's New York Business Notable Black Leader and Executive as well as one of the Top 10 of Investopedia's 100 Top Financial Advisors in 2020 and 2021. In all her endeavors, she is on a mission to create wealth for the common good. Read More
Advertisement