Strategies for Communication When Facing Alzheimer's Or Other Dementias

"People will forget what you said, what you did, but never forget how you made them feel," Maya Angelou wisely said. No matter the relationship, successfully communicating wants and desires is hard work. Add cognitive decline into the mix, and the successful exchange of information can become even trickier.

The stakes are high, however, with research showing that maintaining connections is crucial to living healthier and longer. When faced with an Alzheimer's or dementia diagnosis, practicing effective communication is critical to maintaining a person's integrity, stress levels and general well-being.

So, understanding the changes in the brain, learning new ways of being with loved ones, and practicing self-care may bring peace that helps improve long-term results.

Hugh Courtney learned he had Mild Cognitive Impairment and Alzheimer's in his late 50's. As the former dean of the business school and professor at Northeastern University's D'Amore-McKim School of Business in Boston, cognition was central to his work.

"A couple of years ago, I could have a clear conversation with anybody," says Courtney. "But now there are a lot of fits and starts, getting off track, or forgetting the original question asked."

Weighing in at approximately three pounds, the brain is a complicated organ responsible for virtually every body function. Unfortunately, the hippocampus, the brain region where learning and memory are stored, is the first to be damaged by Alzheimer's.

"This has been a gradual process for me; you don't forget everything all at once."

It also helps explain why forgetting recent information is an early and defining sign of the disease. A nearby area is that of the amygdala, or emotional center, which generally is affected later on as an illness progresses.

"This has been a gradual process for me; you don't forget everything all at once," Courtney says.

Whether you're experiencing dementia or someone you know is, you've probably had one or more difficult conversations during the journey. With years of family dynamics, unresolved issues, or the realization that things will not be as they once were, it's easy to understand how this happens.

To achieve the response we most want from someone, we must evaluate the context, including the situation, who we're speaking to, and what's happened previously. Hence, the message is appropriate and understood.

Individuals with dementia may have impaired memory or reduced ability to process information. "As a result," Wray continues, "they may struggle to keep track of all that information. They have one picture of the context, while the unimpaired person has another; a mismatch between the two can lead to confusion, frustration and loss of control," she says.

It is often in the place of being in-between recall and lapses that can heighten emotions for people. However, know there is no explanation for what's remembered at any moment and that forgetting is not intentional.

Here are a few suggestions to help with the story:

"Mom has always been easily agitated and change-averse," says Cynthia Farrell, whose mother was diagnosed with Alzheimer's at 80. So with an already strained relationship, Farrell found a dementia coach to help her learn new interaction strategies.

"Try things out and just do your best."

"It's important for mom to maintain control," Farrell says. For example, she advises others in her situation not to take over activities but to encourage the person to join in, including conversations.

If you are the one living with dementia, try and be vocal in telling those close to you what your preferences are for ongoing communication to support your needs through this process.

Another way to mitigate miscommunication is through empathy. Although it's challenging to get inside the head of someone living with dementia, you can relate to how they're feeling.

The same things might not agitate you, but you do know what it feels like to be upset, so answer as you'd like to be responded to. Wray recommends treating challenging communication as a project. "Try things out and just do your best."

Monica Moreno, Senior Director of Care and Support for the Alzheimer's Association, says that some of the more common dementia behaviors like agitation, anxiety and fear are not intentional but a reaction and a way for those struggling to communicate.

Moreno suggests investigating what might be the underlying cause. Could it be the environment? Are there distractions to eliminate? Did I say or do something that was upsetting?

Krystal Culler, founder and creative director of Virtual Brain Health Center, uses a behavioral psychology acronym, "ABC." Behavior is communication to some extent. Look at the antecedent: what happened before the action and the consequence.

Answers to these questions and the practice may help you discern what your loved one is having difficulty expressing. It also helps to be a good listener.

When an individual begins to suffer from memory loss, loved ones may quickly want to eliminate the word "remember" from their vocabulary. For example, statements such as "remember when…" or "did you remember to…" may inadvertently trigger adverse reactions because they genuinely cannot summon up information as they once did.

Betsy Groves, a former clinical social worker and lecturer at Harvard University, says that these reminders are undoubtedly well-intentioned, and she often responds with "thanks." Groves learned she had Alzheimer's in her early 70s and has been adjusting to her new normal while keeping a sense of humor these last few years.

No matter which strategy you deploy, whether it's spending time doing activities or in daily interactions, kindness may be the best communication tool of all.

If a family member or someone else chides her for being forgetful, she might lightheartedly say, "Well, I do have Alzheimer's." But, reflecting, Groves continues, "my reaction has more to do with my limitations as a person."

Another recommendation is to pick your battles. For example, being right or getting in the last word may not be worth the energy or ill will felt afterward.

"Don't argue with someone with dementia; it's not worth it," says Lynn Raasch, whose mom developed Alzheimer's in her mid-60s. "Let it go no matter what stage they're in."

To help relieve your stress and frustration, Raasch advises, "Make sure you are taking care of yourself. Talk to somebody, join a support group or find a therapist. Self-care is important during what can be a rough time."

Meet People Where They Are At

No two people experience memory impairment in the same way. For this reason, Culler recommends caregivers and others mimic the language of those presenting with dementia.

For instance, is the person using complex or straightforward language? What's the length of their sentences? How quickly or slowly are they speaking? "Mirror this back," Culler says, "since this is likely what a person with decline or dementia can receive in return."

Say It In Silence

As Alzheimer's or dementia progresses, effectively communicating will most certainly become harder for all parties involved. However, a touch, smile or reassuring nod may be all that is necessary to let the other know you're there for them. So often, what we don't say has more impact than trying to find the right words.

Culler also stresses the need for non-verbal communication. "In addition to facial expression, watch your arm position, listen to the tone of your words and be aware of your physical surroundings when talking with loved ones."

She explains the effect of any or all of these combined can either reinforce your intended message or negate it altogether.

Courtney and Groves both said the support they receive from family and loved ones is instrumental in reducing stress, staying positive and maintaining mental health through their respective illnesses.

No matter which strategy you deploy, whether it's spending time doing activities or in daily interactions, kindness may be the best communication tool of all. 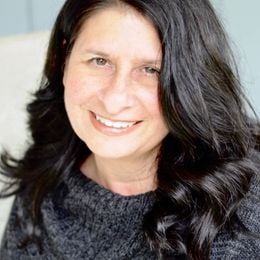