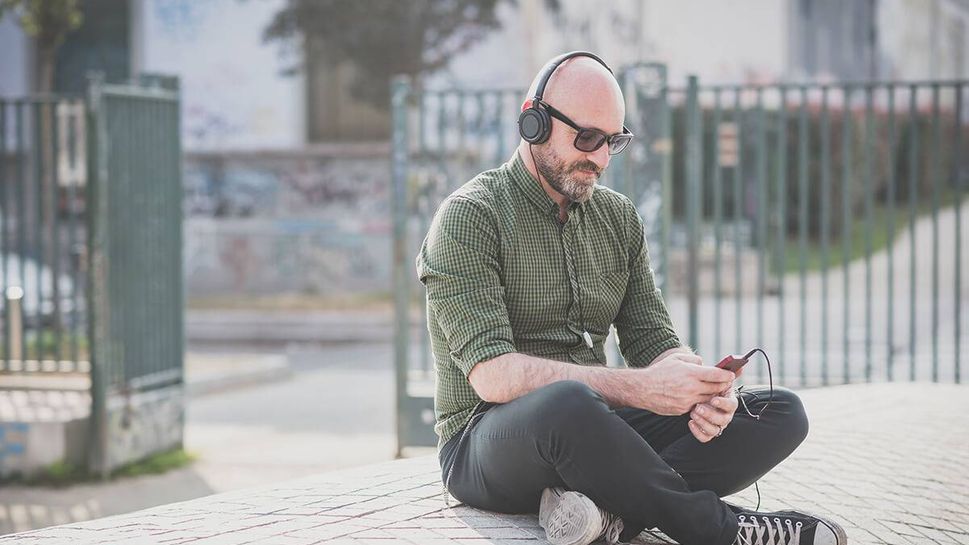 Certain songs that were popular when I was growing up will forever remind me of summer. My friends and I listened to them nonstop on the radio, at dances, on the beach and at home on our 45-RPM record players. They broadcast to us teenagers that we were free of school and teachers and tests and all the rest for nearly three months. Hallelujah!

If only we could return to those halcyon days.

Well thanks to the music, our rock ‘n’ roll music, we can.

Here’s my list of songs that immediately take me back. My picks are influenced by my love of American Bandstand and by growing up on the east coast in the 1950s and 1960s, gravitating to Doo-Wop, Soul and R&B.

Not to be confused with the Alice Cooper song School's Out (I was too old for Alice Cooper), this record was a hit as I turned 14 (1961), and for a teenager it was the quintessential declaration of freedom:

Ending with an emphatic chorus of “School is out at last,” it was such a big hit that, in typical rock ‘n’ roll copycat fashion, Bonds’ label had him record a song School Is In that same year. Needless to say, we didn’t sing along to that one. By the next summer, Gary U.S. Bonds was a has-been.

Another classic summer standard, local DJs would use this to start their Memorial Day rock ‘n’ roll extravaganza. More annoying than satisfying or danceable, it was recorded by The Jamies — a group with two members whose last name was Jameson, hence the obvious name. Compounding their lack of creativity, The Jamies released this song twice — in 1958 and again in 1962, so I guess they can’t really be called one-hit wonders. On second thought, the song never reached the Top 20, so The Jamies were actually no-hit wonders. But their song sure did remind us it was sum-sum-summertime.

Not to be outdone by The Jamies, this Doo-Wop quartet from Brooklyn released this timeless summer song in 1958 but, unlike Summertime, Summertime, One Summer Night was an actual hit. The song’s hopeful premise is that summer equals romance. Who didn’t want to fall in love during the summer? And why wouldn’t you listen to these sweet harmonies as you readied yourself for your first kiss, listening to the Danliers’ lead singer Jimmy Weston croon:

“You kissed me oh, so tenderly
and I knew this was love
and I as held you, oh so close
I knew no one could ever take your place, ohhhh”

That "ohhh" at the end always got me. And the girl, well, she never materialized.

What is it about 1958? This is the third song from that special summer that stays with me. It’s the one that lingers the longest, probably because Summertime Blues is hands down one of the best rock ‘n’ roll songs ever (it’s ranked No. 73 in Rolling Stone’s 500 Greatest Songs of All-Time). And Eddie Cochran perfectly captured the frustration and yearning that teenagers like my older brother were feeling at the time. Cochran did it with his raucous music and his movie star good looks. In fact, Eddie was rock ‘n’ roll’s version of the rebellious James Dean and, sadly, encountered the same tragic fate as Dean — killed at the age of 21 in a car accident (in England). But he burned brightly for the few years he was with us. What 1950s teenager didn’t find truth in this memorable line?

“Well, I called my congressman and he said quote,
"I'd like to help you son, but you're too young to vote"

Once school was out, along came Chubby Checker with one of the biggest hit singles of the year. Let’s Twist Again didn’t just capitalize on a dance craze, it gave a whole new meaning to summertime fun. You couldn’t hear the lines“Come on, let's twist again like we did last summer/Yeah, let's twist again like we did last year” and not get up and dance. I was still a fledgling teenager at the time, and the summer of 1961 became a memorable one thanks to The Twist giving me the courage to ask girls to dance!

Solidly into my teen years — I turned 17 the summer of ’64 — I wanted desperately to spend my entire summer at the Jersey shore, especially on the boardwalk after dark, pursuing cute girls, Ferris wheels and saltwater taffy. Thanks to this great song by The Drifters, I also longed to be “under the boardwalk/out of the sun” with a female companion. Alas, that never happened, and the song almost didn’t happen either. Rudy Lewis, The Drifters' lead singer after Ben E. King had left the group, died of a heroin overdose the night before the song was to be recorded. Not eager to postpone, The Drifters reached out to another of their former lead singers, Johnny Moore, who stepped in at the last minute. Recording challenges notwithstanding, Under the Boardwalk beguiled us with visions of pure summer delight:

From the park you hear the happy sound of a carousel
Mm-mm, you can almost taste the hot dogs and French fries they sell
Under the boardwalk, down by the sea
On a blanket with my baby is where I'll be

What rock ‘n’ roll group conjures visions of summer fun better than these California crooners? Every Beach Boy song seemed to be of or about summer — hot rods, pretty girls, beaches, sand and romance. Innocuous lyrics aside, I Get Around was pure fun-fun-fun and became the first Beach Boys song to top the charts at No. 1 in the USA. And it was the first song on their hit album that same summer of 1964, aptly titled All Summer Long. We listened to I Get Around and all the other songs on that album — among them The Girls on the Beach, Drive-In and Little Honda — all summer long.

Talk about a whole ‘nother world, and a totally different beat. Dancing in the Street burst on the scene in the August of 1964, all but commanding us to listen. We did, leaving the relatively antiseptic music of The Beach Boys far behind. Equal measures dance record, celebration and call to action, Dancing in the Street is 100 percent energy and excitement. The trumpet introduction — the “fanfare” before the song’s announcement — is one of the seminal moments in rock 'n' roll history. And then the call, the directive from Martha Reeves:

Calling out around the world
“Are you ready for a brand new beat?”
Summer’s here and the time is right
For dancing in the street.

Young people like us were dancing coast to coast. Little did we know that within a few years, we’d be marching in the streets — and in the jungles of Vietnam…

Even though the Louis Armstrong-Ella Fitzgerald version of this classic Gershwin song is my all-time favorite, you have to give a shout out to Billy Stewart and the way he transformed an old standard to make it his own. Some might call it blasphemy, but during the summer of 1966, Stewart’s version got a lot of play and climbed to the Top 10 on both the pop and R&B charts. More than any of his previous hits, Summertime showed off Billy Stewart’s unique, improvisational style of “doubling-up,” scatting his word and trilling his lips. He starts the song that way, and the energy in his Summertime never stops!

For me, the city was Pittsburgh and the summer was 1966, when I was fresh out of my first year of college. But this iconic song is whatever city and whatever summer you want it to be. Even if you never spent a summer in the city, it makes you feel as if you did. From the opening cacophony of car horns and jackhammers to John Sebastian’s voice growling, “Hot town, summer in the city/Back of my neck getting dirty and gritty,” you’re captive. Ah, but then there’s the evening, and as a 19-year-old working a very hot construction job that summer, I lived for the night time, as Summer in the City reminds us:

Those were the days, and the nights. In the summer, in the city...

Doug Bradley recently retired from the University of Wisconsin Sytem, where he was the director of communications and currently teaches a course on the effects of popular music during the Vietnam War Era. Doug is a U.S. Army veteran and the author of DEROS Vietnam, a fictional montage of war stories set during the early 1970s. He also is a member of the Deadly Writers Patrol (DWP) writing group that publishes a periodic magazine which includes work by veterans of the Iraq and Afghanistan wars. Visit doug-bradley.com to learn more. Read More
Advertisement