At 50, She's Tackling a Lifelong Dream of Hiking More Than 2,000 Miles

"I should have died or been paralyzed," says Gwen Buchanan. Despite our fuzzy Zoom connection, I see her get teary-eyed. The 50-year-old Mehoopany, Pa. physical therapist is referring to two accidents that nearly took her life. In total, she's been through rehab four times, once for each accident and again following separate bilateral hip surgeries. Though she recovered from her injuries, her accidents left her with pelvic imbalances that ultimately required joint replacements. Yet she never lost sight of her dream of hiking the entire Appalachian Trail.

"[Attempting the hike] is just an appreciation that I am alive and that I have the ability to do this."

On March 26th, one month shy of her 51st birthday, Buchanan will leave her husband, her dog, her cat and her job to begin the 2,190-mile solo trek that will start in Georgia and end in Maine. While her motivation has evolved over the years, her clear, unwavering vision of herself embracing the joys and challenges of the journey has gotten Buchanan through some of her toughest moments.

She's dreamed of the expedition ever since hiking the 59-mile Loyalsock Trail in Pennsylvania with her local 4-H club as a 13-year-old. "I cried when I had to go home," she recalls. "I loved my home. I loved my mom. But I felt so comfortable in the woods." Nature has been Buchanan's refuge ever since.

Although she occasionally hikes with friends, she prefers the company of animals. "When I go out hiking with my dog, we see bears, we see rattlesnakes," she says, "and none of that shakes me up at all." It never has. Which is why, at 13, she made plans with a friend to "thru-hike" the length of the Appalachian Trail after finishing college.

Then life got in the way. The year she graduated, her mother died of breast cancer at 52. Over time, it grew increasingly harder to manage a six-month leave from work.

Still, Buchanan nurtured her dream. She'd often fall asleep at night imagining herself in her tent along the trail or thinking about what she'd make for breakfast at camp. Since she was a teenager, she says, "It has eaten at me." Buchanan took multiday backpacking trips whenever possible and started running marathons, primarily to build endurance for the epic backpack.

On November 30, 2004, the anniversary of her mother's death, a training run with her border collie started out like any other — and ended in the ICU. After being airlifted to the hospital and intubated, she remembers waking up with wrist restraints and "tubes coming out everywhere."

"I don't want to wait any longer. You don't know what's going to happen."

Buchanan was told she'd been hit by a van, but had no memory of the accident. She was diagnosed with multiple rib fractures, a liver laceration, a spleen injury, a pelvic fracture and a lumbar fracture. Her dog didn't survive.

Following multiple surgeries, with months of rehab before her, Buchanan wasn't sure she'd ever accomplish her lifelong goal. For months, she experienced intense pain like a nail piercing her right hip socket whenever she stood on her right leg, and along with it, frustration and anxiety.

Gradually, though, her pain receded. Walks turned into runs and within a year, she ran her second marathon (her first since the accident).

Buchanan's vision of thru-hiking the Appalachian Trail was starting to come into focus again when, while driving on an icy February morning in 2008, another driver crossed the median and hit her vehicle head-on. She suffered serious injuries, including fractures to her neck and arm, trauma to her ankle and a concussion that, for months, left her feeling like her brain was "Swiss cheese." Given her neck injuries, it was a miracle she escaped without nerve damage or paralysis.

She left the hospital a second time with her body broken but her dream intact.

If anything, her resolve was stronger than ever. What began as something to add to her "life resumé" was now much more meaningful. Ever since her first accident, Buchanan saw "every day [as] a bonus day." Her second accident reinforced her sense of gratitude.

As Buchanan approaches the age her mother was when she died, that appreciation has intensified further. "I don't want to wait any longer [to thru-hike the Appalachian Trail]. You don't know what's going to happen," she says.

Buchanan's mom died before she got a chance to do many of the things she'd hoped to accomplish. Had her mother known how little time she had, "She might have lived her life differently," muses Buchanan. "And I take that to heart."

She thinks of her mom's indomitable spirit daily, while training for her imminent trek. Buchanan recalls her mother walking six miles a day and chopping down trees for firewood — even as she underwent chemotherapy.

Endurance and tenacity are in Buchanan's blood; she's completed 10 marathons. Less than two months out from her second hip replacement, she returned to full-time work at an outpatient physical therapy clinic. There, she wears a weighted vest to simulate carrying a backpack all day. She does planks and crunches while playing on the floor with her pets, and squeezes in strength training moves like calf raises and squats throughout her day.

Since her surgery, she's worked up to hiking eight pain-free miles with her weighted vest and plans to hike/run 13 miles at a time before her wilderness expedition.

Buchanan isn't just preparing her body, though. On training hikes, she enjoys imagining herself solving the kinds of problems she'll encounter on the trail. Strategizing for a potential food shortage or a flare-up of her chronic foot pain doesn't make her anxious. "It's puzzle-solving. I love it," she explains.

Technology will also help her mitigate some of the risks of hiking solo. A GPS device will keep Buchanan's husband always apprised of her location. Plus, it has an "SOS" button she can press to activate a response from the nearest emergency center.

She sees the discomfort she'll inevitably face over six months on the trail as an opportunity to grow. "I might be close to running out of food. And I'm going to need to figure out how to heal myself," she acknowledges. "It's going to be tough," she adds. But that's the point. She wants to savor every aspect of the journey, including the challenges, knowing that she very nearly lost the chance to get to the trailhead.

"I don't know if I'm going to succeed," Buchanan tells me. But the fact that she's trying is a win in its own right. "[Attempting the hike] is just an appreciation that I am alive and that I have the ability to do this."

Editor's note: According to the Appalachian Trail Conservancy (ATC), every part of the trail is currently open for day use. And while some shelters are closed, "Camping is generally allowed around closed shelters unless posted otherwise." To limit overcrowding, the ATC is encouraging hikers to voluntarily register their camping plans. Still, the organization continues to advise long-distance hikers to postpone hikes until 2022 or when the Centers for Disease Control and Prevention has deemed the pandemic under control and/or a COVID-19 vaccine or effective treatment is widely available and distributed. 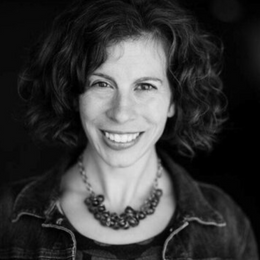 Pam Moore is a health and fitness writer, body positive health coach, certified personal trainer and occupational therapist. Her work has been published in The Washington Post, The Guardian, Runner’s World, Outside, and others. She is based in Boulder, Colo. Visit her at pam-moore.com. Read More
Advertisement