Why It's Fine to Fail Freely After 50

Post-career advice from the author of 'Tapas Life'

All your life, you've likely done your best not to fail at things. And once you're in your long career, you need to avoid regular failures if you want to be promoted, get more interesting work and earn more money, perks and benefits.

Failure at work can mean getting stuck in a dead-end job being demoted or moved to a position or location you hate or even being fired. And that can have a severe impact on your emotional well-being, as well as the well-being of your family.

No wonder most of us work to avoid failure!

After a Long Career, It's OK to Fail

Yet once that long career is complete, you don't have to prove a damned thing to anyone!

Perhaps for the first time since childhood, you can pick something that interests you and try it out — and you can be lousy at it!

It doesn't matter. All that matters is that you're interested, and that you try.

You're now at a stage of life where you can just be yourself.

If you try something and discover you have zero talent for it or just don't like it, you get to mine the experience for the learning and the discovery of what I call "future Tapas" that you may want to add to your plate. (Tapas are the small dishes of Spain that make up a tasty meal and the Tapas Life means having a variety of activities in the second half of life that make for a rich and rewarding life.)

The cure for fearing failure in the Tapas Life is to try something with really low stakes and to enjoy the experience either liking or failing: both good outcomes!

I myself added a few Tapas to my life that were pretty good fails.

After our youngest went to college, I decided to keep my business brain alive by working part-time in the solar industry. Since I'd been in the semiconductor field a long time, I knew something about the related solar photovoltaic technology.

I created a custom resumé and emailed it to the CEOs of a half-dozen solar outfits in the area, eventually got through to a few and was invited by one for an interview. My offer was 20 hours a week for waaaaay less than my earning rate when I completed my career — a reasonable way, I figured, to try this venture out.

Once that long career is complete, you don't have to prove a damned thing to anyone!

We set it up as a try-buy: I'd do a few months of project work and we'd see where that took us.

After a few months, I learned two things.

First, I learned I liked doing the projects but didn't like having to put together pretty reports. But I kept getting hit with, "So where's the executive summary? And how come there aren't any pretty graphs?" Which, to my mind, basically sucked.

I also learned that half-time work was an unwelcome encroachment on the Tapas Life I'd been assembling. So, the solar idea and I parted ways.

It was a failure, but with valuable lessons. I learned that I was rather burnt out and bored with business; that an inflexible half-time activity was too much; that I shouldn't try to be a fancy consulting type and that my love of learning about new things was reinforced.

This helped me be more focused on future Tapas selection.

Monkeying Around With APES

My next idea was to teach Advanced Placement Environmental Studies (which the kids lovingly call "APES") to high school juniors and seniors and gear them up to help the environment (and perhaps influence the way they vote once they turn 18).

I then discovered APES is considered part of the biology curriculum. I'd never taken biology, since I didn't want to dissect a frog – yuck! So, I bought the Kaplan A.P. Biology workbook and learned biology.

My wife didn't count me as a failure. She and our kids found the whole process astonishing.

Then, I studied up on all other areas of science and covered the tests that students applying to a teaching certificate program in Biology had to know.

Then, I took and passed the required tests.

Then, I applied to a graduate teaching program at a local university. They had me come in for an interview and take an essay test to make sure I could communicate, which was easy.

Then, they told me I should find a science teacher in a local high school and ask to observe their class for 10 hours. I guess this was to see if I really knew what I was getting myself into.

So, I went to our public high school and the head of the science department said that to teach APES, I'd have to start by teaching freshman Biology. That's the class I went to observe. It was horrible: a bunch of kids who mostly didn't want to be there, many of whom behaved poorly. After one hour in class, I knew it wasn't for me.

If I were allowed to teach APES, I suspected I'd be really good at it. But starting in the classroom I'd experienced, for an indeterminate number of years until I could move up the ziggurat to eventually be granted an APES classroom, was decidedly not for me.

All told, I had invested about four months in the process. A massive fail!

The Bright Side of Failing

On the bright side, I now know biology (though I suppose I did in fact know it well enough to have two kids…). I also came to realize that I'm pretty conversant in all things science related. Oh, and that I could still communicate in English.

The other silver lining is that nobody worked me over. My wife didn't count me as a failure. She and our kids found the whole process astonishing — they couldn't believe it when they saw me toiling over the two-inch-thick Kaplan A.P. Biology workbook.

They thought it was great that I gave it a try, and when I described the classroom that had laid me low, they totally understood my reaction.

Our friends marveled that I was willing to attempt such a thing.

Nobody, absolutely nobody, told me I was a fool. Rather, they admired my effort. We were still able to pay our bills. There was no downside whatsoever. It was OK to fail.

Not that I gave up right away. I also tried private schools in the area, but one wanted teachers to also coach sports, not to mention be available for all sorts of things in the evening.

In general, it seemed that they wanted me to give over my entire life to the school. Having a life already, that wasn't for me.

Sometimes, failing can lead to success. A retired doc I talked with started a medical imaging company with some friends and…they failed big at it. Then, he took the learning and applied it to a non-medical family business and was able to grow it enormously.

The lesson there: Try, fail, learn and apply the new knowledge.

Yes, your path may take you to an outcome you consider significantly subpar. But at that moment, you may find failing at something without suffering negative consequences to be an entirely new experience — and a rather liberating one at that.

Editor’s note: This article is excerpted from "Tapas Life: A rich and rewarding life after your long career." © Copyright Andrew Robin 2021, all rights reserved. 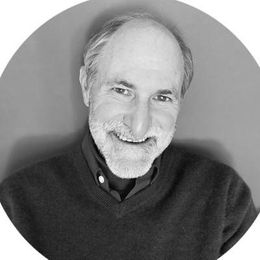 Andy Robin, author of "Tapas Life," is 68 and created his own Tapas Life after a long career in tech and five years as housedad to teenagers. Read More
Advertisement