Plan ahead for Mother Nature's magic show on April 8, 2024. Here are some of the best places across the country to view the solar eclipse.

The solar eclipse is anticipated to be the biggest travel event ever in the U.S. The duration of totality will be up to four minutes and 27 seconds, almost double that of The Great American Eclipse of August 21, 2017. The matinee show will take place in the afternoon, and while the 2017 total solar eclipse was witnessed by about 20 million people from Oregon to South Carolina, the upcoming 2024 total solar eclipse will be witnessed by many millions more.

That's because there are 32 million people already living within the United States' section of the path. Many metro areas are in the path of totality in states including Texas, Oklahoma, Arkansas, Missouri, Tennessee, Kentucky, Illinois, Indiana, Ohio, Michigan, Pennsylvania, New York, Vermont, New Hampshire and Maine. Major cities like Boston, New York, Philadelphia, Baltimore and Washington, D.C., are all just within 200 miles of the path of totality.

Pre-gaming has already started and for good reason: In 2017, many hotels and camping spots sold out way in advance of the eclipse, especially in destinations in the path of totality, but also in nearby spots.

Here are some top destinations to experience the next North American Solar Eclipse, along with some valuable planning tips.

Polly White, 59, and Michael Zeiler, 66, co-owners of Great American Eclipse will travel from their home in Santa Fe to Texas for the next North American Solar Eclipse.

"Should there be clouds, we want to be mobile if we need to get in the car to drive in search of clear skies."

This isn't their first rodeo — the couple has traveled extensively around the world to see solar eclipses. Zeiler, an eclipse cartographer, has experienced ten total solar eclipses (when the moon passes between the earth and the sun, fully blocking the sun) and three annulars (when the moon blocks the sun's center) and White has witnessed six total eclipses and one annular.

"We have chosen Fredericksburg, Texas, to view the 2024 eclipse because it is near the centerline of the path of totality and because most of Texas has excellent odds of having clear skies on eclipse day," says White. "Another factor is that, should there be clouds, we want to be mobile if we need to get in the car to drive in search of clear skies."

White says the couple also considered Mazatlán, Mexico, but decided it wasn't ideal if they had to drive to another destination in the event of unfavorable conditions like cloud coverage.

They won't be alone in the Lone Star State. Millions of people are expected to travel to Texas. "Most of Texas is a good choice for the fifty-plus crowd," says White, "simply because it can handle the large influx of tourists that is expected. Texas has the extensive infrastructure to handle it, and great road networks in every direction out of each of the major cities (again, in case of clouds). It also has a lot of RV parks, and support for that community."

White says it's best to plan to travel a day or two before and after the eclipse because the last Great American Eclipse in 2017 saw huge traffic jams, especially after the event as everyone left at the same time.

While that travel schedule is ideal, it is not an option for everyone, including Zeiler and White. Because of the nature of their business, the couple will be busy getting out orders of solar eclipse viewing glasses and other products up until the last minute, she says. Then, they'll load their dog into the car and make the drive from New Mexico to Texas.

"We will definitely stay a couple of days afterward in order to avoid the traffic jams," says White. "We chose an Airbnb in the Fredericksburg area."

"One of the most exciting things about these upcoming eclipses is the number of people expected to witness them," adds White. "It is such a wonderful experience to share with friends and family. We believe that a total solar eclipse is nature's greatest sigh — truly the most beautiful thing you can see in nature."

Upstate New York knows a thing or two about hosting star-studded big events — after all, the Winter Olympics were twice held in Lake Placid, in 1932 and 1980. And Placid will host the eclipse.

The picturesque village tucked in the Adirondack Mountains sits in the path of totality for the North American Solar Eclipse of 2024 — for a total of three minutes and 21 seconds.

Rochester will be in the path of totality for three minutes and 38 seconds, and has been deep in preparation mode for the 2024 eclipse for the past several years.

The Mirror Lake Inn Resort & Spa will be offering a solar eclipse package, available for April 7 and 8, 2024, which includes accommodations, breakfast overlooking the lake and eclipse viewing glasses.

Rochester is celebrated as "the city that made light fun" and has a long history of achievements in science, optics and imaging, says Lisa Soto, director of tourism marketing, licensing and public relations, I LOVE NY.

Expect festivals and eclipse tie-in events throughout the community including at the Rochester Museum & Science Center and RMSC's Strasenburgh Planetarium. And the breweries, distilleries, wineries, and cideries will be celebratory stops along the self-guided ROC/FLX Craft Beverage Trail that extends from Rochester to the western shores of Canandaigua Lake in the Finger Lakes.

Also of importance, Rochester has one of the best cloud coverage records for New York State. Visit Rochester Eclipse 2024 and Visit Rochester for updated eclipse info, including hotel packages.

The waterfalls at Niagara Falls State Park are naturally one compelling reason to visit Niagara County. Another reason to gush about the falls — they will be in the direct path of totality. There's also a wine trail that snakes through the region.

Indianapolis is in the top 15 U.S. cities for producing astronauts, including Neil Armstrong, alumnus of Purdue's School of Aeronautics and Astronautics. As one of the major cities located in the eclipse's direct path, the city is gearing up to put the pedal to the metal to celebrate the celestial event.

Stay at The Crowne Plaza at Historic Union Station.Thomas Edison once worked at this train station and would surely would appreciate the irony that Indy will be turning out the lights throughout the city to enhance the darkness during the eclipse.

The new Hotel Indy is a Marriott Tribute property honoring Indy history that's within walking distance to the Indiana World War Memorial and American Legion Mall, both recommended viewing zones for the eclipse.

For a smaller town experience, there's Paducah in Western Kentucky, which lies halfway between Nashville, Tennessee and St. Louis, Missouri. More importantly, it's located in the path of totality for the 2024 solar eclipse.

Paducah shines with cultural flavor. In fact, UNESCO has designated Paducah as the world's seventh Creative City of Crafts and Folk Art; it's home to The National Quilt Museum, the largest museum dedicated to quilting in the world.

History lovers will want to hang their hats downtown at the 1857 Hotel, a ten-room boutique hotel housed in a renovated red-brick antebellum building that originally served as a gentlemen's haberdashery and an adjoining turn-of-the-century tractor repair shop.

And a river runs through it. In fact, the Paducah Riverfront area is spot-on for viewing the solar eclipse. Running along the confluence of the Tennessee and Ohio rivers, the riverfront offers walking trails that parallel the river with views of adjacent Shawnee National Forest. The riverfront is separated from downtown Paducah by the infamous flood walls decorated with the "Wall to Wall" murals — 50 large-scale murals that depict the city's history.

Those in the Northeast might want to consider the Pine Tree State, which will be the last spot in the path of totality in the U.S. Hotel bookings have already begun, according to a tourism officer for the Maine Office of Tourism.

Communities in the small towns of Houlton, Jackman and Greenville are expected to be especially impacted with visitors, and preparations for safety and traffic are in the works. Expect lots of eclipse tie-in restaurant menus, activities, themed souvenir gifts, and cool tours of the renowned to-scale solar system which runs along Route 1 in Houlton.

The Maine Office of Tourism will provide visitors with solar eclipse glasses. Visit for updates on lodging and events.

It isn't always practical to travel a great distance to witness an eclipse in a destination lucky enough to sit in the direct path of totality.

For example, those living in the Pacific Northwest, will see only a tiny glimpse of a partial eclipse, but that is where Jon and Wendy Callahan will be watching it, not far from their home in Vancouver, Canada.

"Witnessing an eclipse from the water is truly an out-of-body experience."

"We have a boat that we will be taking to Ross Lake National Recreation Area, and we will hopefully be witnessing the eclipse from the water," he says. "We chose this location because we are experienced with the lake and were fortunate enough to have seen the partial solar eclipse in 2017. And although we may not see the total eclipse from here in 2024, we feel very comfortable in the location for our age. I am an experienced fisherman and witnessing an eclipse from the water is truly an out-of-body experience."

Several factors figured into the couple's decision. "We also have some very close friends that live near the lake," says Callahan, "and as my wife has Type 1 diabetes, it's always best for us to travel to familiar locations. We were considering staying with our family in Texas to get the total eclipse view, but we settled on Ross Lake."

The couple will travel by road and take the boat by trailer. "Especially at our age, it really is a once-in-a-lifetime event and something that brings the whole nation together," says Callahan. 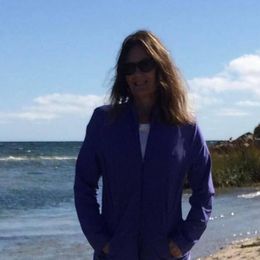