The 411 on Becoming a Suicide Hotline Volunteer

"How many times in your life will you do something with such a profound effect on someone?" asks Travis Hudelson, 64, of Cranford, New Jersey, a suicide hotline volunteer with the Westfield, New Jersey, Caring Contact crisis center.

He has a good point. Every time Hudelson and other volunteers answer a suicide hotline call, they have the chance to save a life.

"Our goal is that at the end of each call, the caller agrees to stay safe — for now," he says.

As a volunteer, Hudelson has noticed an increase in calls in the last month. On July 16, 2022, the Suicide & Crisis Lifeline moved to a 3-digit calling code: 988. Prior to that, callers used an 800 number to reach the National Suicide Prevention Lifeline. That number, 1-800-273-TALK (8255), is still available for those in crisis.

"Our goal at that at the end of each call, the caller agrees to stay safe — for now," he says.

Lifeline calls are answered by people in crisis centers, and there are over 200 of those centers nationally, funded by localities and states.

Calls to the Lifeline are routed to their closest center based on area code. The reasoning is simple: local counselors at crisis centers are most familiar with community mental health resources and can provide referrals to them. If a local center is at capacity for handling calls, the calls are routed to a backup network of in-state centers, as well as a national center, operating 24/7, 365 days a year.

Even before the expected increase in calls due to the 988 rollout, many states had trouble staffing and answering calls. Federal funding for the 988 rollout may help, but volunteers are critically important in making sure those calls get answered.

The Need for Volunteers

Volunteers are generally over 18, and "we look for folks who are caring, and have empathy and the ability to convey warmth — everything else, we will train," says Shye Louis, 988 Suicide & Crisis Lifeline, Interim Senior Director of Standards, Training, and Practices at Vibrant Emotional Health (the nonprofit administrator of the Lifeline).

Volunteer shifts are available for retirees, people who work full-time, students, and any other adults. Bilingual hotline volunteers (especially Spanish-speaking) are in high demand, says Louis.

If you're homebound or prefer to volunteer from home, you may still be able to help. Since COVID-19, some centers have created processes that allow hotline volunteers to take calls from home.

"Even if your closest local center doesn't allow remote volunteering, you can check with other centers in your state that may offer remote opportunities," says Louis.

In order to help those in crisis, suicide hotline volunteers go through comprehensive training.

While every center has different training requirements, expect to spend between 40 and 100 hours on training, says Louis. To accommodate different schedules, training may be offered at a variety of times, including days, nights, and weekends depending on the specific center.

Many callers aren't at the point where they are considering suicide, but these are the types of calls that intimidate volunteers, according to Louis.

"Much of the training that centers provide is around how to assess and support the safety of people who may be having thoughts of suicide and how to de-escalate immediate crises for people experiencing emotional distress," says Louis. "After completing training, any crisis counselor will have the tools and guidance they need to help people in crisis, as well as having a clear understanding of how and when to seek support in the moment from their training/supervisory team with handling a difficult conversation."

What Happens During a Hotline Shift

Hudelson works full-time selling technology products, so he volunteers for late afternoon, early evening and weekend shifts. He has been a hotline volunteer for four years, after serving on the board of the Westfield, New Jersey crisis center prior to that.

Taking time to decompress after each call is important, says Hudelson, because "you need to be engaged with the caller on every call."

The center asks volunteers to commit to 8 hours per month, and during a typical shift, Hudelson will work for a couple of hours and take calls that last on average 20-40 minutes. In between calls, he'll keep records of his calls, and take breaks between them.

Taking time to decompress after each call is important, says Hudelson, because "you need to be engaged with the caller on every call."

While Hudelson is comfortable answering calls, it wasn't always that way.

"It was kind of terrifying the first time I took a call," he says.

The training program includes having an experienced counselor alongside volunteers as they begin taking calls. "I think I had someone with me for the first couple of months," Hudelson recalls.

Even though he's a seasoned volunteer, he still keeps a wallet card from his Applied Suicide Intervention Skills Training (ASIST) in front of him on all calls. The card reminds him of the 6 steps to use when having a conversation with a caller in crisis.

Hudelson says that the training he received has helped him become a better listener, and more.

"One of the issues in society today is a lack of empathy and understanding. The training I received as a hotline volunteer helped me learn to talk with someone and really understand what they're feeling," he says.

If you're interested in volunteering, you can find opportunities available in your local area by going to the 988 Suicide & Crisis Hotline Volunteer and Job Opportunities page.

Editor’s note: "Facing Suicide" is a new PBS documentary exploring the personal stories of Americans impacted by suicide, and journeys to the frontlines of medical and scientific research to meet those working to help people at risk. "Facing Suicide," narrated by Josh Charles ("The Good Wife") is now available for streaming on PBS. 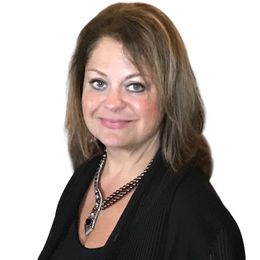 Margie Zable Fisher is a freelance writer and the founder of The 50-Year-Old Mermaid, where she and other 50+ women share their learnings and experiences on living their best lives after 50. Her website is margiezfisher.com. Read More