She Started a 'Buzz' In Her Independent Living Residence

Diana Wiener believed she wasn't the only one looking for answers in the pandemic, so she launched a newsletter that caused a stir

In March 2020, Diana Wiener knew that COVID-19 was present in the Five Star Premier Residences of Yonkers, N.Y., an independent living community where she lives with her husband. But Wiener, 80, was not happy about how the management was communicating with her neighbors and her about the virus.

But more troubling was not knowing which of their neighbors (or building employees) might be sick with COVID-19. And as some residents vanished, Wiener didn't know if they had died or simply gone to live with relatives.

Wiener wasn't just being nosy. It was a matter of health. "We wanted to know," she says. "If my neighbor has COVID-19, I want to know, and I'm entitled to know."

Citing HIPAA (Health Insurance Portability and Accountability Act) laws, the building's management team refused to reveal who was sick or who had died.

"Somebody had to stand up and do something and say something."

According to Wiener, "This place had thirteen deaths in the first two weeks of April. No one knew anything. We still don't know their names, which to me is criminal."

So, she decided to start The Buzz, a newsletter that would keep people informed about the building and give them reliable news and information about the pandemic. When she contacted the building's executive director to tell him of her idea, she says he told her: "Don't do it. You're going to upset everyone. They can't understand it all."

"We are not children! The people who live here are educated — they have Ph.Ds, they're doctors, lawyers, and teachers. They've got their marbles and I wasn't going to stand for it! Somebody had to stand up and do something and say something," she says.

Wiener met secretly with two neighbors in a stairwell (each of them wearing masks and socially distanced) to tell them what she planned to do. She had their full support.

"Diana is a force of nature," says Eve Boden, one of the neighbors in that stairwell meeting. "She's just amazing and creative and wonderful. The Buzz was just a powerful voice which helped people to not feel as isolated."

Though Wiener was never a journalist, she figured out how to lay out and produce the newsletter. "It was a real challenge, and it was exciting to me to learn how to do it," she says. "And it was glossy, and it was sexy looking. And it was worth the information. There were pictures, I took lots of pictures."

The first issues of The Buzz, which were slipped under residents' doors by Wiener, Boden and another friend, contained information Wiener gleaned from the Centers for Disease Control and Prevention (CDC) and from New York State Department of Health resources.

"I shared whatever information I could find," Wiener says. "I mean, it was everything from how to wash your hands to how to wear a mask or how to choose one. Even why you need to wear a mask."

While the Five Star Premier Residences was sending emails containing some COVID-19 information, Wiener said it was scant and didn't help the many people in the building who did not have email addresses and could not use a computer.

Wiener found a secret source (whom she still will not name) who gave her information about illnesses and deaths.

Eventually, the issues contained an "In Memoriam" column which listed the names of people who had passed away (Wiener confirmed each death with an additional source and was never able to say — because she didn't know — who had died of COVID-19 or from other causes.)

There was also a "Get Well" listing, which let people know about residents who were ill (again, their illnesses were not named.)

'The Buzz' Became a Catalyst

Published once a month, The Buzz also contained book reviews, original poetry written by residents, even interviews with people living at the Five Star Residences. The response was overwhelmingly positive.

People loved it, and soon Wiener was receiving cash donations (some as small as $5) from neighbors to cover printing costs.

The Buzz published pictures of the residence's garden, for example, where tenants had been prevented from gathering due to COVID-19. Wiener couldn't understand why an outdoor space could not be opened. "Two days after the Buzz came out, guess what was open?" Wiener says.

"You're just never too old to do the right thing. You can remedy things — and even one person can make a difference."

The Buzz was not able to stave off a rent increase, however, but news of it led to a petition objecting to a 5% rent hike. "They chose to ignore the petition and then they raised the rent in the middle of pandemic last year," Wiener says.

Wiener, a former city councilwoman from Port Jervis, N.Y., has a penchant for helping people — and a reputation for not taking things sitting down.

But, she says, The Buzz experience has taught her an important lesson, "You're just never too old to do the right thing. You can remedy things — and even one person can make a difference," she says.

An article about Wiener and The Buzz appeared in The New York Times last winter, which led retirees in senior living developments around the country facing similar problems to contact her about starting their own newsletter. She has shared her template for The Buzz, and encouraged each to start their own version.

Recently, however, Wiener published her last issue of The Buzz. She will be moving to Manhattan in mid-July, partly because of the rent increases and partly because of her disappointment in the way her residence responded to the pandemic.

In response to news of her departure, The Premier Residences of Yonkers issued this statement: "Diana Wiener, the founder and editor of the resident newsletter, has been a wonderful contributor to our community for many years, and we wish her and her family all the best. At Premier Residences of Yonkers, our top priority has always been, and will continue to be, protecting the health and safety of all of those who call Premier Residences home. We will continue to prioritize our efforts to keep our residents informed about all aspects of our community, including the latest developments related to the COVID-19 pandemic." 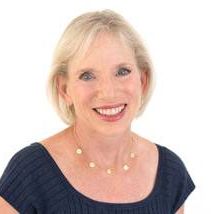 
Andrea Atkins is a freelance writer whose articles and essays have appeared in numerous national magazines and web sites. She and her husband raised their two daughters in Westchester County, NY, where they still live.  Read More
Advertisement