Zigzagging to a Successful Third Act

Countless people have launched a second act in their 50s. But how many have attempted a third?

Had I not been kicked to the curb at 56, I might not be living my best life now in my third act — eight years later.

At 50, I left my job, using a voluntary separation package and outplacement assistance to reinvent myself.

I knew half a century ago that my path was not going to be straightforward when I considered becoming either a math teacher, an English teacher or a famous comedic actress.

I majored in English, and after failing to get a teaching job, went to grad school for more English.

The two-year graduate degree wound up taking four years, thanks to some insanely poor boyfriend choices, general confusion and my switch from Literature to Writing and Editing. I'd concluded that my life's calling was to explain technical concepts in a way that non-technical people could understand.

I would, I decided, become a technical writer.

I landed my first professional job as a technical/promotional writer in a small health care computing company, thus beginning a 38-year unbroken streak of positions with a slash in their titles.

It was a great post-graduate gig; I was writing for a living and managed to find a smart, funny male colleague with good raw qualities to be shaped into husband material.

After six months, I leapfrogged to a business/systems analyst position at a major firm. I then spent the next 22 years as a technical writer/requirements analyst, information architect/user experience analyst/project manager/senior interaction manager, systems/requirements analyst. Despite the diverse titles, I had the same role: liaison between the users and the builders of technology.

While I was deeply entrenched in the non-sexy software applications area of Information Technology by day, I was also honing my humor-writing chops on the side.

In the late '90s, I was tapped to manage an innovation project, researching cutting-edge business opportunities. It was exhilarating, and I decided that Innovation was where I really wanted to be. So, I began my path toward a grueling MBA degree in Entrepreneurship and Innovation at 41 — when my older child started kindergarten.

I completed this degree while working full-time at my day job, moonlighting as an innovation consultant and raising two kids. Everything got done eventually (except laundry).

At 50, I left my job, using a voluntary separation package and outplacement assistance to reinvent myself.

The outplacement representative provided an extensive inventory for me to complete — the professional equivalent of "which Kardashian are you?"— and of course, it came out that I am all the Kardashians, even Rob.

I had too many interests and directions, needed to make money, wanted to flex my creative muscles and yearned for anything other than software applications.

I bounced around a bit before taking a full-time position in technology innovation and planning. It was billed as a "unique" position with an eight-slash job description. On paper, it sounded like a great fit. However, the organizational culture was arrogant, the commute was long and I had so many tasks that I couldn't develop expertise in any of them.

But here's the thing: Being miserable at a job, I found, is terrific for building your side hustle as a comedian.

I pursued storytelling and stand-up comedy while considering what I might do if I left the job. That consideration was moot; I was laid off, by surprise, at 56.

I was shocked, panicked, depressed and angry. My little tikes were now in college or headed there. A financial tsunami was headed my way and I had to squeeze my post-menopausal body into a business suit to find my next gig.

My husband suggested I might want to use this opportunity to scale back my work and focus on a comedy career.

"Au contraire, dear!" I declared. "I'm going to start a consulting practice to do everything I want to do. On my own terms. While keeping the roof over our heads and food on the table."

The truth is, I like corporate work. I like the salt mines, the smell of the corporate coffeemaker, the challenge of a jammed copy machine.

Six weeks after getting laid off, I held my nose, dipped into my 401(k) — yes, I know that's frowned upon by financial pros — and took the leap into consulting.

I basically Lean Startup-ed myself.

The Lean Startup approach in the business world is to build a "minimum viable product" and launch it with real customers. So, I made business cards listing my various skills and went to events pitching one consulting offering or another. I also met with business coaches and professional connections and took personal branding workshops.

Problem was, I'm a terrible networker. My elevator pitch requires a trip on the Empire State Building elevator.

At 60, I dove back into software applications — as a consultant. It feels like home.

Stand-up comedy is great training for rejection, however. With stand-up as with a start-up, you must get out there ("get stage time," we call it) to understand what works. It takes about 80 hours to produce three minutes of stand-up comedy material and from those three minutes, maybe there's one "good" minute that'll survive the beta test in front of a live audience.

Along these lines, I sent out 5,000 cold-call letters to strangers, offering my consulting services. I got 20 bites, had four phone calls, and landed one amazing innovation workshop gig (yup, a 0.02% success rate here, too).

After some soul searching, I connected with one of my favorite former bosses, who was now head of an IT department. I missed working in the trenches. So, at 60, I dove back into software applications — as a consultant.

My bank account has risen from the dead (much, much joy).

I am still performing and writing. Last month, I was one of seven finalists in the 2021 Ladies of Laughter® Story Slam Competition.

And all of this lets me put delicious food on the table for my kids (now in their late 20s) — when they visit.

My friends are winding down toward retirement; at 64, I'm just getting fired up. If Grandma Moses could begin painting at 78, I have years ahead of me. Who knows? Maybe there'll be an encore for me as the Grandma Moses of the comedy circuit.

Editor’s note: This article is part of "America's Entrepreneurs," a Next Avenue initiative made possible by the Richard M. Schulze Family Foundation and EIX, the Entrepreneur Innovation Exchange. 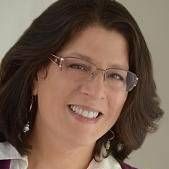 Ivy Eisenberg is an award-winning humor writer, storyteller and comedian. She performs and produces solo shows and stories in venues throughout the greater New York City area, Washington, D.C. and online. She also coaches storytellers. By day, she runs a IT and Innovation consultancy, Our IdeaWorks. Last month, she was one of seven finalists in the 2021 Ladies of Laughter® Story Slam Competition. Read More
Advertisement