Tips for Buying a New Car in Today's Market

With supplies low and demand high, dealers have more leverage and buyers must work harder

Kyla Moles has purchased many cars in her life, but her latest quest for a vehicle felt more like a competition than a shopping expedition. "It was a harrowing experience," says the 53-year-old office manager and mom of three. Her more than seven-month attempt to buy a new 2022 Hyundai Palisade finally ended in March when she drove off a dealer's lot that is more than two hours away from her home in Dallas.

The distress came in many forms. Among them: Though she's known for her haggling skills, Moles discovered she had little leverage. Dealers of a different brand pressured her to purchase a used vehicle for more than the price of a new one. She spent hours searching the online inventories of dealerships throughout Texas and Oklahoma.

If you haven't shopped for a vehicle recently, there are some things you should know to prepare for the topsy-turvy road ahead.

Moles's frustrating journey can be traced to a nationwide problem: Demand for automobiles is outpacing supply, which is strained by the global shortage of semiconductor chips. Sales of new vehicles during the first quarter of 2022 were the lowest in a decade, according to the research firm Cox Automotive.

As Moles and so many other shoppers have learned, buying a new vehicle today takes resourcefulness, patience and flexibility. Healthy doses of luck and digital savvy go a long way, too. If you haven't shopped for a vehicle recently, there are some things you should know to prepare for the topsy-turvy road ahead.

Fewer Cars to Choose From

You may be able to walk up to a dealership and find the exact car you want. If so, consider yourself extremely fortunate. "Customers looking for a new vehicle should not expect to see rows of vehicles and every trim line on the lots, as in years past," says Marc Cannon, executive vice president and chief customer experience officer at the car retailer AutoNation.

Autos that do make it to dealers' lots typically move fast. Consultants J.D. Power and LMC Automotive predicted 56% of vehicles would sell within 10 days of arriving at a dealership in April.

Making a purchase decision quickly is important, and so is being willing to budge. "I tell people the more flexibility you have in terms of things like colors and bells and whistles, the better our chances of getting you something sometime this year," says LeeAnn Shattuck, who helps clients choose and buy vehicles and goes by the name "The Car Chick."

Slim inventories also mean slim opportunities for test drives. Since buying a car without driving it first is not something Shattuck recommends, she's had to get creative. She may suggest clients test a car in a trim level or even a used one to experience the ride quality, for instance, and how the seats feel. Renting from a resource like the car-sharing marketplace Turo could also be a solution, she says.

A third option is borrowing a car of a friend or relative—that's how Moles was able to test drive a Palisade.

Learn about 'Factory Order' and 'In Transit'

Many people who can potentially wait months for a new car are purchasing through alternative means. Some manufacturers allow customers to order from the factory, for instance. Dealerships usually handle factory orders, and many are handling a lot. "AutoNation's incoming new vehicle inventory, for the most part, has been pre-ordered," Cannon says.

Another strategy is to put a deposit on a specific vehicle that is "in transit" from the factory to a dealership. You may find this status attached to cars that are advertised on manufacturer and dealer websites.

If you see an in-transit car you like, contact the dealership it's heading to and ask if it's still available for purchase and if you can put a deposit on it. Dealerships have different rules about deposits, and many will require non-refundable ones that must be paid in-person.

Some dealers may propose a third alternative that Shattuck doesn't recommend. You can pay a refundable deposit to reserve a car that dealers hope they will be allocated—as opposed to a specific one with a vehicle identification number (VIN).

"They are taking your money without a car to associate your money with," Shattuck says. "You should never put a deposit down on a car that they don't have a VIN for."

Stuck with the Sticker Price, or More

It's now common to pay more than sticker price, which is also called the manufacturer's suggested retail price (MSRP). Buyers paid above MSRP in 82.2% of all new vehicle purchases in January 2022, compared with 2.8% in January 2021 and 0.3% in January 2020, according to the research firm Edmunds.

"These days I feel like, if you get to sticker price, that's a good deal," says Ronald Montoya, senior consumer advice editor at Edmunds.

One way you could pay more than MSRP is if you're charged for "dealer add-ons," the extras dealers install such as window tinting, paint protection and filling tires with nitrogen instead of air. "In the past I've refused to pay for those," Shattuck says. "Now it's more of trying to minimize them or at least make them things that are useful for [my specific client], like, 'Can we have this instead of that?'"

"You don't get anything for it — they're just charging you an extra fee because they can."

Some dealers are also tacking on a "market adjustment" that can boost the price by thousands of dollars. "You don't get anything for it — they're just charging you an extra fee because they can," Montoya says.

Knowing there's likely another buyer around the corner, dealers may be unwilling to negotiate on these extra costs. However, you may find a better deal if you expand your search radius.

"There are dealers that are not marking up their vehicles and will just charge you MSRP," Montoya says. "I would like to shop at those even if it means driving an hour or two." The crowdsourced website Markups.org can help you see which dealers are tacking on extra costs.

"One bit of good news is trade-in values are at record highs, so you may get far more than you ever thought you would for your car," Montoya says.

Indeed, Moles was thrilled the dealership gave her a trade-in offer that was close to what she had originally paid for her "well-loved" 2017 Honda Pilot.

Moles had sought trade-in offers from more than one source, a strategy Shattuck recommends. "There is absolutely room for negotiation on the value of your trade," Shattuck says.

The Market Will Not Change Soon

Rising gas prices and interest rates could dampen demand for new cars in the short term.

What's more predictable is that the supply side of the equation will remain messy. "Improved inventory conditions will likely not happen in 2022 as many customers are now waiting for their already reserved vehicles to be built," according to a statement from Cox Automotive Senior Economist Charlie Chesbrough.

Yet, Montoya speculates that car buying may not revert to the way it was pre-pandemic. "Dealers have realized they can get away with having fewer vehicles on site and then charging more for them," he says. "We may see a reduced level of inventory even when things are good because of how the dealerships have adjusted to selling under these times."

Moles, meanwhile, is now a happy driver. "I think my waiting game was perfect," she says. "[My car] turned out to be everything I wanted." 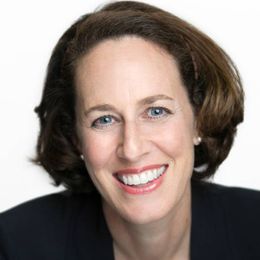