How to Know if a 'Top Doctor' Is a Good Doctor

Advice to help avoid a catastrophe due to incompetent, unethical physicians

Finding the best doctor in town can be a huge comfort in the midst of a medical crisis. I know. When I was diagnosed with the BRCA2 gene [linked to breast cancer risk], I opted for a preventative double mastectomy to greatly reduce my risk. A prominent plastic surgeon known for breast reconstruction was on staff at a hospital in my city, and that seemed like a godsend.

His stellar reputation preceded him. Unfortunately, he didn't tell me he was conducting research and promotion on a device for Allergan, a pharmaceutical company, and lining his pockets with hundreds of thousands of dollars he was receiving from them. Nor did I know he planned to use that device on me, without my consent.

His experiment failed, causing deformity, severe pain and necessitating three additional corrective surgeries to date. I learned the truth about this surgeon only after things went terribly wrong.

How best to avoid calamity with a physician who seems great because he or she shows up in "Top Doctor" lists? Take heed and take action. What can seem like a signifier of excellence may actually be a red flag. Here are some qualifiers that often attract patients, and how to properly evaluate them:

There’s a story behind each line of stars in star ratings. Doctors have been known to ask patients for good reviews and even sometimes ask patients to remove bad ones. Sadly, it happens. Physicians can exaggerate and use Yelp for self-serving purposes.

Examine the criteria evaluated in Yelp ratings, such as waiting time, friendliness of office staff and office environment, all of which have nothing to do with patient care. This paradigm can be deceiving and weight the ratings in either direction.

“Every year, metro magazines around the country publish lists touting the ‘top’ and ‘best’ doctors in town,” writes Shelly Reese in Medscape, a website for physicians and other health professionals. “The issues are money-makers for the magazines and public relations fodder for doctors, hospitals and health systems. Even doctors themselves appear to be wildly ambivalent — and highly skeptical — about the lists.”

My husband, a physician who has appeared on these lists, agrees. “Everyone votes for their friends. And the lists are sometimes a joke. My friend was listed as a ‘best cardiologist,’ though he had long since become a psychiatrist,” he says.

Then there is the case of Dr. Danny Kao, who had a thriving practice for 25 years in Marin County, Calif. He made a Best Doctors list, but only after he retired.

When you read a quote from a doctor in a magazine, hear him or her on the radio or see the physician on television, keep in mind this may be the result of public relations professionals or purchased ads.

Being smart enough to get accepted to Harvard or Yale is certainly commendable. Here are some other qualities that are equally as important as intelligence: sound judgment, openness and honesty. Look for experience, strong deductive reasoning and solid values.

The ‘Eager to Test, Eager to Prescribe’ Doctor

Running more tests and prescribing more medicine is not always better medicine. Does the doctor trust her own judgment? Will ordering lots of tests reduce the likelihood of being sued?

There are some doctors known among other physicians for ordering diagnostic tests or procedures for their own financial benefit. Always ask the reason for any tests prescribed and don't be reluctant to get a second opinion.

Patients tend to favor doctors who comply with their prescription requests, especially for antibiotics, pain and sleep medication, even though it’s not necessarily “good doctoring.” Dr. Kevin Pho, a primary care physician in Nashua, N.H., (blogger and founder of the website KevinMD.com) sums it up: “Patients may find that doctors who have mixed reviews may actually provide better care because these physicians occasionally say no to patients.”

The Doctor Who Lavishes Attention on You

Thanks to Electronic Medical Record mandates and diminishing insurance reimbursements, the patient-doctor relationship has devolved to shorter interactions. So, the doctor who spends a lot of time with a patient may be perceived as being a better doctor than she or he actually is.

The Doctor With a Clean Record on the Medical Board Site

I was shocked to see the physician who botched my surgery listed as having “No Settlements” on the Medical Board of California website. All settlements over $29,999 here must be reported to the board within a 30-day period, so I expected mine to show up. Then I found this on the Medical Board’s website:

“Judgments and arbitration awards are posted upon receipt. Settlements are disclosed after a physician has accumulated three or four settlements within a five-year period (depending upon the specialty of the physician). After five years, the information is removed from the Board's website but is still available to the public upon request for a 10-year period.”

Really, three or four settlements within a five-year period? I had to search very deep to get this information on the website. But you'd probably want to know up front that a doctor you're thinking about going to has had any settlements. A “No Settlements” listing seems very misleading.

Not all state medical boards have the same reporting or disclosure criteria. A better way to find out about your doctor is simply to search the person’s name and the word “lawsuit” in your browser.

If your doctor is a spokesperson for a pharmaceutical company or has a financial interest in a drug or device company, beware. He or she may have expert knowledge about a product, but financial interests can and do cloud judgment.

“The more money doctors receive from drug and medical device companies, the more brand-name drugs they tend to prescribe,” a new ProPublica analysis shows. Even a meal can make a difference.”

Websites such as ProPublica and Open Payments list payments given to doctors by pharmaceutical and device companies, often right down to their travel expense reimbursements. When I checked out my surgeon on ProPublica, hundreds of thousands of dollars of payments to him by Allergan appeared. In fact, it showed that he was the highest paid doctor in the country at that time for “SERI Scaffold,” the device he implanted in me. I wish I had known about this site sooner.

Remember it’s not only OK to ask questions, it's crucial. Your health is at stake. A little extra research can go a long way in finding the right doctor. 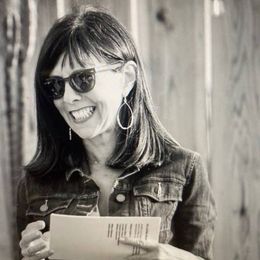 Wendy Sue Knecht is a health activist, a former flight attendant, a designer of travel bags and author of Life, Love, and a Hijacking: My Pan Am Memoir. She blogs at WendySueKnecht. Read More
Advertisement