A few habits at home could be sabotaging your weight. Here are easy tips to drop the pounds. 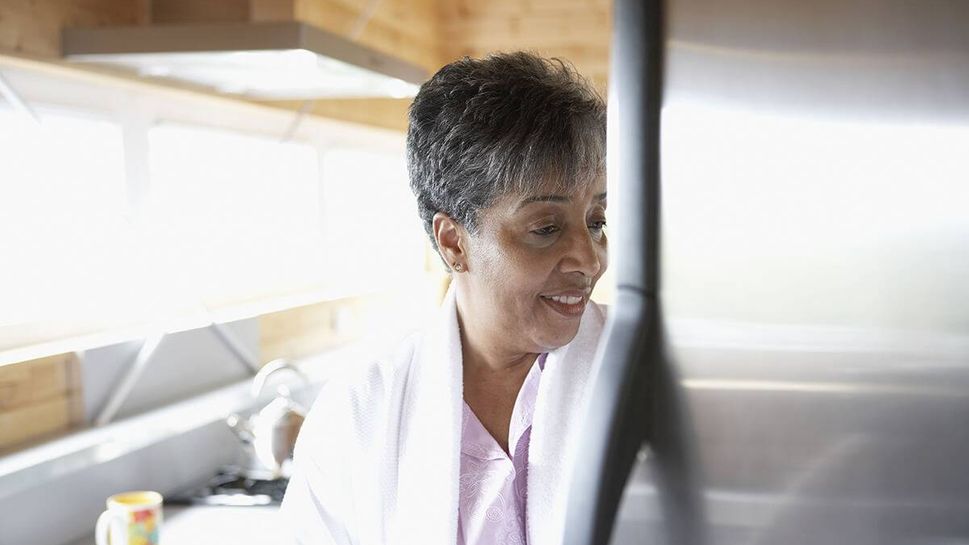 Do you ever have the sneaking suspicion that the place where you spend the most time — your home — is conspiring to make you overweight? If you ask Brian Wansink, he’d confirm your theory and tell you that just a few adjustments can make all the difference in your weight-loss (or weight-maintenance) efforts.

“Making really small changes at the dining room table and in how you set up the kitchen and fridge” can help you eat less and eat better, says Wansink, the former USDA executive director in charge of the Dietary Guidelines for 2010 and the Food Guide Pyramid, current director of the Cornell University Food and Brand Lab and author of Slim by Design: Mindless Eating Solutions. “Changes you make for yourself will also make your kids and grandkids healthier and happier without their really noticing it.” 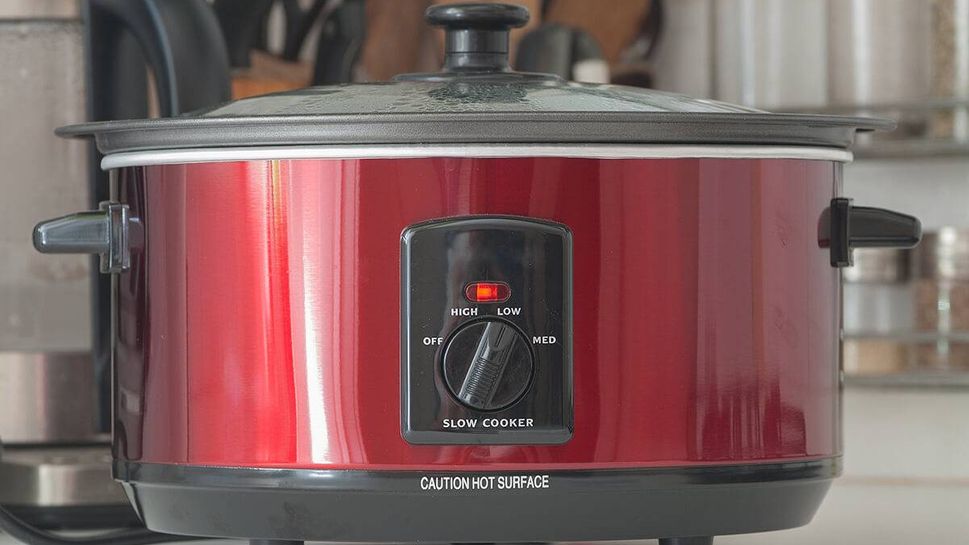 Slow Cooker Solution: Halve the amount of starch, double the veggies and use the same amount of protein to make your meals healthier.

Have a favorite beef stew recipe that satisfies the meat-and-potatoes fans in your family? There’s no need to swap it out for grilled chicken and steamed veggies to drop pounds. Just adjust the proportion of the ingredients. “We did a study a while back, trying to teach people to use slow cookers,” says Wansink. They asked participants to cook a recipe in the slow cooker and report back on how it tasted. The next week, they asked them to prepare the same recipe with the same amount of meat, but to double the veggies and halve the starch (potatoes, rice, etc.). “They came back the next week and told us they didn’t notice any difference. People tend to report that the food tastes equally good, even though it’s a lot healthier,” said Wansink. 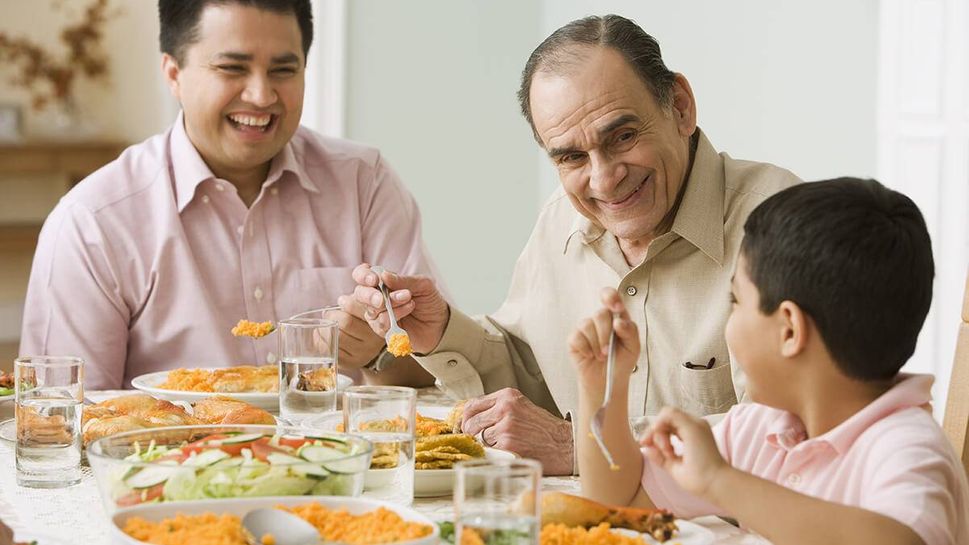 The Serving Solution: Keep main dishes and starches off the table. Have the family serve themselves from the kitchen, instead.

Serving food from platters on the table can inspire feelings of togetherness and warmth at mealtime, but it also creates darn-near irresistible temptation for the family. “The biggest [problem] is putting too many foods on the table,” says Wansink, because eating seconds (and thirds and fourths) is just an arms’ reach away. This phenomenon hits men especially hard. Wansink notes: “Guys are more cursed with multiple servings because we eat fast. We’ll serve ourselves seconds just to kill time. Moving the serving bowl six feet away (to a side counter) decreases how much guys eat by 29 percent.” Women eat only 9 percent less, since they’re less likely to eat additional portions to begin with, Wansink explains. 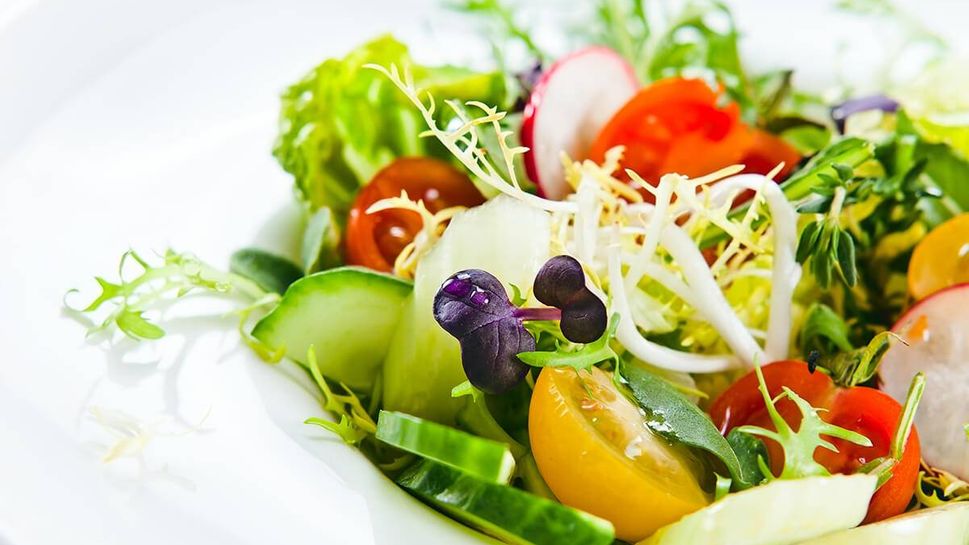 The Food-Order Solution: Serve the salad and/or veggies before the main course.

Fresh fruit and vegetables should be a top priority for adults who want to maintain a healthy weight, and this is doubly important for the small kids in your life. “The No. 1 most effective thing with kids is making sure that the vegetables and salad are served up first before anything else is brought to the table,” says Wansink. “All kids (and, really, most adults) would rather have the pasta or ribs before they have the salad or green beans, but their stomachs are small, so they get filled up fast.” Meaning, if you don’t open the meal with the healthy stuff, it’s pretty much guaranteed they won’t eat it. 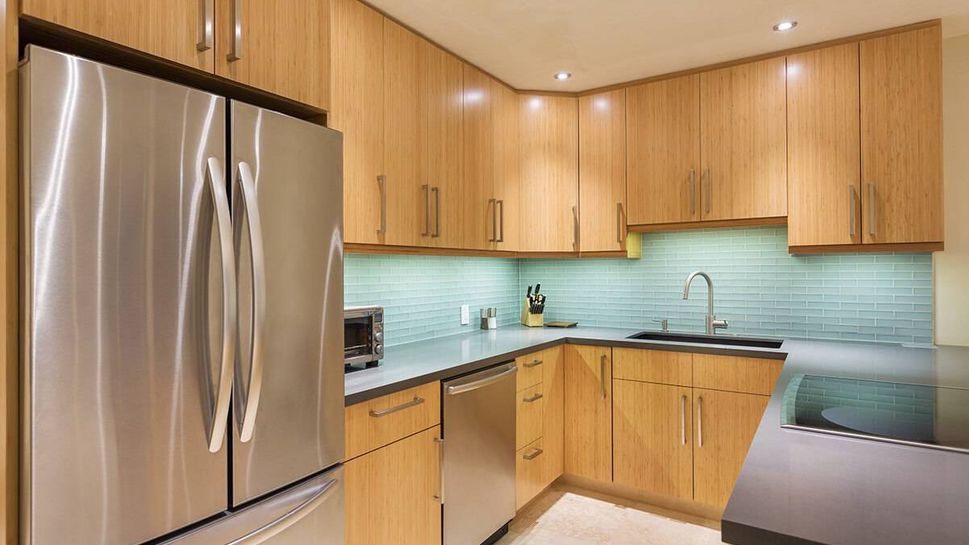 Did you know that women who keep even one box of breakfast cereal visible on their kitchen counter weigh an average of 21 pounds more than those who don’t? And that women whose kitchens have potato chips in plain sight weigh nine pounds more, on average? These and more statistics were revealed in Wansink’s “Syracuse Study,” in which he and fellow researchers took photos of the kitchens of Syracuse, N.Y. residents. They could roughly predict people’s weight by the food they had sitting out. You're three times more likely to eat the first food you see in the cupboard than the fifth, according to Wansink's research. (He cautions, though, that the results show correlation, not causation.)

The best course of action to prevent your weight from creeping up: Keep only fresh fruit and healthy snacks on the counter and in the fridge. Store all foods with empty calories in the cabinet or pantry — out of sight means out of stomach. 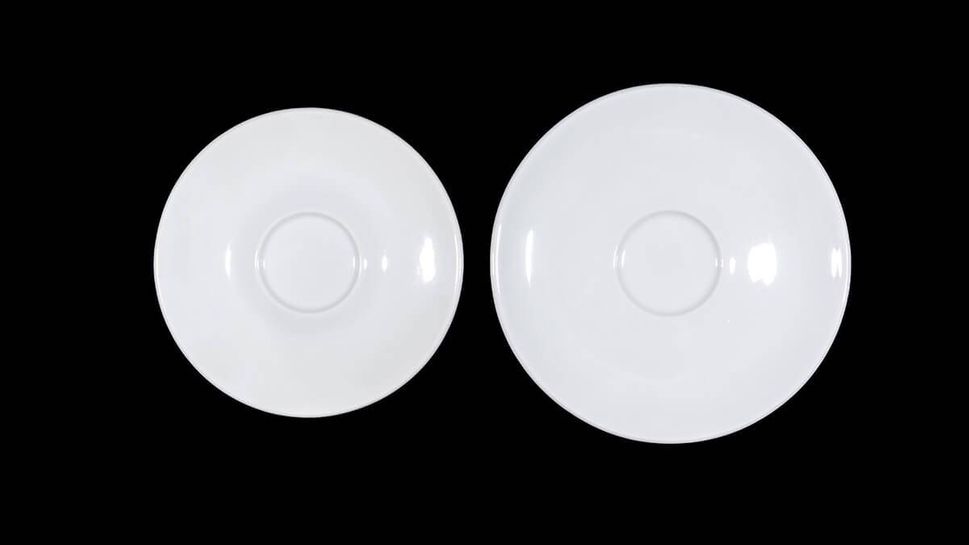 The Tableware Solution: Use smaller dinnerware and serving dishes — you'll serve yourself less, and feel just as full.

You've probably heard this one, but it bears repeating: Your eyes will trick you into thinking you're eating less food if your plates, bowls and utensils are giant. Using breakfast cereal as an example, adults will pour about 22 percent more cereal in a slightly larger bowl, says Wansink. And the effect larger bowls have on kids is even more dramatic. "Kids pour 43 percent more, almost twice as much more (as adults), because they’re exaggeratedly influenced by how visible food is, the size of food and how close something is to their hand when they serve themselves," Wansink says. Need more proof? His study revealed that people serve themselves two scoops of pasta when using a 10-inch plate versus three scoops on a 12-inch plate, resulting in an extra 60 calories. Eating off big plates three times a day can really add up. 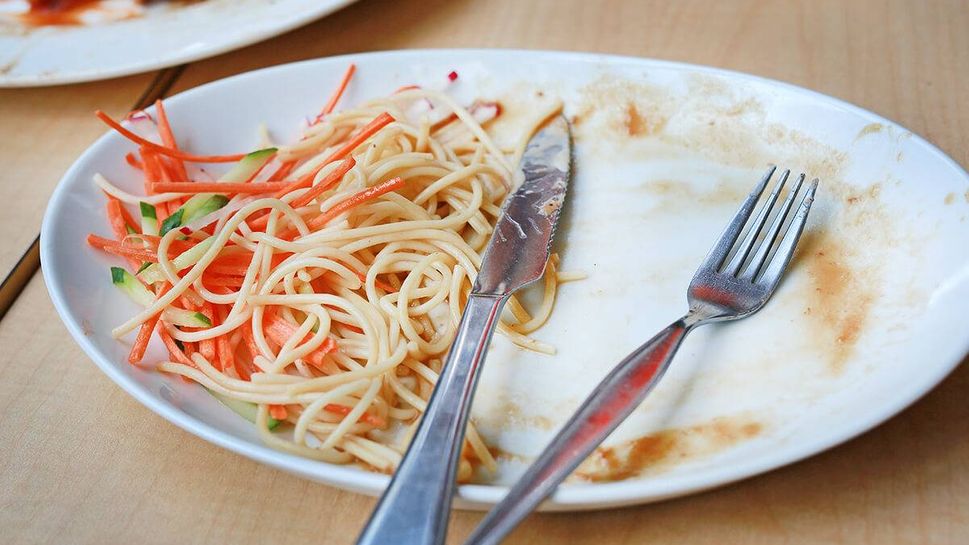 The Portion-Size Solution: Serve yourself smaller portions, and don't require kids to clean their plates.

Whether we admit it or not, most of us finish the majority of the food we put on our plates, regardless of how full we feel when the meal is done. "On average, every adult belongs to the clean-plate club, male or female," says Wansink. "We eat 92 percent of what we serve ourselves." If you are in the habit of serving yourself heaping helpings when you're at home or if you eat out at restaurants that routinely serve big portions just to get you in the door, you're likely eating way more than you need.

Kids, on the other hand, only eat an average of 56 percent of what they serve themselves, Wansink says, "partly because they don't know when they'll be full and partly because they don't know what they like. A lot of what they put on their plate is the amount of food they want to experiment with. Instead of insisting they clean their plates, just say, 'Well, if they eat half, then they’re normal!' Food is no longer a battleground." To instill a healthy relationship with food, Wansink recommends letting kids serve themselves (when they choose a food or the amount of a food, they're more likely to eat it) and making it perfectly acceptable for them to finish their meal without cleaning their plates. 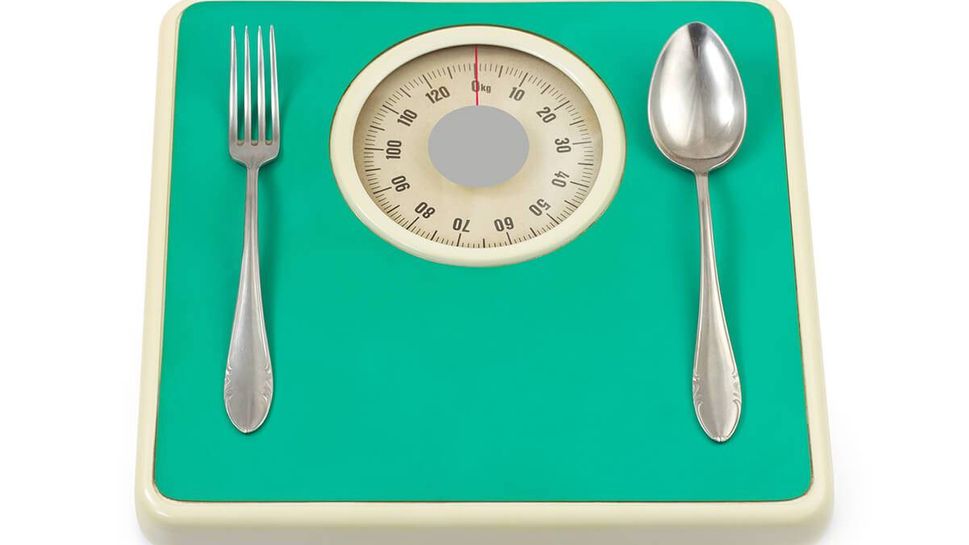 What else you should know? Willpower alone won’t conquer bad eating habits for 90 percent of people, says Wansink. He identifies three key principles to creating a healthier kitchen:

To set yourself up for success, you may need to tweak your kitchen and eating habits so they work with, instead of against, your efforts.