A Long-Term Care Model for the Nation Gone 'Haywire'

Washington state's WA Cares Fund seemed like a viable long-term care solution for the U.S., but it's running into trouble

Washington state is preparing to launch a program that some say could be a nationwide model for providing a form of long-term coverage often limited to the wealthy. But with less than three months to go, skeptics still aren't sold.

The program, known as the WA Cares Fund, will be funded through a payroll insurance premium (some call it a tax) of 58 cents per $100 earned, which will start to appear on Washington state's workers' payslips come January 2022. That is, unless they opt out.

Here's the thing: To opt out, you have to first secure your own private long-term care insurance by November 1 — something far easier said than done, and which can be extremely costly.

The Price of Long-Term Care

Starting in 2025, the WA Cares Fund will provide eligible workers up to $36,500 for care at home or in a long-term care facility. That $36,500 is a lifetime cap, but will rise with inflation. Even so, anyone with experience paying long-term care bills knows $36,500 is hardly enough.

According to a 2020 survey by policy provider and industry analyst Genworth, in-home care in Washington state costs an average of about $72,000 per year. An assisted living facility there runs about $69,000 per year and a room in a nursing home averages about $123,000.

Ben Veghte, director of the WA Cares Fund, says the plan was never meant to pay the full cost of long-term care. Rather, it's intended to supplement a recipient's personal savings, Medicaid and other assets.

"The status-quo way we deal with long-term care is broken," Veghte says. "Most people can't afford to prepare for this even if they want to."

Planning for My Future — and My Family's

So, what could the individual savings amount to? Let's use me, a 28-year-old, as an example.

I make about $74,000 a year, which happens to be on par with the median household income in Washington, according to U.S. Census data.

The state estimates my WA Cares premium will cost about $429 per year. But the average private long-term care insurance policy premium would likely cost me six times more, about $2,700 per year.

"Our population is aging, and the lack of long-term care is the biggest risk we face as a society."

And that's because the cost of long-term care is only rising. I'll reach retirement age around 2056. That's 35 years from now, and a lot can happen between now and then.

There's also the math: according to Genworth, in-home care services in Washington in 2056 will cost me about $230,000. And if I need to move into a nursing home facility, I'm looking at $370,000 or more that year, which means I will still need more than my WA Cares Fund to cover costs should I need long-term care.

Despite all of that that, based on annual cost alone (and of course, there's much more to it than that), WA Cares seems to be my best option. But there are a few caveats that have opponents of the program crying foul.

For example, you have to be living in Washington to use the money. So, if I decide to retire in neighboring Oregon, I will no longer be eligible. Not as the law stands today, anyway.

In August, Washington Policy Center's Worker Rights and Health Care Centers Director Elizabeth Hovde wrote a scathing op-ed in The Seattle Times, calling WA Cares "a socialized, one-size-fits-all, long-term-care entitlement program that a lot of workers don't want or need — and that some people won't use, even after paying into the program for years." (Washington Policy Center is a conservative think tank.)

"Even with help, caregivers take time off work, cut back on hours and forego investments in their own retirement plans."

Veghte says it's a fair criticism that people who pay into WA Cares may not still be here when they need care. But, he notes, officials are already thinking about that: The goal, after all, is to see WA Cares mirrored across the country.

In the meantime, WA Cares will likely benefit people like my mother, who also lives in Washington.

She's 57 and recently moved from Florida to be near my brother, me and our growing family. She sold her house, the proceeds of which are essentially her retirement fund. My mother has no plans to stop working. That's because she can't afford to, and she may continue working after turning 65. Still, that's not a lot of time to save for what could be a costly future.

So, she'll stay here, working toward eligibility for coverage later on should she need it.

That could be good for her — and me.

Kate White Tudor, now an independent lobbyist, helped craft the original WA Cares legislation in 2019. She says the program isn't just for recipients, but also their family members who may become their caregivers.

Even with help, she says, family caregivers often need to take time off work, cut back on hours and forgo investments in their own retirement plans to assist loved ones. And they can also end up spending for caregiving out of their own pockets. According to AARP, the average family caregiver spends roughly $7,000 on care each year.

"We don't have a [long-term care] system in the U.S.," White Tudor scoffs. "We are relying on [unpaid, family] caregivers."

What about the federal/state program for low-income people, Medicaid? White Tudor describes that as "a safety-net no one wants to be caught by." That's because Medicaid covers low-income individuals who may have already spent down their life savings.

"The levels of poverty you have to get into [for Medicaid] are ridiculous," White Tudor says. "Our population is aging, and the lack of long-term care is the biggest risk we face as a society."

Not Everyone Backs the Plan

Still, opponents like the Washington Policy Center have argued the WA Cares tax hurts more than it helps. And about 72,000 Washingtonians seem to agree.That's roughly how many people in the state had applied for an exemption from the WA Cares premium as of October 7, Veghte says.

"News of the opt-out period's approval in the legislature triggered a rush of long-term care customers that insurance companies simply weren't prepared for."

He expects between 10% and 15% of the state's 3.5 million workers will request an exemption by the deadline.

Veghte says many of them are within their last 20 years of work.

And while Washington's more conservative wing has been most vocal about their opposition, moderates have urged a delay in WA Cares implementation, too. In September, 23 state lawmakers, including some moderate Democrats, called on Washington Governor Jay Inslee, a Democrat, to delay the tax's effective date.

They wrote: "Please do not hesitate here to provide tax relief to employees and give them more time to find insurance that best suits their own needs."

In the letter, they reference one of the "key issues" they have with the program: the opt out, an issue, in a way, of their own making.

How the WA Cares Program Got the 'Opt Out'

WA Cares opponents are still pleading with lawmakers to repeal the program, despite successfully lobbing for a major change to the legislation earlier this year. That's when the state legislature amended it to give people a one-time opportunity to find a private long-term care insurance policy by November 1, then apply for an exemption by December 31, 2022.

Those who seek the exemption will never be allowed to re-enroll.

The problem is, Washingtonians who want, but don't have, a private long-term care insurance policy yet are unlikely to get one in time.

Some insurers are turning away potential customers from the start. Northwestern Mutual Life Insurance, for example, posted the following warning on its website:"We are temporarily suspending all standalone long-term care (LTC) sales in Washington state."

"Washington's population of people 85 and older is expected to double by 2030, according to the state's Department of Social and Health Services."

Groups like the American Association for Long-Term Care Insurance have been breaking the news to Washingtonians for at least the last month, too: "Insurance companies (at least the ones we know) have... stopped accepting all new applications."

News of the opt-out period's approval in the legislature triggered a rush of long-term care customers that insurance companies simply weren't prepared for.

Some are turning away applicants outright. Others may accept applications, but won't guarantee they'll be processed in time. Still others have taken advantage of the confusion, turning the opt-out period into what White Tudor calls a "money-grab" for their "broken" industry.

Even the program's opponents aren't entirely satisfied with the opt out. Hovde and others have urged lawmakers to slow down, if not stop, the program entirely.

Hovde concluded her recent op-ed with this:

Legislators should repeal this unfair, costly and inappropriate law and its accompanying payroll tax when they meet again in Olympia [Washington]."

According to the American Association for Long-Term Care Insurance, some long-term care insurers are setting "very high" prices for policies if they're offering them at all.

Veghte also notes most private long-term care insurance policies require customers to continue paying for them even after retirement.

AARP estimates 70% of all Americans will need some form of long-term care at some point in their lives. Yet the vast majority of Americans do not have long-term care insurance: only 7% to 14% of the country has private coverage. Veghte says insurers have had four decades to change that, but policy growth has been stagnant.

He acknowledges the Washington state legislature could make adjustments to the WA Cares program, improvements even.

It's highly unlikely the Democrat-controlled legislature would repeal it, though. And even more unlikely that Inslee, who made WA Cares a centerpiece in his unsuccessful 2020 bid for the presidency, would allow that even if the legislature tried.

I ask Veghte whether lawmakers might consider adding more opportunities to opt out in the future and what that could do to this program.

He pauses. Then says, "Extending the opt-out [option] would be a step toward eliminating the program."

Who is Eligible for Benefits Under the WA Cares Fund?

To qualify, you must have worked and contributed to the fund for: 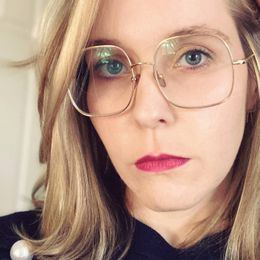 Katie Campbell is a reporter and producer in Seattle, Wash. Find her byline on KUOW, Seattle's NPR news station. Katie graduated from the University of Florida with a degree in journalism, and covered politics in Arizona for nearly five years before moving to Seattle. Read More
Advertisement