What to Know Before Starting a Franchise Business

If the idea of starting a business after 50 — perhaps a part-time one in retirement — seems overwhelming, you're not alone. You might want to consider launching through a successful franchise operation, where you can follow in the footsteps of others who've done so already.

But if your image of a franchise business is a teenager wearing a paper hat and chewing gum at the deep fryer, you need to think differently. Many franchisees are people starting second acts later in life.

"We hire our own people and set our policies."

The Freedom of the Franchise World

Take Eric and Pam Knauss, of Greenville, S.C. In 2012, when they were in their mid-fifties, they took a leap of faith and left their corporate jobs to launch their CertaPro Painters-Greenville East commercial and residential painting franchise.

"We hire our own people and set our policies. Gone are the endless meetings and travel," said Eric. "We live three miles from the office and the only time we have a meeting is when it is absolutely necessary. And those meetings last a maximum of fifteen minutes."

The Knausses have grown their single CertaPro territory to one with six managers overseeing eight painting crews. One of the biggest benefits they've discovered from franchising has been the ability to connect one-on-one with their customers. Another: the high degree of freedom that comes with running their own business.

Looking for Retirees and Pre-Retirees

Many franchise companies are specifically looking for franchisees who are in, or approaching, retirement. Often, they needn't bring particular expertise or background to succeed. Instead, transferable skills in things like leadership, marketing, project management, customer service and sales — built up over decades — can help you transition into franchising.

But franchising isn't for everyone. And there are definite pros and cons to consider before going this route.

A sound franchise system teaches you how to be a business owner, so you're not on a ledge alone with just the pigeons. Of course, there's a learning curve in any new venture, but with franchising, there's a steady hand ready to help you when you need it.

Pros and Cons of Franchising After 50

"The advantage of choosing a franchise after fifty is the business can scale faster. A recognized brand name service or product will attract customers sooner than a name that potential customers don't know,' said University of St. Thomas Schulze School of Entrepreneurship professor Mark Spriggs. (The Richard M. Schulze Family Foundation and University of St. Thomas' EIX, are funders of Next Avenue.)

An important thing to understand about franchising is the potential upfront cost. The average licensing fee is between $25,000 to $60,000, depending on the type of business. While not a small investment by any means, this fee includes training. Some franchises have lower upfront fees of $5,000 to $10,000 — like Jan-Pro Commercial Cleaning.

Just remember that the upfront fee is only one part of the equation. You must also pay attention to the investment you may need to make for equipment, real estate, marketing and payroll.

You probably shouldn't go into franchising if you're expecting instant success.

There may be pandemic-related costs, too. A recent Wall Street Journal article noted that some franchisors are asking franchisees to adopt new equipment to adopt COVID-19 safety protocols.

Questions to Ask Yourself

Before deciding to own a franchise, though, consider your time horizon. Do you want to build up the business for, say, five years and then hand it off to a family member? What time commitment are you willing to make each week or month?

You probably shouldn't go into franchising if you're expecting instant success or think that a franchise will somehow mean less work than another type of business.

"You should expect to run any and all parts of the business, especially in the beginning," said Spriggs.  "Most franchises require you to complete the initial training, and many expect you to be actively involved in running the business.  Be prepared to 'do' the business, physically and mentally. Even if you hire some people, franchising is a hands-on business."

You should also ask yourself whether you'd be a good fit for franchising.

Do you tend to be a control freak who prefers to do things your way? People who are not inclined to embrace a process and system laid out for them will have a more challenging time running a franchise. Franchising means trusting the franchisor's existing processing system, even if you don't fully understand it or agree with it at first.

People who try to immediately re-engineer the system will fall out of favor with the franchisor. And if you've spent the bulk of your working years as an entrepreneur, you may struggle to embrace the parameters set up by a franchisor.

Another tip: "Get the advice of a lawyer familiar with franchising," said Spriggs. "Franchise contracts are largely non-negotiable. Know what you are agreeing to do.  If your idea about what the business should be is not consistent with the operating rules and other terms of the contract, it may not be the right franchise for you."

The Legal Side of Franchising

Work with the lawyer to be sure you fully understand the royalties you'll owe the franchisor, how much you'll be required to pay for supplies and services as well as the length of your contract.

The Federal Trade Commission also has a helpful guide for prospective franchisees, "A Consumer's Guide to Buying a Franchise."

In addition to being prepared for hard work, the Knausses' number one piece of advice to pre-retirees and retirees thinking about going into franchising: Be sure you're financially prepared.

"You have to have adequate funding for the first few years. If you are coming out of the corporate world, plan not to take the salary you had before," said Eric Knauss. "Inadequate funding is often the number reason for failure."

So, think about how you will pay for the upfront costs. And be sure you can come up with the money, plus subsequent expenses, without endangering your retirement security.

Editor’s note: This article is part of America's Entrepreneurs, a Next Avenue initiative made possible by the Richard M. Schulze Family Foundation and EIX, the Entrepreneur and Innovation Exchange. 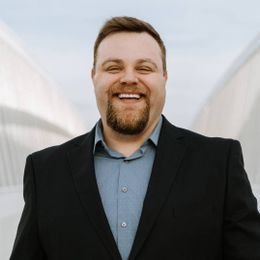