Midway through the new documentary on Hulu, "I Am Greta," teenage climate-change activist Greta Thunberg gives a characteristically impassioned and challenging speech to the European Commission. She asks for the same thing she asks for every time she speaks: to be taken seriously by older generations with real political power to change the trajectory of a world rapidly plunging into climate chaos.

The next speaker in "I Am Greta" is then 64-year-old European Commission President Jean-Claude Juncker — a man with extraordinary power over the 27 countries of the European Union. Juncker begins his speech by thanking Thunberg, but quickly pivots to a dry discussion of regulations around low-flow toilets.

The camera lingers on Thunberg as her face falls. She quickly realizes Juncker isn't swayed by her plea for overwhelming urgency and makes it only a few sentences into his speech before pulling off her headphones in quiet disgust.

It's easy to see Thunberg as just another angry young person, blaming the world's intransigence on older people. As anyone who has heard one of her fiery speeches knows, Thunberg is angry with international leadership on climate change, represented almost entirely by boomers.

But, surprisingly, Thunberg isn't angry at all older people. As this movie shows, she's a passionate, frustrated and unrelenting advocate of intergenerational collaboration, working to close the generation gap. She just wants leaders to work with her and other young activists who must reach beyond the limits of their own generation to succeed.

The film opens before Thunberg's rise to prominence, with scenes of her one-person "skolstreik för klimatet" (school strike for climate). We see her sitting alone outside the Swedish parliament. Her protest — in the middle of a school day in downtown Stockholm — isn't aimed at young people. Thunberg wants the attention of the older people working inside and outside the building. But her efforts are mostly in vain.

In the film, an older woman pauses to inquire what Thunberg is doing out of school. "[Going to school is] what you're supposed to do," the woman says. "You children and young people. For us old people, it's too late."

"It's not too late," Thunberg responds.

As the weeks pass, Thunberg is joined by a dozen other young people, but her expression reveals unmistakable disappointment in the single-generation coalition.

Her Attempts to Meet With Heads of State

Thunberg does have a bit of success late in the film. As she waits to speak to French President Emmanuel Macron, she stands with one of his aides, who, trying to make small talk, assumes Thunberg has met with several heads of state already. The aide is visibly shocked to learn she hasn't, particularly that she hasn't even spoken to Swedish Prime Minister Stefan Löfven.

Unsurprisingly, the moderate Macron doesn't match Thunberg's commitment or sense of urgency about addressing the climate crisis. Still, it's striking that he is the only prominent political leader to engage directly with her. In his early forties, Macron is one of Europe's youngest leaders.

One step forward, three steps back.

As Thunberg gains prominence, the generational barriers she is trying so hard to tear down are actively reinforced by some of the most influential boomers in the world. In one montage, Donald Trump, Vladimir Putin and Brazil President Jair Bolsonaro — men in their 60s and 70s, and three of the most powerful people in the world — all dismiss Thunberg with stunning condescension.

Though it's with varying degrees of hostility, we're shown over and over again that powerful leaders think Thunberg is too young to speak knowledgeably on climate change.

They are, of course, wrong.

Thunberg shows herself throughout the film to be extremely sharp, particularly on the subject of climate change. Despite her persistent absence from high school, she graduates with honors, describing herself to Macron as a nerd and complaining that politicians aren't able to match her knowledge of the albedo effect (how much of the Sun's energy is reflected back into space) or the Keeling Curve (a graph of the accumulating carbon dioxide in the Earth's atmosphere).

As the film concludes, Thunberg disembarks from a solar-powered boat she has ridden across the Atlantic Ocean for her speech at the United Nations. It's clear the difficult journey has made her all the more desperate to get the attention of the older leaders she's there to address.

"The eyes of all future generations are upon you," Thunberg says at the 2019 UN Climate Action Summit in New York City. "And if you choose to fail us, I say we will never forgive you."

The final shots of the film show Thunberg on stage at the 2019 Global Climate Strike in New York City's Battery Park and marching with the hundreds of thousands who joined the protest. Despite the crowd's size, there are few speakers or marchers with the power to make real change.

While Thunberg seems grateful for the young people fighting alongside her, she makes it clear that young generations fighting alone won't be able to change the world.

"We children are doing this for you at the top," she says, "[so you will]  put your differences aside and start acting like we are in a crisis."

Thunberg's desire to bridge the generation divide is especially inspiring. No matter how many times she gets rejected,  Thunberg keeps pushing to make a real connection with older generations. What she needs now is a response.

(Encore.org recommends watching this film with someone of a different generation and using the intergenerational conversation guide from Can You Hear Us, an impact campaign for the documentary, to launch an honest dialogue.) 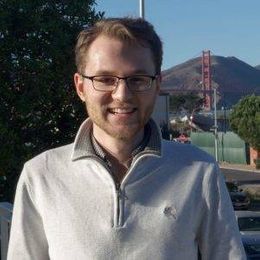