Why Women Quit Working After 50

Often, the 'choice' isn't really a choice at all

After 21 years in the military and about 28 more working in higher education, Carol Gee, of Stone Mountain, Ga., left her job two months shy of turning 62. She hadn’t planned to retire then. Gee found her job researching and writing case studies for professors both interesting and fulfilling. She worked autonomously and had the flexibility to take time off when needed. So why quit?

The reasons Gee left the workforce are reflective of what so many women over 50 experience. Her husband had chronic health issues and had retired two months earlier, her job no longer supported her personal goals and she wanted to pursue writing books full time.

It is convenient to think that women over 50 are choosing retirement when they stop working, but the reality is more complex. Few women, even those in the upper middle class, make the decision to stop working lightly.

First, there is the longevity issue. The average woman is expected to live well into her mid-80s. Then there is the harsh lesson learned during the Great Recession: no nest egg is completely secure. These two factors mean boomer women are acutely aware that retirement can be a long and costly prospect. Still, the employment data shows that women retire earlier than men. A Gallup study found a 12 percentage point gender gap between men over 50 who are working and women of the same age.

These days, many women over 50 leave due to caregiving obligations. They need to take care of their spouses, children and — more and more frequently — parents. Sean Fahle of the State University in Buffalo and Kathleen McGarry of UCLA found that taking care of a parent significantly reduces the chances that women in their early 50s to early 60s stay employed. In a recent survey by Home Instead Senior Care that Next Avenue wrote about, 50 percent of women between age 45 and 60 said they sometimes felt like they have to choose between being a good employee and being a good daughter.

Elder Care is a Major Factor

Corinne H. Smith, 59, was in between jobs when she decided to move from Athol, Mass. to Columbia, Pa. to care for her aging father. “He'd just been widowed for the second time, had only Social Security and pension money to live on and seemed at a loss of what to do next. I was in between jobs myself and I knew we could survive better together than separately,” she said.

Smith had been a librarian most of her professional life and looked for similar work when she moved for her dad. “I tried to get a regular librarian job in this area and couldn’t,” she says. Although she admits, “Frankly, I didn’t try all that hard. The thing is, I needed flexibility. I couldn’t lock myself into a 40-hour-a-week job. I needed to be able to take (my father) to his doctor appointments. You get to be in your 80s and you have appointments almost every week. If he called me and said, ‘I’ve fallen and I can’t get up,’ I needed to be able to go.”

Today, Smith works in a bookstore for a boss who has an elderly parent and, she says, “knows what this situation is.” But she’s worried about her retirement. “I’m still trying to figure out how to deal with all of that,” she says.

Choice Is a False Concept

“The whole idea of choices is a false concept,” says CV Harquail, an entrepreneurship professor and cofounder of Feminists At Work, an organization that helps companies adopt feminist practices. “That’s because the things we’re choosing between aren’t necessarily fair or just.”

Lauren Stiller Rikleen, a generational expert and president of the Rikleen Institute for Strategic Leadership, concurs. “I think it’s always false choice. Most of the time when you hear about women who are choosing to leave, you will hear story after story of them trying to make it work — at length,” says Rikleen.

Tied Up in Knots

That was the case for Gee, though the idea of quitting grew more intense after her new manager announced he was taking the department in a new direction. “Before I made my decision, I would wake up and dread going to work. For six years before that, I loved getting up and going in,” says Gee. “That’s one of the things that really got to me; I always felt like he was watching me.”

The changes at work, coupled with her husband’s significant health issues and her savings stash, Gee says, made her decision “a no-brainer.”

Deciding to leave work wasn’t as clear cut for Marian Jen, 56, of Toronto, who worked for 30 years in sales at a Fortune 500 company. Jen finally decided to leave at age 55 after the company lost a large contract. Jen was exhausted, burnt out and having panic attacks. “I knew people would be laid off and I put my hand up and said, ‘Please let me go,’” she says. Family was a factor too. “I have my mother in a nursing home, pressure to go see her, and more guilt, of course,” Jen notes.

She wants to work part-time, but hasn’t been able to find a position. “My skill set isn’t conducive to part-time,” she says. “ I am competing for low level jobs and I think once they see a resumé, they can kind of guess roughly how old you are.”

Gee, Smith and Jen echo the sentiments of the hundreds of women in their 50s and 60s that Rikleen has met though her research. “Women are tying themselves up in knots and not feeling they are succeeding. They don’t just wake up and say ‘I will opt out today,’” says Rikleen. 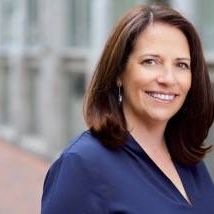