As someone who is very directed and who spent most of my career as a union official, fighting to improve pay and working conditions for health care employees in the Boston area, I felt an anxious foreboding as I approached retirement in 2014. After all, retirement is a journey to an unknown destination; you have an open ticket but are not sure where it will take you.

Speaking with my retired women friends and those who contemplated retirement, I heard that some approached this stage with great excitement while others dreaded and agonized over potential loss of identity and self-worth. Many wondered who they'd be when they were no longer an attorney,  teacher, health professional, union leader, whatever. Like me, my friends were boomers who came of age when the roles of women were radically transformed. For us, work was not just a paycheck, but a key element of who we were.

As someone who had been involved in many social justice causes, I knew the importance of group support.

Many of us fought hard to balance work, family and other obligations during our careers. As we approached retirement, we wanted to ensure our lives wouldn't lose purpose and meaning.

A Journey I Didn't Want to Take Alone

This was not a journey I wanted to take alone. As someone who had been involved in many social justice causes, I knew the importance of group support. Over the years, I'd been in other groups that had been important to me as a woman — a mother's group, a runner's group and a woman labor union leaders' group. That was an answer: start a group that would provide support and "travel" companions on our retirement journey.

I felt a women-only group would enable us to share our feelings and concerns about retirement, anxiety and potential loss of identity more openly than one with men. As boomers who had fought battles against sexual harassment and fought for equal pay and respect and dignity at work, it made sense to have a group solely of women. (Next Avenue has written about "Chapter X," a men-only retirement transition support group.)

So prior to my retirement, I reached out to 14 women and invited them to a brunch to discuss attitudes toward retirement. Some were women who had just retired; others were actively thinking about retirement. We ranged in age from late 50s to late 60s. (You'll hear from some of them here; they prefer not to reveal their last names.)

Getting Our Group Off the Ground

At our first meeting, in 2014, we discussed our own plans, where we were in the retirement process and our concerns. Everyone welcomed the chance to continue the discussion and keep meeting. We agreed on a bi-monthly schedule. We're still going strong.

Others have begged to join, but we decided to limit the size to 15. Our rule was that the group had to comfortably fit in my living room to maintain a level of intimacy.

We evolved and named ourselves the "Women in Transition" group because we were all actively transitioning to other activities. Several were learning new languages, volunteering in schools, playing a new instrument, acting and engaging in community support projects.

Our meetings follow a standard format. We begin with social time and food, then delve into a discussion on a predetermined topic, sometimes break into smaller discussions and pair sharing, and then at the end of each session, we pick two or three people to take responsibility for plan development and facilitation for the next meeting. Over the years, everyone has volunteered and created new relationships along the way.

Participants wanted the group to be many different things — from resource sharing and problem solving to creation of a social network.

Conversations About Identity and Women in Society

In our first year or two, we wrestled with our feelings about retirement, identity and our role as women in the greater society.

Anne, an attorney explained, "When we started, I was still working and not at all seeing a way out that would leave my feeling of self-worth intact and thought I would disappear if I retired. Being able to talk about this with a group of supportive women allowed me to move forward at my own pace knowing there was a wise and warm counsel available. And I began to believe that indeed there was life after work and that I would survive. And I did."

As some of the high-powered women struggled with identity, Amy, a retired music teacher, felt she was not sure if she belonged in the group. But she was glad she stayed and said, "the collective ideas pushed me past my comfort zone many a time." And, Amy added, "I realized that we all had many of the same insecurities, fears and goals."

Not only did we provide support, we dove into bigger concerns such as ageism, the invisibility of older people, nutrition, loss of loved ones, health and exercise. As we spent more time together, we built trust in the process and each other.

The Topics We Haven't Talked About

Our topics have varied, reflecting our times. Following the 2016 election, we spent several sessions discussing how to be relevant in a period of polarization.

Looking back,  we haven't discussed money or our financial concerns. Many of us were privileged to own our own homes and enjoy good retirement plans. Several in our group waited a bit longer to retire to ensure greater financial security.

Nor have we spent a great deal of time discussing our relationships with our partners. Many of us retired at different times from our partners, making our decisions independently. Some were single.

Awareness of our group has spread through friends' networks and we've been asked, "How do we start a group?" In 2015, Fran helped facilitate a second group, while remaining in ours. The second group started with 10 women, evolved in its own way and continues to meet monthly. Now there's also a third.

Pivoting in the Pandemic

For years, my group had fallen into an easy rhythm of meeting every other month. Ironically, in late February 2020, we had a group discussion about travel that briefly touched on the pandemic and whether vacation plans were safe. When March came and things shut down, we quickly moved to Zoom.

In the early days of the pandemic, we met this way frequently. First every week, and then less frequently. This summer, we resumed our regular schedule on Zoom.

Last spring's discussion centered on pandemic behavior and safety protocols to follow. We also hungrily shared movies, series and book recommendations, as well as the best places to walk. Participants felt the group was an important way for us to check in with each other, exchange strategies for survival and discuss things that made us joyful.

As summer evolved, we shared how to host socially distant dinners and other ways to engage with family and friends.

As fall rolled around, we discussed the election as well as personal lessons we learned in the pandemic and how we would apply them going forward.

Emily summed it up well: "We were isolated, but we were all going through the same thing and had a lot of the same emotions."

Our group has been an important anchor for many of us as we navigate the retirement journey. For me, the group has provided important support, expanded my friendship circle, cut through isolation and helped me understand that my feelings were not unique.

The success of the group, I believe, demonstrates the need for similar groups, especially as more independent-minded boomer women retire.

At our recent February meeting, Elise (who spent a long time getting ready to retire), said, "I had been one of the dreaders, but you all eased the way and now I am looking forward to it." 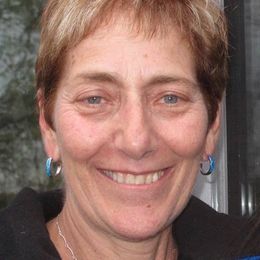 Enid Eckstein, of Boston, spent her work life as a union official, political activist and mother. Since she retired, Eckstein completed a Master's program, took on several short-term jobs consulted and traveled until the pandemic clipped her wings. She spent the last year participating in many Zoom meetings, cooking and walking hundreds of miles with friends. Read More
Advertisement