We’re Working Longer, But Are We Dying Sooner?

As the retirement age increases, our health isn’t rising to the challenge

The age when Americans can claim full Social Security benefits is rising — from 65 in 2002 to 67 in 2027 — which means many of us are pushing retirement and working later into life.

You’d hope to see increasing life expectancies and prolonged healthiness to even out this trend, but new data reported from the journal Health Affairs via a Bloomberg report suggests otherwise. Older Americans have more serious health problems than they used to, making it difficult to enjoy these shortened retirement periods.

The authors of the Health Affairs article write that “a primary reason for increasing the normal retirement age was that life expectancy improved substantially since Social Security was created,” but Bloomberg reveals data from the Society of Actuaries which says the number of deaths per year rose 1.2 percent from 2014 to 2015 — the first year-over-year increase since 2005.

When Health Can't Keep Up

Even if we are living relatively consistent lifespans, the data shows that Americans in their late 50s have more serious health issues than folks the same age did 10 to 15 years ago.

The Health Affairs article looked at survey data to compare the health of older Americans using ADL (activity of daily living) measures. ADL limitations include actions like walking across a room, self-dressing, self-bathing, feeding oneself and getting into or out of bed. The number of Americans with these limitations rose from 8.8 percent of people who have a retirement age of 65 to 12.5 percent of people at the current retirement age of 66 who had them in their late 50s.

The study looked at cognitive health, too. Eleven percent of Americans set to retire at 66 already showed signs of cognitive decline or dementia at age 58 to 60, which is up from 9.5  percent from Americans with a retirement age of 65 to 66.

We know America’s inequality is one big threat to living long, healthy lives, but Bloomberg also points to the prevalence of suicide, drug overdoses, alcohol abuse and obesity that could be playing roles in death rates and overall health decline.

Working longer can be good for Americans’ pockets, but if our bodies and minds aren’t being taken care of, is it really worth it? 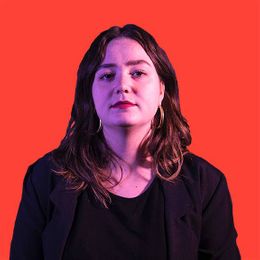 Grace Birnstengel is a reporter, writer and editor for Next Avenue where she focuses on America's diverse experiences of aging. She recently concluded an in-depth series on America's first generation aging with HIV/AIDS. Read More
Advertisement