OPINION: 2020 Election: 10 Questions About Aging in America for the Presidential Candidates

When our Constitution was crafted, the average life expectancy in the U.S. was barely 37 years and the median age was a mere 16. During the time of our Founding Fathers, there was no anticipation of an “age wave.” However, due to the combination of high life expectancies, declining fertility and the aging of the massive boomer generation, our young nation is rapidly growing older.

We’re not alone, as every developed nation in the world is facing the same age-related challenges and opportunities. In this regard, we are living in truly unchartered territory and longevity is humanity’s new frontier. As the boomers are turning 70 at the rate of 10,000 a day, America is becoming a “gerontocracy.”

Are we prepared? No.

Other than sparingly mentioning “senior this” or “senior that” a few times, they have pretty much avoided all of the issues that arise in our long-lived, six-generation aging nation.

Is it because they don’t want anyone to think they’re old — even though they are? Maybe. And why isn’t their age something they are proudly boasting about?

In a moment, I’ll share 10 questions I believe that Trump and Biden must answer if we are to know where they stand with regard to how America will navigate the unprecedented demographically driven challenges that could make or break our economy, our communities and our health care system in the years ahead.

But let’s first take a moment to reflect on the fact that most of us will live far longer lives than our founders could have imagined.

If you track back to the signing of our Constitution, and picture the signers, you’ll notice three things. First, they were all men (hmmm). Second, they were all white people (hmmm). And third, they all had powdered their hair or wigs white to look old (what???).

Why would they do that? As hard as it might be to imagine during this youth-obsessed era, in pre-industrial America — as in nearly every country of the world — it was believed that the older you were, the more useful experiences you had, the more perspective you might have gained, the more land and wealth you owned, and even, the more wisdom you might have accumulated.

Hence, everyone wanted to look and act old. Elders were the influencers and being old was considered cool and youth, not so much.

But here we are now, with two men in their eighth decade of life competing to be our President.

Other than sparingly mentioning “senior this” or “senior that” from time to time, they have pretty much avoided all of the issues that arise in our long-lived, six-generation aging nation. That’s not only gerontophobic (“an abnormal fear of old people or the idea of growing old”), it’s also reckless.

In order for the nearly 110 million Americans over 50 to have a better idea how they and their families’ lives are going to be positively or negatively impacted in the years ahead, and to inform their voting decisions, here are the 10 questions we all should want Elder Trump and Elder Biden to answer:

My 10 Questions for Trump and Biden

1. At what age do you think that people become “old” today and therefore when should "old age benefits" begin?

3. Why do you think you're the right age for you to be running for president?

4. Since Alzheimer's is by far the greatest health fear of older adults, are you willing to make beating this disease your “moonshot” and commit whatever resources are necessary to make it happen?

5. Considering that more than 40 million Americans are providing care to an elder loved one, what changes would you make to the tax code and work/leave policies to help them out?

6. How would you avert poverty among the tens of millions of aging boomers who have no pensions and insufficient savings for their retirement?

7. How would you describe Social Security as you think it should be for the millennial and Gen Z generations?

8. For you personally, has aging been an ascent or a descent and why?

9. Do you think of yourself as a role model for purposeful aging?

10. What is your biggest idea for what America’s 68 million retirees could be doing to contribute further to our society?

Whether the aging of America turns out to be a triumph or a tragedy will be shaped by our next president. We should know what he's thinking. 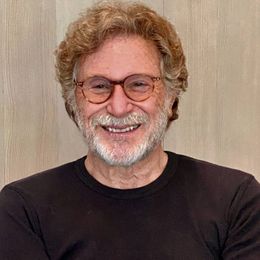 Ken Dychtwald is a Next Avenue Influencer in Aging and a psychologist, gerontologist, CEO of Age Wave and author of 18 books, including his two new books "What Retirees Want: A Holistic View of Life's Third Age" and his memoir, "Radical Curiosity: One Man's Search for Cosmic Magic and a Purposeful Life." Read More
Advertisement