(This article is the 21st and last in a weekly Next Avenue series, The Future of Aging: Realizing the Potential of Longevity, published by the Milken Institute Center for the Future of Aging. Links to the rest of the series appear at the end of this article.)

The United States faces many challenges in the 21 century as it seeks to remain a superpower. Much is made of the country’s social and economic disparities, underinvestment in infrastructure and ability to compete in the global economy. Yet, unbeknown to many, the U.S. has a demographic gift that can renew its vitality and ensure that it remains a beacon for the world.

Like much of the world, the United States is aging. In 2015, every member of the boomer cohort (born between 1946 and 1964) was 50 years of age and over. This, in fact, is a gift. This generation of aging boomers can, with a revised public narrative, be a resource for the nation.

Older Adults: An Opportunity for America

With expanding longevity, a greater likelihood of aging with fewer disabilities and activism well into the last quarter of life, being older is not the burden or the stigma that it was in the last century. Older adults represent an opportunity that is just beginning to be understood.

In addition to the resource of older adults, what might America’s “greatest” demographic gift be in the 21 century? It is diversity, immigration and the nation’s majority-minority destiny.

Herein lies the potential for renewed vitality. The combination of ethnic minority groups (for instance, blacks and Asians) and immigrants from around the world (e.g. Armenians, Persians, Somalis, Middle Easterners and Russians) will make the United States a majority-minority nation by 2050.

The Ethnic Group That Will Lead Change

But one group in particular will lead that change and symbolize the tremendous advantage that the United States has over much of the world, including the European Union. Latinos — Puerto Ricans, Cubans, Central Americans, Mexicans — are this country’s emerging minority group and in due time will be the largest ethnic minority group in the country, surpassing the African-American population.

By 2030, the United States will be both older (with a doubling of the 65-plus population) and more diverse. But we need not wait until then to see what this means and understand the opportunity.

My home state, California, reached the majority-minority milestone in 2015. In locales such as Los Angeles, this occurred many years before, and today Latinos are the majority there. Great fears and insecurities were raised in the 1980s, when demographers documented these inexorable trends. Would California decline? Would it be balkanized and resemble something out of "Blade Runner?" Would the state’s economy and strengths — technology, education, entertainment, tourism, trade — be forsaken as it gets “overrun” by immigrants and “controlled” by Latinos and Asians?

Those fears never materialized. Today, California proudly claims its mantle as the seventh-largest economy in the world and proves that its diverse leadership and majority-minority population have been gifts bringing revitalization and renewal.

Yet in this season of presidential politics, the public narrative from many candidates carries the fear that illegal aliens, refugees and immigrants will overrun this nation and change the “American character.” But herein lie the seeds of our demographic gift.

The Economist magazine’s “Special Report on America’s Latinos” of March 2015 gave perhaps the clearest picture of our bright future. It raised the provocative question: When will America wake up and realize the demographic opportunity of its Latino population?

The issue documented the European Union’s dilemmas: declining birthrates, aging populations and foreign workers and refugees who are reticent to assimilate. In contrast, the United States has ethnic and minority groups who are committed to the “American dream.” In particular, its Latino population, with their above-average fertility levels, has a proven record of patriotism and a culture of entrepreneurship that can boost the American economy. Yet the Economist raised the specter that a reluctance to invest in social needs (e.g. education, training, health care) and the anti-immigrant political narrative might squander that demographic advantage and alienate these groups.

What Would Lead to Bright Days Ahead

This prescient perspective from our British friends lends credence to the tongue-in-cheek statement that Tea Party activists should adopt members of the undocumented population. It will be precisely on the future productivity and tax revenue of the emerging Latino population and on a youthful majority-minority nation that Medicare, Social Security and our national budget will depend. Indeed, surveys show that many of those who are most uncomfortable with diversity are, in fact, most dependent on those public benefits.

With the future at stake, we can be diminished by our fears or elevated by our possibilities. If we educate and engage a diverse young population; if we ensure that all can age with health, dignity and purpose; if we encourage understanding and collaboration across race, ethnicity and generation, the days ahead will be very bright.

So let’s celebrate America’s demographic gifts and welcome a 21 century with a new mosaic that can refresh and spread the American dream while reinforcing the enduring strength of our democracy.

The first article in this series was A New Model for the Future of Aging. The second was Personalized Aging: Extending Lifespans and Healthspans. The third was Boomers: Less Tied to Friends and Family Than Others Are. The fourth was What It Will Take for the U.S. to Profit From the Longevity Dividend. The fifth was Work, Retirement and Financial Security in the 21st Century. The sixth was Technology, Aging and the Coming Fifth Wave. The seventh was 5 Course Corrections Needed for a Better Future of Aging. The eighth was Let’s Make the Most of the Intergenerational Opportunity. The ninth was How We Can Use Our Longer Lives to Do Good. The 10 was Building Cityscapes for Healthy Aging. The 11th was Aging in the 'Right' Place. The 12 was How to Make Longer Working Lives Work. The 13 was Four Freedoms That Will Define the Future of Aging. The 14 was The Future of Healthy Aging… Is Yesterday. The 15 was You’re Going to Get Old, So Think About It Now. The 16 was Does Purpose Only Benefit the Young? The 17 was How to Help Achieve Optimal Health for the Elderly. The 18th was How Higher Education Can Aid Life Transitions. The 19th was Seizing Longevity's Competitive Advantages. The 20th was Intergenerational Programs: Not Just Nice, But Necessary. 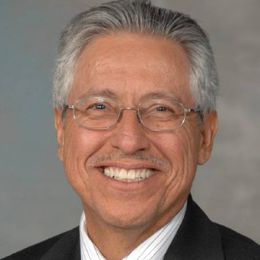 Fernando Torres-Gil is director of the UCLA Center for Policy Research on Aging at the Luskin School of Public Affairs at the University of California, Los Angeles, where he is also a professor of social welfare and public policy. During the Clinton administration, he served as the first assistant secretary on aging in the U.S. Department of Health and Human Services. He is a board member of AARP and the author of six books. Read More
Advertisement