What is the Future of Assisted Living in America?

Assisted living facilities were hit hard by the pandemic. Here's what the future holds.

Nursing homes have received a lot of attention over the pandemic due to the many deaths there from COVID-19. Less discussed, however, are assisted living facilities — the other primary form of long-term care in the United States.

Assisted living facilities are generally for older adults who need some assistance with daily living, but don't require the level of care that nursing homes offer. They tend to have less regulation than nursing homes and the rules governing them vary widely by state. Unlike nursing homes, there are no national, federally-mandated standards for assisted living.

"They're supposed to be more social than medical, frankly," said Susan Reinhard, senior vice president and director of the Public Policy Institute at AARP.

But assisted living homes have nevertheless faced challenges during the pandemic, leaving the industry urgently grappling with what comes next and whether the model has room for reform.

The number of deaths in assisted living facilities in 2020 skyrocketed compared with the normal number during that time period, likely due to COVID-19. Though data is sparse, the level of deaths inside these facilities during the pandemic is believed to be consistent with the increase seen in nursing homes.

Long-term care facilities overall accounted for more than a third of all coronavirus deaths nationwide, serving as bad press for the assisted living industry and leading many would-be clients to seek alternatives like home care.

"By the 1980s, the assisted living industry was born. Because there were no regulations governing the model, guidance followed on an ad hoc, state-by-state basis."

Staffing, a challenge prior to the pandemic, reached a crisis point in 2020 that has continued well into this year.

Memory care, which emerged as a powerful, profitable marketing tool for assisted living facilities — typically a private-pay service that families are more than willing to purchase — has also proved to be the industry's greatest risk of litigation, both before and during the pandemic.

Memory care units emphasize socialization as a means to slow cognitive decline. But it can be difficult to help residents with memory impairments understand why they need to socially distance in the face of a new disease or curb certain types of interactions with others. These challenges at times surface when another resident in the unit is harmed.

How can the assisted living industry change to meet present-day challenges, as well as the challenges of the future?

Exactly when the first assisted living facility opened is up for debate.

"Success has many fathers," said Jim Biggs, a lecturer at the University of Southern California School of Gerontology. "I can name at least a dozen people whose LinkedIn profiles call themselves either the 'godmother' or 'godfather' of assisted living."

One thing is clear: Assisted living facilities began as a reaction to the regulation that was sprouting up around nursing homes.

At the start of the 1970s, nursing homes were the sole facility option for older adults who needed help with daily living activities, regardless of their level of independence.

"Biggs believes that another form of senior living may rise in popularity in the wake of the pandemic — a sort of "assisted living facility-light."

"Those regulations caused nursing home costs to escalate," said Joshua Johnson, who also teaches at the University of Southern California School of Gerontology. "So there were people that said, 'Well, for the people who don't necessarily need nursing care but need supervision, we'll create these apartments and just have like one staff member there,' right?"

It was as if folks across the country had the same idea at once, Biggs said. By the 1980s, the assisted living industry was born. Because there were no regulations governing the model — guidance followed on an ad hoc, state-by-state basis — anyone could own and operate an assisted living facility.

"Everybody kind of had their own different version, right?" Biggs, who is also the CEO of an assisted living company, said. "It's the elephant and we're all looking at different parts of the elephant. I would say right now, post-COVID, you're gonna see something similar."

Biggs believes that another form of senior living may rise in popularity in the wake of the pandemic — a sort of "assisted living facility-light."

"Where maybe it's not three meals a day, like assisted living, but it might be one meal, or even fifteen meals a month," he said. "It may have limited housekeeping, maybe a la carte. They'll have maintenance that'll come in and fix your utilities, help you with the internet, all the techie stuff that seniors get frustrated with."

Such an alternative would have a bit more support than a 55-plus community, but not be as intensive, heavily-staffed or expensive as an assisted living facility.

"Because maybe at eighty-four, I'm not ready to move into that old assisted living, but I can't quite live at home either," Biggs added. "It's going to provide a limited amount of services and be heavy on the socialization where people in that age group can just come together. Above all, it's going to be that safety net."

Reinhard of AARP said states across the country could also make existing assisted living facilities more affordable — by allowing Medicaid funding to be used for them.

Assisted living facilities could also work to increase transparency about their capacity to care for someone as they develop more complex medical needs, Reinhard said.

"Consumers really need to know what they're getting, and it's not always clear," she said. "Many people think it's going to be a nicer nursing home — [that] you'll get as much care, but it's just nicer."

An assisted living facility may only have one professional staffer working at night, for example. If a resident develops a condition requiring two people to help them get out of bed in the evening, they may be discharged or forced to move to a nursing home.

"Without more safeguards, others say, the assisted living facility brand is threatened, just a few highly-public disasters away from shutting down."

Nor do all assisted living facilities have nurses — though some may contract with nursing staff to provide services "as needed" — another amenity that many older adults are surprised to find is not available upon their arrival to these homes.

"People need to know when they would have to leave," Reinhard said. "Assisted living facilities want to fill their units; they want to sell them, and of course they do," she added. "But they have to be very clear that you may not be able to stay here forever."

This could help to boost public trust of assisted living facilities, according to Reinhard, particularly after the harsh criticism — whether deserved or not — the industry has faced over the last two years.

Whether assisted living facilities should have more uniform, nationwide regulation in the wake of the pandemic remains a debate.

Add more regulations and these facilities increasingly look like nursing homes, some say — bringing the skilled staffing and cost issues that plague the nursing home industry along with it.

Without more safeguards, others say, the assisted living facility brand is threatened, just a few highly-public disasters away from shutting down.

"A culture focused on quality improvement cannot be created through regulation alone. Rather, it must also be encouraged through partnership and education," said LaShuan Bethea, executive director of the National Center for Assisted Living, in an emailed statement. "We must learn from the mistakes made during the pandemic – effective and meaningful regulation is critical and we need collaboration in order to achieve that." 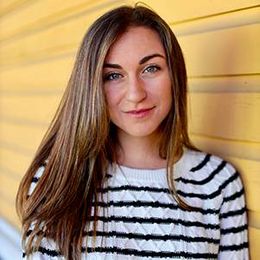 Hannah Critchfield covers seniors and aging for the Tampa Bay Times. She previously worked for North Carolina Health News and the Phoenix New Times, and her reporting has also appeared in The New York Times, VICE, The Intercept and PBS. She holds a master’s degree from the Columbia University Graduate School of Journalism, where her investigation into the rehiring of university faculty accused of sexual harassment in 2019 earned her the Fred M. Hechinger Award for Education Journalism and the Melvin Mencher Award for Superior Reporting. Read More
Advertisement