(Editor's Note: This article is part of a collaborative reporting series between the American Cancer Society and Next Avenue. The series is exploring the state of genetic testing in breast cancer patients.)

When women and their doctors are making breast cancer treatment decisions today, they have more tools than ever before to help them. One such tool is genetic testing. This type of test can provide information about a woman’s breast cancer and her risk for future cancers. As genetic testing has become more available and less expensive, more patients and doctors have started using the tests to help them make informed treatment decisions.

Many women with early-stage cancers can choose between breast-conserving surgery and mastectomy. The main advantage of breast-conserving surgery is that a woman keeps most of her breast. Studies have shown that this type of treatment gives women with breast cancer at least as good a chance of survival as mastectomy, which removes the entire breast.

But some women who undergo genetic testing learn they have a mutation that greatly increases risk of a second breast cancer. Women with this finding sometimes decide to lower their future cancer risk by having both breasts removed — the one that has cancer and the one that doesn’t. This is called bilateral mastectomy.

Only about 5 to 10 percent of breast cancer cases are thought to be hereditary, but having an inherited mutation, especially in the BRCA1 or BRCA2 gene, can significantly increase risk of breast, ovarian and other cancers.

Who Should Have Genetic Counseling After a Breast Cancer Diagnosis?

The National Comprehensive Cancer Network (NCCN) has guidelines that recommend referral to a genetics expert if a woman is at high risk for a mutation. She may be considered high risk if she has:

In an ideal situation, a woman newly diagnosed with breast cancer who is at high risk for a mutation would meet with a genetics expert before making a decision about treatment. Genetics experts have specialized training in both genetics and counseling, and help women determine whether to be tested. If a woman is tested, a genetics expert is the best person to help her interpret the results.

But not all women or even all health care providers are aware of the guidelines, and many women who are at high risk for a genetic mutation never meet with a genetics expert.

Dr. Allison W. Kurian, director of the Stanford Women’s Clinical Cancer Genetics Program, studied this issue along with researchers from other leading cancer centers in the U.S. She said, “There are gaps in the way genetic testing is used in breast cancer care and it gets in the way of making good decisions about treatment.” Kurian said that in her research she would like to have seen more involvement by genetic counselors. “Most of the guidelines say that everyone who gets genetic testing should see a genetic counselor and that certainly wasn’t happening,” she said.

Kurian and her colleagues conducted studies to find out how women and their doctors use genetic testing to make decisions about treatment after a new breast cancer diagnosis. In one study, they found only about half of high-risk women received a genetic test.

This study involved 2,529 women diagnosed with stages 0 to II breast cancer who answered surveys two months after their breast surgeries. Of those, 773 (31 percent) had a higher than average risk for a genetic mutation. About 81 percent of women in the high-risk group reported that they had wanted to be tested and 71 percent said they talked to a health care provider about testing. However, only 53 percent actually received genetic testing. Of tested high-risk women, 62 percent met with a genetic counselor. The most often cited reason for not being tested was, “My doctor didn’t recommend it.”

The study was published February 7, 2017 in Journal of the American Medical Association.

According to Kurian, “Among women who absolutely met those criteria, only half of them even got tested. That was one problem — people who really should get genetic testing aren’t getting it. Why should they get it? There are many reasons, but maybe the most important reason is that for a breast cancer patient, if she has a genetic mutation in BRCA 1 or 2, she has a high risk of ovarian cancer that could kill her. When we don’t test these patients and we don’t find those mutations, we basically miss a chance to save lives.”

Breast cancer surgeon Dr. Cletus A. Arciero of Winship Cancer Institute of Emory University, who was not associated with the study, agrees that health care providers should adhere to NCCN guidelines for who should be tested, and that all women tested should have the benefit of genetic counseling. “I think the studies expose something that’s been going on a long time. The world of genetics is advancing rapidly. The cost is incredibly affordable, even for those without insurance, and we are testing so many more genes than in the past that a lot of information may be behind in the educational piece for the clinicians,” said Arciero.

Arciero says some surgeons and medical oncologists may be trying to provide new genetic technology to their patients, but may not have a genetic practice to refer their patients. “We just need more genetic counselors,” he says. Patients may be unwilling or unable to travel long distances to see a genetics expert in another city, or they may be concerned about delaying treatment. Although Arciero says patients — even those with aggressive cancer — generally can safely wait for up to two months before beginning treatment, most are understandably eager to start treatment as soon as possible.

Concerns Over Timing and Use of Genetic Testing Results

Even when women are getting genetic testing, there are often issues around when they get screened and how their doctor is interpreting the information, according to a second study by Kurian and her colleagues. The researchers used the same data set for a study published April 12, 2017, in the Journal of Clinical Oncology. They found that a significant percentage of women who undergo genetic testing are not getting all the information they need to make an informed decision about surgery.

The study found one area of particular concern: the management of a genetic testing result called variants of uncertain significance (VUS). (When genetic tests show that a person has an unusual form of a gene but doctors don't know what this gene change means, the result is called a variance of unknown or uncertain significance or VUS.) Unlike a mutation in a BRCA gene that increases breast cancer risk, VUS is not known to raise the risk for breast cancer — or any other cancer — and there is not a medical reason for a woman with a VUS result to undergo bilateral mastectomy. However, the study found that up to half of surgeons did not recognize the distinction; they reported no difference in their management of women with BRCA mutations known to raise breast cancer risk vs. VUS. The study found that women with VUS frequently underwent bilateral mastectomy.

Kurian said, “We saw such a high rate of surgeons saying that they would treat an indeterminate genetic result the same way as a positive result for a mutation. That was shocking to many of us because it’s just wrong. The myth perception that one of these uncertain results should be treated like a real result basically will lead to too many mastectomies.”

“This is an education issue for both patients and clinicians,” said Arciero. He says patients are likely to become alarmed if they receive news that they have a VUS mutation in the BRCA 1 or 2 gene. He says a wider availability of genetic counseling resources could help pull clinicians out of the genetic testing process. He says clinicians without available genetic resources may be trying to help their patients by ordering the tests, but if they don’t fully understand the results, or if they understand them but don’t have the skills to counsel patients about them, they’re not serving the patient well.

What Can Be Done

The medical community recognizes there is a shortage of genetic counselors in the U.S. Professional genetics organizations, including the American Board of Genetic Counseling and the American College of Medical Genetics and Genomics, are taking steps to expand training programs.

In the meantime, the study authors suggest improved education for all physicians, as well as systems to fast-track the highest risk patients to genetic counseling. Arciero says surgeons and oncologists can help close the gap by learning more about genetic testing and counseling by participating in local medical organizations, reading medical journals and attending national conferences.

Women faced with a breast cancer surgery decision are encouraged to have a frank conversation with their health care team. Arciero says women newly diagnosed with breast cancer almost always have time to think through all the options before deciding on the best type of surgery for their individual situation.

Kurian recommends these questions to ask the doctor:

She says women deserve to have all the information available to them. “There are many determinants of mastectomy. It’s not just genetic test results. Our group has done a lot of work on the use of double mastectomy and the reasons for it and that’s a deeply fraught subject,” she said. “There are some patients who would say, ‘I don’t care what the results show — I want a double mastectomy right now.’ And then there are other people who actually are quite ready to be influenced by data. It’s important that everybody has the opportunity to be told the correct interpretation of their results.”

Find a Genetic Counselor in Your Area

How to Get a Second Opinion 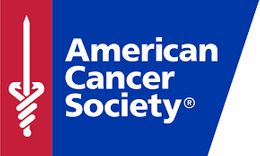