Discoveries of the Diabetes Prevention Program

The Diabetes Prevention Program (DPP) was a major multicenter clinical research study aimed at discovering whether modest weight loss through dietary changes and increased physical activity or treatment with the oral diabetes drug metformin (Glucophage) could prevent or delay the onset of type 2 diabetes in study participants.

At the beginning of the DPP, participants were all overweight and had blood glucose, also called blood sugar, levels higher than normal but not high enough for a diagnosis of diabetes-a condition called pre-diabetes.

The DPP found that participants who lost a modest amount of weight through dietary changes and increased physical activity sharply reduced their chances of developing diabetes. Taking metformin also reduced risk, although less dramatically. The DPP resolved its research questions earlier than projected and, following the recommendation of an external monitoring board, the study was halted a year early.

The researchers published their findings in the February 7, 2002, issue of the New England Journal of Medicine.

In the DPP, participants from 27 clinical centers around the United States were randomly divided into different treatment groups. The first group, called the lifestyle intervention group, received intensive training in diet, physical activity, and behavior modification. By eating less fat and fewer calories and exercising for a total of 150 minutes a week, they aimed to lose 7 percent of their body weight and maintain that loss.

The second group took 850 mg of metformin twice a day. The third group received placebo pills instead of metformin. The metformin and placebo groups also received information about diet and exercise but no intensive motivational counseling. A fourth group was treated with the drug troglitazone (Rezulin), but this part of the study was discontinued after researchers discovered that troglitazone can cause serious liver damage. The participants in this group were followed but not included as one of the intervention groups.

All 3,234 study participants were overweight and had pre-diabetes, which are well-known risk factors for the development of type 2 diabetes. In addition, 45 percent of the participants were from minority groups-African American, Alaska Native, American Indian, Asian American, Hispanic/Latino, or Pacific Islander-at increased risk of developing diabetes.

Type 2 diabetes is a disorder that affects the way the body uses digested food for growth and energy. Normally, the food one eats is broken down into glucose, a form of sugar. The glucose then passes into the bloodstream, where it is used by the cells for growth and energy. For glucose to reach the cells, however, insulin must be present. Insulin is a hormone produced by the pancreas, a fist-sized gland behind the stomach.

Most people with type 2 diabetes have two problems: insulin resistance-a condition in which muscle, liver, and fat cells do not use insulin properly-and reduced insulin production by the pancreas. As a result, glucose builds up in the blood, overflows into the urine, and passes out of the body, never fulfilling its role as the body's main source of fuel.

Pre-diabetes is becoming more common in the United States. The U.S. Department of Health and Human Services estimates that about one in four U.S. adults aged 20 years or older-or 57 million people-had pre-diabetes in 2007. Those with pre-diabetes are likely to develop type 2 diabetes within 10 years, unless they take steps to prevent or delay diabetes.

Who Should Be Tested For Pre-Diabetes and Diabetes?

The American Diabetes Association recommends that testing to detect pre-diabetes and type 2 diabetes be considered in adults without symptoms who are overweight or obese and have one or more additional risk factors for diabetes. In those without these risk factors, testing should begin at age 45.

Risk factors for pre-diabetes and diabetes-in addition to being overweight or obese or being age 45 or older-include the following:

If results of testing are normal, testing should be repeated at least every 3 years. Doctors may recommend more frequent testing depending on initial results and risk status.

The DPP's results indicate that millions of high-risk people can delay or avoid developing type 2 diabetes by losing weight through regular physical activity and a diet low in fat and calories. Weight loss and physical activity lower the risk of diabetes by improving the body's ability to use insulin and process glucose. The DPP also suggests that metformin can help delay the onset of diabetes.

Participants in the lifestyle intervention group-those receiving intensive individual counseling and motivational support on effective diet, exercise, and behavior modification-reduced their risk of developing diabetes by 58 percent. This finding was true across all participating ethnic groups and for both men and women. Lifestyle changes worked particularly well for participants aged 60 and older, reducing their risk by 71 percent. About 5 percent of the lifestyle intervention group developed diabetes each year during the study period, compared with 11 percent of those in the placebo group.

Participants taking metformin reduced their risk of developing diabetes by 31 percent. Metformin was effective for both men and women, but it was least effective in people aged 45 and older. Metformin was most effective in people 25 to 44 years old and in those with a body mass index of 35 or higher, meaning they were at least 60 pounds overweight. About 7.8 percent of the metformin group developed diabetes each year during the study, compared with 11 percent of the group receiving the placebo.

In the years since the DPP was completed, further analyses of DPP data continue to yield important insights into the value of lifestyle changes in helping people prevent type 2 diabetes and associated conditions. For example, one analysis confirmed that DPP participants carrying two copies of a gene variant, or mutation, that significantly increased their risk of developing diabetes benefited from lifestyle changes as much as or more than those without the gene variant. Another analysis found that weight loss was the main predictor of reduced risk for developing diabetes in DPP lifestyle intervention group participants. The authors concluded that diabetes risk reduction efforts should focus on weight loss, which is helped by increased exercise.

Analyses of DPP data have added to the evidence that changes in diet and physical activity leading to weight loss are especially effective in helping reduce risk factors associated with both diabetes and cardiovascular disease, including high blood pressure and metabolic syndrome. A person with metabolic syndrome has several of a specific group of risk factors for developing diabetes and heart disease, such as having excess fat deposited around the waist, high triglyceride levels, and high fasting blood glucose levels. 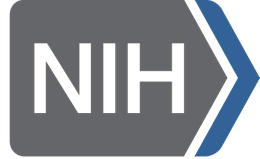