It starts with increased vigilance, knowing the signs and how to report mistreatment

(Editor's note: This content is provided by The John A. Hartford Foundation, a Next Avenue funder.)

Are you safe at home?

Many of us take the answer to that question for granted. After all, our home should be our refuge. It should be a place where we feel safe, secure and surrounded by people we love and trust — especially as we age. For the one in 10 older Americans who suffer elder mistreatment, however, home may simply not be a safe place.

As we recognize World Elder Abuse Awareness Day on June 15, we must acknowledge that elder mistreatment — physical abuse, caregiver neglect or abandonment, financial exploitation, psychological abuse or sexual abuse — is one of the most serious public health crises we face as a nation.

I saw the tremendous toll elder mistreatment takes on older adults, families, communities and society early in my career as an emergency department nurse. I am glad that today there are programs to help health care providers play a bigger role in identifying elder mistreatment and intervening. In 1987 I co-authored one of the first books to document inadequate care of the elderly and explore the consequences, which are dire. Since then, the evidence has only grown, showing that people who suffer from elder abuse experience tremendous anxiety and can develop dementia or depression, or even die from it.

Elder mistreatment is a public health crisis because too many of us view it as a private matter — similar to the way we once treated domestic violence against women and children. Approximately 90 percent of abusers are family members and friends, most often adult children, spouses, partners and others. Consequently, elder mistreatment frequently goes undiagnosed and unreported. A report by the National Academies estimated that only one in 14 cases of elder abuse are reported to authorities.

Elder mistreatment manifests in many ways. The signs might appear prominently as cuts, bruises, welts or open wounds, but they can also be far more subtle, such as an older adult demonstrating a sudden and unexpected change in behavior or their caregiver refusing to allow them visitors. The U.S. Department of Justice's Elder Justice Initiative offers a helpful list of warning signs to help people recognize elder mistreatment when it happens.

This is a money problem, too. As a recent Next Avenue story on federal efforts to curb elder abuse noted, the Federal Bureau of Investigation found that in 2017, almost 50,000 people over age 60 lost $342.5 million to financial exploitation and scams. The direct costs to society from elder mistreatment are estimated in the billions of dollars annually.

How Emergency Rooms Are Responding

The National Collaboratory to Address Elder Mistreatment, funded by a grant from The John A. Hartford Foundation, is implementing a model of care within six emergency departments that will help staff better assess and address abuse and neglect when it happens. Since events unfold so quickly and chaotically in an emergency room, the project includes developing very simple and concise screening questions that can prompt an alert to possible abuse and a fuller assessment of the patient.

Nursing homes and other assisted living environments have a role to play, as well. The Weinberg Center at the Hebrew Home at Riverdale is the nation's first temporary elder abuse shelter providing safe, short-term housing for people who are experiencing elder mistreatment. We need more of these shelters around the country.

While health care providers have clear-cut roles to play in identifying potential elder mistreatment, each one of us is responsible, too. In most states, reporting of suspected elder abuse, neglect or exploitation is required by law, and agencies known as Adult Protective Services are called upon to investigate these cases — working closely with local health officials and law enforcement.

As a geriatric nurse, I was taught — and taught others — not to write off things like dehydration or skin irritations simply as "aging." They indicate that something is going on with the care of the individual, although it's certainly not always abuse or neglect. But they are warning signs, among others, and require us to take notice.

I am convinced that everyone has a role to play in helping us eradicate this public health crisis. It starts with increasing our collective vigilance, familiarizing ourselves with the signs and knowing how and where to report suspected mistreatment. It also means doing our part to keep this issue front and center on the national radar screen. The USC Center on Elder Mistreatment offers a wealth of resources to help people take action.

As we recognize World Elder Abuse Awareness Day on June 15, we must also recognize our collective responsibility for addressing elder mistreatment. Together, we can all build a strong and stable society that protects and empowers older adults. 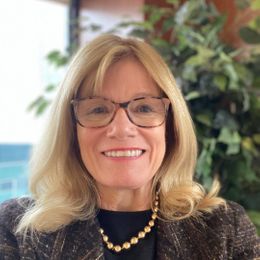 Terry Fulmer, PhD, RN, FAAN, a Next Avenue Influencer in Aging, is President of The John A. Hartford Foundation in New York City, a national philanthropy dedicated to improving the care of older adults. Dr. Fulmer is nationally and internationally recognized as a leading expert in geriatrics and the topic of elder abuse and neglect, and her vision is catalyzing the Age-Friendly Health Systems social movement. Read More