Flashing Lights and a Massive Floater in Your Eye? It Could Be a Sign of Something More

A posterior vitreous detachment or PVD isn't uncommon, but should be evaluated by an eye specialist ASAP

As I was getting dressed in my dermatologist's office following my annual skin cancer screening, I became concerned. Not about the exam results, which were fine, but about the blobs of floaters — like a cobweb on one side of my left eye — and the white flashes of light I began noticing during breakfast that morning.

What could be possibly wrong? A nasty migraine on the horizon, maybe? Migraines were anything but new in my life.

Although I am a seasoned medical writer and have urged readers to put fear aside and see a health care professional when something unusual is going on, I hemmed and hawed. This was probably nothing. It all would go away. I always had a few floaters that I noticed, occasionally.

Once I was out on the street, however, I decided to follow my own advice. I called a few urgent care centers near my home, a good 90 minutes away, but was told that they didn't have staff qualified to deal with eye issue.

My mind raced. Perhaps I was experiencing a retinal tear, which several of my friends had experienced. But they talked about their eyes going blank with what they described as a curtain coming down.

Untreated, a retinal tear could be a big deal, resulting in permanent vision loss. Already late on a Friday afternoon, it was impossible to make an appointment with an ophthalmologist or optometrist to check out my eye.

I walked into a nearby hospital emergency room feeling foolish, but deep down knew I was doing the smart thing.

A More Common Condition Than You Think

After being seen by a several ER doctors, one of whom performed a sonogram over my left eye, I was seen by a staff ophthalmologist in another part of the hospital who dilated my eye and determined that I had a posterior vitreous detachment or PVD.

I had never heard of this condition, but soon learned it was quite common as people age. As my 94-year-old mom is fond of saying, "Getting older has its problems, doesn't it girl?"

Dr. Jennifer Gould, chief of advanced care services and an associate clinical professor at the State University of the New York College of Optometry in New York City, describes PVD this way: "The vitreous is a jelly-like substance in the back of the eye. With age, the vitreous develops a waterier texture and will shrink in size. The vitreous is attached at many places within the eye and when it decreases in size, it will pull off (detach), most commonly, from the retina and optic nerve in the back of the eye."

"A PVD usually does not cause a headache. PVD flashes are quick and may get worse when moving the eye back and forth."

Although most folks, including myself, are clueless about the condition, Gould stresses that a PVD is very common. "It occurs naturally with aging," she says.

It's unclear how many Americans will experience a PVD, but estimates are that 50% of people by age 50 have had one and 80% of people 80 and older have. Researchers have found that by the time someone reaches 50, 25% of the vitreous is water; by 80, it's 67%.

Because some detachments can be small and have only slightly noticeable symptoms, it is possible that a person might not even realize they've had a PVD. Usually, a PVD happens in one eye and could happen in the other at another time.

Most often, a PVD comes without warning. Sometimes, however, Gould says patients can experience flashes of light prior to a PVD. "These occur secondary to the vitreous pulling on the retinal tissue," she says.

These flashes are different than those seen in an aura associated with a migraine, which typically occur in both eyes, change in size and last for 15 to 20 minutes before the pounding headache begins.

"A PVD usually does not cause a headache. PVD flashes are quick and may get worse when moving the eye back and forth," Gould notes.

"If left untreated, a retinal tear can lead to a retinal detachment, which is a much more serious condition."

"It is important to identify and monitor any complications that can occur as a result of a PVD to avoid preventable vision loss, Gould emphasizes. "You need your eye dilated by an optometrist or an ophthalmologist as soon as possible — preferably within a day after noticing new floaters or flashes of light."

Dr. Shilpa Kodati, a vitreoretinal surgeon and uveitis specialist at the National Eye Institute (NEI), National Institutes of Health (NIH) in Bethesda, Md., says that between 10% and 15% of PVDs can result in retinal tears.

"A thorough ophthalmic examination is needed after a PVD to evaluate for bleeding, retinal tears or a retinal detachment," she says.

When there is bleeding together with a PVD, "the chances of a retinal tear are much higher," says Kodati. "If left untreated, a retinal tear can lead to a retinal detachment, which is a much more serious condition."

Causes of PVD and Treatments

Dr. Michael Andreoli, a vitreoretinal surgeon at Northwestern Medicine Central DuPage Hospital in Winfield, Ill., acknowledges that for most people, a PVD is simply part of the ocular aging process. But sometimes, "we see one develop soon after trauma, such as an accident or fall or after eye surgery such as for a cataract."

He points out some younger people also develop a PVD, though many of them have myopia or near-sightedness.

But forget the urban legends about PVDs: Long plane flights or lifting heavy objects are not responsible for a PVD and nutritional supplements won't prevent one from occurring. Eyestrain does not cause it either.

According to Andreoli, most of the newest research about PVDs focuses on studies evaluating the risks and success rates of interventions, such as vitrectomy surgery or YAG laser vitreolysis, for especially bothersome floaters.

"Since floaters are a nuisance but tolerable for most people, typically no treatment is required," he notes.

There are times, however, when the floaters are prominent and can interrupt daily life or certain occupations, such as an airline pilot.

In my case, the hospital ophthalmologist determined that I did not have a retinal tear and recommended I set up an appointment with my regular eye care provider, an optometrist, for follow-up care, including another eye dilation.

Initially, it was difficult getting used to the floaters and flashes, which became less frequent during the first few weeks after the PVD diagnosis. This was how my eye care provider put it: the brain will learn to ignore the floaters after time — in my case, it took about two months.

She also recommended wearing sunglasses when outdoors, so the floaters would be less noticeable, and making follow-up appointment to make sure all was going well. 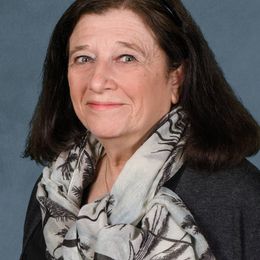