Older adults are at greater risk of complications

(Editor's note: The Centers for Disease Control — CDC — reported Thursday its estimate of the overall effectiveness of this season's influenza vaccination is 47 percent. For people age 50 and older, the estimate is just 24 percent. Yet, the CDC continues to recommend getting a flu shot, saying it is still the best way to protect yourself and reduce complications from influenza. Incidentally, the flu vaccination's effectiveness for children 6 months to 17 years is estimated at 61 percent. The story below, originally published in October 2018, explains why older adults are more vulnerable to the flu.)

If you’re 65 or older, be aware that your age group bore the brunt of last year's flu season, the worst in 40 years.

If you’re a bit younger, that doesn’t let you off the hook. People in the 50-to-64 age group also were severely hit last year, says Dr. William Schaffner, medical director of the National Foundation for Infectious Diseases and professor of preventive medicine at Vanderbilt University.

Human immune defenses become weaker with age and a third to half of the 50-to-64 population has some type of risk factor. It could be “diabetes, asthma, smoking, being a little chubby, overweight. Many have some element of heart disease or lung disease,” Schaffner says. That all means greater risk of complications or even death if the flu hits.

Influenza Can Affect the Entire Body

Influenza involves the whole body, including blood vessels to the heart and brain, Schaffner says. “We’re finding that for two to four weeks after the flu there’s an increased risk for a heart attack and stroke,” he notes.

Schaffner says research on this risk is relatively new and not well known and he wants to get the word out. “If people ever needed additional information to persuade them to get vaccinated … who wants to get heart attack or stroke?” he asks.

Don’t doubt that flu is a severe disease, he warns. “We should give it its proper name: influenza. We should give it respect. It can put a perfectly healthy person in the hospital. We see this every season in our hospital,” adds Schaffner.

The Centers for Disease Control and Prevention (CDC) estimates that every year influenza affects between 9 million and 60 million Americans, causing 140,000 to 710,100 hospitalizations and resulting in 12,000 to 56,000 deaths. A 2017 CDC study found 70 to 85 percent of the deaths occurred in people 65 years and older; between 54 and 70 percent of flu-related hospitalizations occurred among people in that group.

How to Avoid Influenza

So, this year — the centenary of the flu pandemic that killed 20 million to 50 million people — what steps should you take to avoid ending up in the hospital or worse?

The CDC recommends that everyone ages 6 months and older get a seasonal flu vaccine by the end of October. A nasal spray is available for people ages 2 to 50, but over that age, "everyone is going to have to roll up their sleeves,” Schaffner says.

People over 65 are eligible for two specially designed vaccines. One is a high-dose vaccine that contains four times the amount of antigen as a regular flu shot. Clinical trial results showed that adults 65 years and older who received the high dose vaccine had 24 percent fewer influenza infections compared to those who received the standard dose flu vaccine.

The other type of vaccine, the adjuvanted flu vaccine Fluad, contains an additive that creates a stronger immune response. A Canadian study found that Fluad was 63 percent more effective than regular-dose unadjuvanted flu shots. This vaccine became available for the first time in the United States during the 2016-2017 season.

If you're over 65, talk to your doctor or other health professional about which of those two vaccines to get.

The National Institute of Allergy and Infectious Diseases (NIAID) has been searching for a “universal” vaccine, one that protects against multiple influenza strains. It’s a tough task because the influenza virus mutates easily. New vaccines must be made each year in a frequently frustrating attempt to match the strains that are projected for the upcoming season.

If you do get the flu, you might want to try a new drug just approved by the Food and Drug Administration. It's called baloxavir marboxil and will be sold under the brand name Xofluza. It should be available within a few weeks, according to its U.S.-based distributor Genentech.

Xofluza, like the well-known flu drug Tamiflu, doesn't cure influenza, but alleviates symptoms and is said to shorten recovery time. It's expected to cost about the same as Tamiflu, at $150. Genentech says it will offer coupons that reduce the price to $30 for people with health insurance, and to about $90 for those without insurance.

The CDC estimates that flu vaccination reduces the risk of flu illness by between 40 and 60 percent among the overall population in years when most flu viruses are well-matched to the vaccine. Those may not sound like good odds, but “getting a vaccination is the single best thing you can do” to protect yourself, Schaffner says.

“It’s not a perfect vaccine but it’s pretty good,” he adds. “It’s able to prevent a lot of influenza, and even if you get vaccinated and get the flu, your case will be milder, shorter, less likely to develop complications. The vaccine has a modulating effect that makes more severe disease milder. Let’s give it a little more credit. When we reach a certain age, every bit of prevention is worth it.”

Most health insurers will pay for influenza vaccines, he adds, and “with Medicare you don’t have to pay a penny.”

Some people worry that they’ll get the flu from the vaccine. But, “that’s not true,” Schaffner says. “Yes, you may get a sore arm. Every year, I get a sore arm that last a few hours. One, 2, maybe 3 percent may get a fever for a day, but that’s just a reaction to the vaccine, it’s not flu. That’s a whole lot better than getting serious influenza. Every sniffle you get after getting the vaccine is not the flu; often it’s a common cold.”

In addition to getting vaccinated, Schaffner recommends practicing good hand hygiene and avoiding people who are sick during flu season “If you’re sick, stay home from work. You don’t want to be a dreaded spreader,” he says.

There may be a long list of home remedies and herbal approaches but “none have been shown to work” against the flu, he says, recommending staying hydrated and avoiding a lot of caffeine and alcoholic beverages.

Flu symptoms include fever, cough, sore throat, runny or stuffy nose, body aches, headache, chills, fatigue and sometimes vomiting and diarrhea. If you get the flu, call your health care provider and let it know your symptoms so you can be prescribed something that may modulate the illness. But, “don’t go into their office and spread flu,” advises Schaffner. 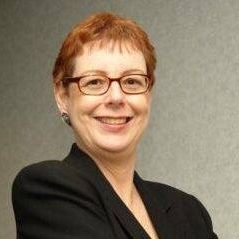