I'm a Gay Woman in a Heterosexual Marriage

At 43, I fell in love with a woman for the first time. My husband and I have stayed together and redefined our relationship.

I am gay and have been in a heterosexual marriage for 57 years. We have two children and two grandchildren. My situation is not usual but it is more common that you would think.

Up until I was 43 I would have said, "I know exactly who and what I am and I am not a lesbian." One year later I fell in love with another woman, and my world turned upside down. I sometimes wonder what would have happened if Toby's feelings mirrored my own, but that was not to be. Our friendship ebbed after I declared my love to her.

At home, with great difficulty, I functioned as though nothing had changed. Privately, and in great pain, I mourned my loss. Feeling totally alone, I had to contend with not only the loss of my dearest friend, but also the realization that I might be a lesbian. Who could I tell? Where could I turn for help? I knew of no one in the lesbian world, and so, I turned my thoughts and feelings inward and picked up my pen.

Feeling totally alone, I had to contend with not only the loss of my dearest friend, but also the realization that I might be a lesbian.

The first edition of "Married Women Who Love Women" began as a catharsis for myself and ultimately came to be a guiding light for many other women making, or coming to terms with, discoveries like mine.

I Learned Who I Really Am

And I have learned much about who I really am. In the years that followed, I felt compelled to write the second edition of "Married Women Who Love Women," and then a third, which has the words "and More" added to the title because so much has changed, and continues to change with regard to people redefining, or returning to their marriages.

Just recently I stood in front of 200 women at a writers' conference to give a reading. I paused briefly to reflect. It had been at this very same conference back in the early 90s that I had timidly come out by reading what would eventually become the introduction to my groundbreaking book.

A feeling of well-being came over me as I announced loudly and clearly, "I will be reading from my latest book, a lesbian, paranormal romance, 'Tangled Ribbons.'"

Not an Easy Journey

My journey was not an easy one. I sought out several therapists hoping for an easy fix, but I could barely say the words, "I fell in love with my best friend and she's a woman." Ultimately, at a party several years later, I ran into one of the early therapists I'd gone to for help and she told me that she was now using my book in her attempt to guide other women like me.

Much has changed since my discovery in the late 1980s. While there was a time when no gay character could be found on a television show, and then their numbers grew but could still be counted on one or two hands, to now, when approximately 9% of the characters on television shows are lesbian or gay.

In addition, same-sex marriage is now accepted in all 50 states, and beginning with the Netherlands in the year 2000, many other countries as well. Unfortunately though, in some backward parts of our country, it is still somewhat terrifying to come out.

My Husband and I Redefined Our Relationship

Once I realized I was a lesbian, I initially believed that my only option was to leave my marriage, something I'd never contemplated in my 25 years with my husband. When I came out to him, our marriage became fraught with anger and bitterness, especially on his part. That would have been the perfect time for me to leave.

During that interval, I was reminded time and again of the love and caring we had once had for each other, and still had, in the little things each of us continued to do for the other. After we had plowed through our initial difficulties, we decided to stay together until our daughter, who had been apartment hunting, found a place of her own.

In that interim, to the best of our ability, we recreated a new reality and redefined our relationship. It has come to work for us and we have remained together.

Although some women may choose to believe that I have remained in my 'heterosexual marriage' for the privilege and perks that come with it, the truth is that I have remained because I have a deep love and a tremendous respect for this man who accepts and loves me knowing that I am an out lesbian.

Being married to a man and being a lesbian is not easy. Some marriages remain intact because no disclosure is given, others because women are fearful of the unknown, or fearful of what their families, or churches, might think of them if they were to leave their husbands.

But I have received, and continue to receive, emails from women redefining their marriages rather than leaving them, and they, too, are recreating their realities.

It might be a co-dependency issue, but at the heart of most redefined marriages, there is something that each party feels is important enough to preserve: possibly for the friendship that has grown over the years, or for the comfort of knowing that a spouse, or an ex-spouse, has your back. 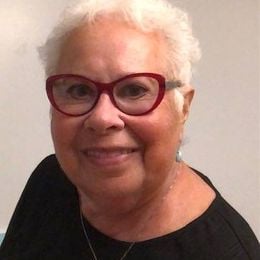 Carren Strock
Carren Strock has often been called a Renaissance woman. Equally at home with a paintbrush and canvas, a needle and thread, or a hammer and nails, she is as eclectic in her writing as she is in her other interests. The author of seven books, she is best known for her ground-breaking book Married Women Who Love Women, now in its third edition. Read More
Advertisement