What It Was Like to Grow Up With Older Parents

Our Next Avenue intern, a child of older parents herself, asked some readers about their experiences

I grew up as an only child of older parents; my mom was 42 when I was born and my dad was 43. I remember I first started to notice the difference in age between my parents and other kids' parents in elementary school.

One day when I was very young, my mom came to my school and a classmate told me that my grandma was there to visit me, assuming that my mom was my grandma.

I was confused because I knew that my grandma used a wheelchair, so there was no way she would be able to visit me by herself. Moments later, my mom appeared in the doorway of my classroom.

As I've gotten older, I'm not embarrassed by my parents' ages. Instead, I worry about their health and I worry that they might pass away before I get married or have children.

This is not something I've had in common with many people my age. But now, having children later in life often can be a decision made on purpose, and even preferred by some people.

"I was extremely conscious of wanting to give my son a different experience than what I had."

Waiting to have children at an older age after establishing your career and finding financial stability is not as uncommon as it used to be. According to the Centers for Disease Control and Prevention, "the average age of first-time mothers increased 3.6 years from 1970 to 2006, from 21.4 to 25.0 years."

But, I wondered, how do the children feel about being a child of older parents?

It got me thinking about other children of older parents who have experienced the same thing as I have. I wanted to hear their perspectives and opinions. So, I reached out to some Next Avenue readers.

Both of Gwenn Roberts' parents were 42 when she was born. Roberts, who lives in North Carolina, was not a planned child. She said she and her sister, who was two years older, took care of each other.

"They [her parents] were getting ill as my sister and I were still young children. That caused a lot of stress in the family. They would literally say, 'We're too old to have children your age,'" Roberts said. "They were lovely people, but that was a big deal to try to carry that during childhood."

Roberts and her sister also had two other siblings, a brother who was 10 years older and a sister who was 15 years older. "For my parents, it was like having two separate families," she said.

Roberts herself is also an older parent. But her child was planned; she gave birth to her son two months before turning 40.

"I was extremely conscious of wanting to give my son a different experience than what I had. I made sure that I was present," she said. "I think it gave me a lot more wisdom, not just because of my age, but because I had had the experience of how less-than-ideal it was being a child of older parents."

Judie, who also lives in North Carolina and asked us not to use her last name, grew up in the '50s and '60s in a large family. Her mother had just started menopause when she became pregnant with Judie.

Judie describes her parents as being very strict when she was growing up, and that their ages weighed on her.

"I was so aware that they were so much older that I would check on them sometimes at night to make sure they were okay."

"I was always terrified of them dying. I was so aware that they were so much older that I would check on them sometimes at night to make sure they were okay," she said. "It was a horrible feeling that I was very responsible for their lives and I can't exactly explain why [I felt that way]."

Although she was embarrassed about her parents being older than the parents of her peers, she said no one ever said or did anything to make her feel that way.

Growing up, she remembers her friends and her siblings' friends always wanting to come over to her house after school. Judie's mom didn't work, so she was always home and cooked all the time.

"They didn't have that fun atmosphere [at their homes]," she added.

The Benefits of Having Older Parents

Peggy and Camille, who also requested their last names remain private, are mother and daughter and live in Portland, Ore.

"The older you are, the more set in your ways you are. They [my parents] had their life, and things that they were doing, and I just kind of fit into that," Camille said. "Especially in the '80s when I was young, a lot of parents were kind of working around their kids. I felt like it was the opposite for me."

Camille said her parents treated her like an equal a lot of the time. She remembers being a child and going to parties with her parents and always preferred interacting with adults instead of the other kids her age. She thought the conversations were less surface-level.

"There's a confidence that comes with being older, you kind of cut through the crap. You can get right to the real stuff, which I always really appreciated," she explained.

Additionally, Camille believes an advantage of being raised by older parents is the high standards she was held to from the time she was young.

"I feel like now a lot of people are flaky, they don't commit, they don't respond and [other] people just put up with it," she said. "I grew up with old-fashioned manners that I think most people would really enjoy, and crave, in today's society."

Camille is now 38 and doesn't have children of her own. If she does have kids someday, she will be an older mother as well. She said she looks forward to having children, but doesn't feel like now is the right time.

From her perspective, her mother Peggy reflects on not yet having grandchildren.

"It is a pain in my heart… I would love to have grandchildren someday, however, I am going to be too old to really enjoy them the way that my friends have," she said. 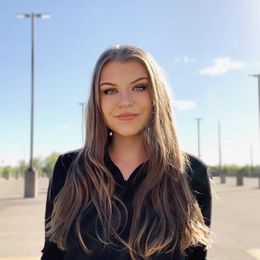 Brianna White was a Next Avenue intern for the Fall 2021 semester. She is a Minnesota-based writer and journalism student at the University of Minnesota. Read More
Advertisement