How This Law Will Help Grandparents Raising Grandkids

More than 2.5 million grandparents have stepped up to assist their families

While Congress continues to duke it out on most issues, legislators have come together a remarkable number of times this year in support of grandparents and other relatives raising children — also known as grandfamilies.

On Monday, July 9, 2018, President Trump signed into law The Supporting Grandparents Raising Grandchildren Act, first introduced by Sen. Susan Collins (R-Maine) and Sen. Bob Casey (D-Pa.) in May 2017. The Supporting Grandparents Raising Grandchildren Act has received support from 40 older adult and child advocacy groups including AARP, American Academy of Pediatrics and my group, Generations United, which aims to improve the lives of kids and older adults.

What does the law mean for the more than 2.5 million grandparents who’ve stepped up to raise children when their parents are unable to do so?

First, it will establish a Federal Advisory Council to support grandparents and other relatives raising children. The U.S. Department of Health and Human Services will be the lead agency coordinating the work of the council. Its charge is to identify, promote, coordinate and disseminate information about resources and best practices to help relative caregivers meet the health, educational, nutritional and other needs of the children in their care as well as maintain their own physical and mental health and emotional well-being.

The council will also develop a process so the public can provide comments and recommendations.

To document its progress, the council will issue a report to Congress in the first six months and again in two years on best practices, resources and other information for grandfamilies — as well as gaps in services to meet the families’ needs.

The number of grandfamilies in America has been growing and Generations United expects that to continue. Some of this is due to the population increase of older adults, but a lot has to do with poverty, substance abuse (especially during the current opioid epidemic), the death of a grandchild’s parent and extended military deployment.

We at Generations United are pleased Congress listened to our recommendation that the council’s membership needed to include a grandparent caregiver. Our national GrAND Voices Network, which includes relative caregivers in 42 states and 12 American Indian and Alaska Native tribes, has reinforced the power and importance of hearing from the caregivers themselves. Federal employees representing various agencies and departments whose work impacts grandfamilies will comprise the other members of the council. This includes agencies like Administration for Community Living, Administration for Children and Families, Centers for Disease Control and Prevention and Mental Health and Substance Use.

Sen. Collins and Sen. Casey, along with Rep. Jim McGovern (D-Mass.) and Rep. Peter King (R-N.Y.), who introduced the companion bill in the House, are to be congratulated for championing grandfamilies.

They understand that grandfamilies, and all families, deserve our respect and support to do what families do best — raise healthy, contributing children. 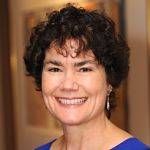 Donna Butts is executive director of Generations United, which gathers people of different ages to work together toward a common purpose. She was a 2015 Next Avenue Influencer in Aging. Read More
By SCAN Foundation
Advertisement