Why You Should Manage Your Medical Records

New rules and apps make it easier to compile them yourself

Tara Nurin has lived in seven states and seen at least a dozen doctors. So, in an effort to organize her health information, Nurin, a freelance journalist and author, started compiling decades worth of her medical records. Sometimes, the process has been surprisingly simple. Other times, it's been exasperating.

Nurin, 47, lives in Camden, N.J. — a city and state that both have health information exchanges, which enable record sharing across medical institutions. For Nurin, this means her current health care system links its virtual patient portal to her old system, making those records easy to combine.

"Your medical record ... varies from place to place. We're in an era where people need to be sure that they've got all the information and that information is right."

But tracking down her old medical records from a dermatologist was an exercise in frustration. Nurin couldn't remember the provider's name. After two emails to her primary care doctor, that office sent a name — the wrong one.

Finally, Nurin found a prescription from her former dermatologist. She filled out a form to allow her new doctor to request the records, but as far as she knows, they're still in limbo.

"The fact that I've had to chase this down through so many different doctors' offices multiple times is aggravating," Nurin says.

"It concerns me a tiny bit," she adds. "I'm relatively young and healthy, so it's never been particularly critical to have my records. But I have no idea when I was immunized for certain things and no idea [about other aspects of my health history] and, theoretically, that could present a problem."

Why Isn’t This Process Easier?

Despite strides over the last decade to improve access to medical information, the U.S. health care system remains frustratingly fragmented. Many providers have online patient portals with at least some medical data, but you can't always depend on those systems to communicate with each other.

There's no master patient identifier to ensure all your records are linked back to you, says Dr. Harlan Krumholz, a cardiologist and director of the Center for Outcomes Research and Evaluation at the Yale School of Medicine. The only way to ensure you have all your health records, he says, is to compile them yourself.

"Your medical record, believe it or not, even in 2021, varies from place to place," Krumholz says. "We're in an era where people need to be sure that they've got all the information and that information is right."

Is It Worth the Time It Takes to Gather Your Records?

Patients who read their health notes are more likely to take their medications as prescribed.

There are several reasons why you should compile your medical records, even if you don't have a major health issue, says Catherine DesRoches, an associate professor at Harvard Medical School and executive director of OpenNotes, a nonprofit that studies and advocates for communication between patients and health care providers.

When patients have access to their medical notes, a 2019 study found, about a quarter identify an error — and half of those errors are considered clinically important. (That's a better success rate, DesRoches says, than many of the artificial intelligence systems that health care organizations use to catch potentially dangerous mistakes.)

Also, according to research, patients who read their health notes are more likely to take their medications as prescribed.

Why the bump in compliance? Sometimes we just need a reminder. Unless prompted, patients only remember half of what's discussed during a clinical visit, one study showed. We might recall even less from a particularly stressful visit, DesRoches says.

"Looking at what's in your record is a really great way to be sure that you understand what the doctor is thinking, and you know what you're supposed to do next," she says. "Those two things are quite powerful for patients."

How Do I Get Started?

Here's how to compile, manage and use your medical records: 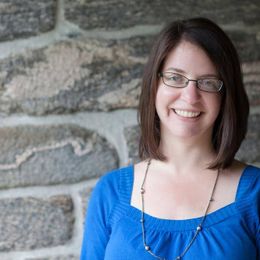 Christina Hernandez Sherwood is a freelance writer and editor in the Philadelphia area with more than a decade of experience. She focuses on the human side of healthcare, writing stories about the people designing our hospitals, sounding the alarm on mental health disparities, caring for patients through personal tragedy and more. Read her work at christinahernandezsherwood.com. Read More
Advertisement