Entrepreneurs over 55 are among the most active new business owners in America, starting companies at rates that exceed their younger peers. In fact, 80% of small business owners are over 45, according to the New York Federal Reserve.

With a wealth of knowledge gained over years of experience, older Americans are well positioned to put that experience to work building businesses of their own making. And with the average American living well past the traditional retirement age of 65, many start businesses to extend careers or, in some cases, to try a path not taken earlier in life.

Even coming out of the pandemic, older entrepreneurs are better positioned than their younger counterparts to succeed.

Even coming out of the pandemic, older entrepreneurs are better positioned than their younger counterparts to succeed.

What's not as obvious is the role that older entrepreneurs play in producing innovations.

For a whole host of reasons, the narrative of innovation — especially in the tech economy — centers on younger entrepreneurs. Paul Graham, an investor in entrepreneurs and a co-founder of the famous Silicon Valley business accelerator, Y Combinator, once quipped that "the cutoff in investors' heads is 32… After 32, they start to be a little skeptical."

This certainly maps to how the media typically portrays startup founders. But a closer look tells a different story.

The average age of entrepreneurs when they start their companies is 42, researchers at MIT and the U.S. Census Bureau have found. And, perhaps bucking the conventional wisdom of Silicon Valley, the average age of a technology founder is nearly the same: 40.

America's entrepreneurs may be older than the common conception, but what are they up to?

One of the older entrepreneurs we met while writing our new book, "The New Builders: Face to Face With the True Future of Business," was Fred Sachs of Alexandria, Va., then 76.

In his early and middle years, Sachs owned a lumber company and a commercial door and hardware company. Having sold both, he thought he'd retire. But then he started playing around with wheat on a small farm he owns in Virginia.

First it was a hobby, but quickly his entrepreneurial juices began to flow. By 2018, Grapewood Farm was producing tons of flour, which it sold to regional bakers for upwards of $7.00 a pound, depending on the variety.

"I think we could probably do twice as much business as we're doing now, because it's unique and people are interested in eating healthy foods and buying local," Sachs said.

Meanwhile, he's also working on and investing in a medical diagnostic device business.

Sachs learns something every time around, he told us. He's every bit a "New Builder" — part of a larger group of Black, brown, female and older business owners who collectively represent the future of American entrepreneurship.

One of Sachs' key qualities, which seems to sharpen with age, is the ability to innovate.

Like the definition of entrepreneur, the common definition of innovation is increasingly connected to the high-tech world — those Silicon Valley wunderkinds.

The Blurry Concept of Innovation

But in practice, innovation is a much blurrier concept than you might expect, especially in the mind of an entrepreneur who is focused on the entire process: not just on the innovation itself, but on the question of how and why it is valuable enough to other people that they will spend money for it.

When Sachs interviewed with the consulting firm McKinsey in 1972 (before he set off on a life of entrepreneurship), the company asked whether he was more innovative or creative. Over the years, he's learned that being an entrepreneur requires both, and the definition of innovation is not clear cut.

"If you're not going to deal with the problem, you're going to be left behind. You have to continue to change."

"Sometimes you have to create a solution to a particular problem; and in other situations you have to innovate in order to get around a particular hurdle," Sachs said. "And if you're not going to deal with the problem, you're going to be left behind. You have to continue to change."

The biggest, most valuable ones are breakthrough innovations. Think about the classic scientist in his lab or the inventor laboring over a circuit board. Research suggests those innovations are often the purview of the young, in your 30s and 40s.

But Benjamin Jones, a professor of strategy and entrepreneurship at Northwestern University's Kellogg School of Management, has found that the age which a researcher achieves "great achievement" — such as a Nobel Prize-worthy discovery — trended up by between five and six years across the twentieth century, possibly because our base of knowledge is increasing.

Aside from breakthrough innovations, there are also incremental innovations that build on prior breakthroughs, often shaping them to fit a market. That's what entrepreneurs spend their lives doing.

Sachs, for instance, is bringing native-grown flour to a new market in a new, bulk form. That, too, is an innovation.

Nor is science (or software technology) the only sphere where innovation can happen. Some of the most valuable innovations — think Henry Ford figuring out the assembly line — are innovations in process.

If you look closely, the spirits of science, innovation and entrepreneurship are entwined through history.

Thomas Edison is a classic example. The phonograph, motion picture camera and the light bulb all grew out of his ability to invent and to work with others to turn invention into a business process. He found like-minded funders — including Henry Ford and Harvey Firestone (the rubber and automobile tire magnate).

Margaret Sanger is another example. She founded a chain of clinics that later became Planned Parenthood to provide contraception to low-income women. She was in her 70s when she and Katherine McCormick convinced scientist Gregory Pincus  to work on the birth control pill. By then, she'd had plenty of experience breaking laws and circumventing societal norms in the interest of progress.

In our research and careers, we've found older entrepreneurs excel in these other spheres of innovation, bringing products to market, figuring out new processes and ways to approach a problem. And maybe most critically, they excel in piecing together the team to make innovations happen.

Older entrepreneurs are arguably more likely to have the insights that lead to innovations in process because they understand systems in their industries better. The founders of McDonald's, Coca Cola and Kentucky Fried Chicken, for instance, were all over 50 when they launched their empires.

We know that the financing system for small businesses of all kinds is breaking down and it's fair to conclude that given our propensity to celebrate and chase both youth and big breakthroughs, there are innovations living in the brains of older entrepreneurial people that don't have a path to market.

There is one other key role that older entrepreneurs (and innovators of all kinds) play in the innovation economy. They serve as examples.

But a large body  of research suggests that America is doing a worsening job at every step of our innovation economy. Success in innovation and entrepreneurship increasingly these days depends more on circumstances — specifically how wealthy your family is — than on ingenuity or talent.

Older entrepreneurs, especially those who are women, Black or brown and who didn't come from wealth, may well create the new systems that lift other scientists and entrepreneurs up to the richness of lives filled with innovation.

By the way, if you have an innovative idea to bring to market, Sachs has a little advice in a scrap of paper he's been carrying in his pocket for decades. It has three simple rules for building a business that he learned from a mentor and they're his "Management Musts:" Spend time identifying, and going after, unique market segments rather than embarking on broad assaults on entire industries; Segment your business by products, customers, customer services and location, and Emphasize profits rather than sales growth.

Editor’s note: This article is part of "America's Entrepreneurs," a Next Avenue initiative made possible by the Richard M. Schulze Family Foundation and EIX, the Entrepreneur Innovation Exchange. 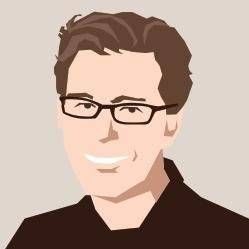 Seth Levine is the co-author of "The New Builders" and a partner and co-founder of the venture capital firm, Foundry Group, based in Boulder, Colo. He blogs regularly about venture capital and the capital markets at Sethlevine.com. Read More 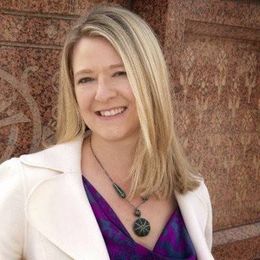 Elizabeth MacBride is an award-winning journalist, co-author of "The New Builders" and the founder of "Times of Entrepreneurship," a new publication covering entrepreneurs beyond Silicon Valley. Read More
Advertisement