Samuel Collins III is elevating the work of Black artists in Galveston, Texas, in a gallery across from where enslaved people were sold

Juneteenth, which commemorates June 19, 1865, the day when orders were issued to free more than 250,000 enslaved Black people in Texas, has long been celebrated in the state and the South. But Collins has used that day to tell in new ways the history not just of Juneteenth, but of Galveston and the country.

He spearheaded a giant outdoor mural commemorating the history of Galveston's enslaved people, their freedom and their possible future in a mural that was dedicated on Juneteenth, 2021.

This year he plans to hold an auction of work by Black artists in an art gallery across the street from where enslaved people were once sold.

"As we reimagine monuments and memorials in public spaces, we're able to teach and educate in a manner that is non-threatening and have people receptive to the information," Collins said. "Juneteenth is not just about enslavement, but also the freedom and opportunity that came as a result of the event."

"Juneteenth is not just about enslavement, but also the freedom and opportunity that came as a result of the event."

Collins, 51, is a husband, father of four and an associate minister at his church. His paying job is as a financial consultant, but it is as an advocate and historian that he is known.

An Advocate and Historian

His mission is "to bring dignity and respect to the history and people of our community," said Sue Johnson, executive director of the Nia Cultural Center in Galveston, who has partnered with Collins on a number of projects including the mural and auction. "This is a small community and it's an oppressed community and people are not willing to speak up. He is one who will speak up. He expects fairness and justice and if he doesn't think it's fair, he's going to say something in a diplomatic way."

It was in Galveston that Gen. Gordon Granger issued the orders that resulted in that freedom in June, 1865, more than two years after President Abraham Lincoln signed the Emancipation Proclamation. The Southern states refused to obey the Proclamation during the war.

It is Collins's mission to ensure that the coastal town's ugly legacy — it was once home to the largest slave market west of New Orleans — isn't buried beneath the barbeque joints, drive-through bars and stores hawking confederate flag bikinis.

Collins's first venture into celebrating Juneteenth in an outsized way was shortly after he bought the dilapidated Stringfellow estate in the city of Hitchcock, about 14 miles from Galveston and where Collins lived much of his life.

The plantation, almost 9.5 acres, was built in 1883 by Henry Martyn Stringfellow, a former Confederate lieutenant who paid workers $1 a day to work in his orchards. But that was double the average wage of 50 cents. After fixing it up — although it still needs a lot of work — Collins and his family opened up the plantation for its first Juneteenth celebration in 2006, sponsored by Collins's then-employer Merrill Lynch. About 600  people attended.

"We had United States Colored Troops reenactors, we had Harriet Tubman and Frederick Douglas reenactors, storytelling and other events," Collins said. "That began this process of using art, culture and history to teach."

More Juneteenth celebrations were held at the plantation, until corporate sponsorship dried up. Collins knows it's a longshot, but he said he would love to turn it into the Stringfellow Learning Center, with classes on architecture, economics, art and history.

But Collins has made other dreams come true. Last year, Galveston dedicated a 5,000-square-foot mural entitled "Absolute Equality" on the spot where the order that led to the enslaved people's freedom was issued. The mural was Collins's idea; he reached out to a local philanthropist, she gave the seed money, and more was raised from individual and foundation donors.

The mural starts with an image of an enslaved Moorish navigator who was shipwrecked off the coast of Galveston in 1528, the first recorded nonnative slave to arrive in the territory. It moves on through history to Harriet Tubman, Abraham Lincoln, the United States Colored Troops, the signing of the order and ends with people marching toward the goal of absolute equality. It also includes a section of artwork by local young people and a number of places with QR codes to scan for more information.

"It's public art and storytelling space," he said. "It's art that challenges you."

Art that challenges could be the theme of Collins's project this Juneteenth: he has organized an auction of artwork by eight Black artists in the Juneteenth Legacy Project headquarters, which includes an art gallery. And it is located on Strand Street across from where enslaved people were auctioned off.

"My goal is to help these artists benefit from their own labor where labor was exploited on the Strand," Collins said. "Back then the traders made all the money. I want to try to help the artists make money now by selling their own art."

"Back then the traders made all the money. I want to try to help the artists make money now by selling their own art."

For Johnson, "it's novel, it's bold and it's a little scary." Although there has been a positive response to the gallery, which opened last year, she said it doesn't always feel safe in these times to "tell the kind of stories this gallery tells."

Chayse Sampy, 24, who is getting her Master of Fine Arts at Florida State University, contributed an oil painting she created of the signing of the Juneteenth order. She has deep roots in Galveston and Collins is a distant relative. She sold her first piece of artwork to him right out of high school. That made her think about taking art seriously. Then the killing of Trayvon Martin and other unarmed Black men, "made me realize I can use my art not just to make something pretty, but to say something."

Sampy said Collins has been "my biggest advocate, my biggest promoter." And of the auction, she said, "it's empowering for us to be standing where our ancestors were and reap the benefits of our labor."

Collins has dedicated his time, energy and finances to these and many other projects and certainly sometimes feels tired. "Whenever you're passionate about something, you get weary," he said. But he keeps on, even when the direction he's pushing in sometimes seems the opposite of his state and country.

That's because he truly believes that history cannot be covered up or dismissed but faced squarely in order to change the future. He quoted from the poem Maya Angelou wrote for President Bill Clinton's inauguration in 1993:

"History, despite its wrenching pain
Cannot be unlived but if faced
With courage, need not be lived again." 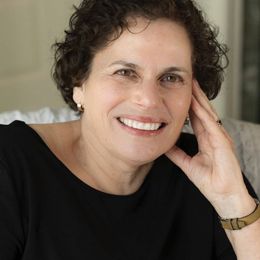 Alina Tugend is a New York-based journalist who writes regularly for national publications including The New York Times. She is the author of the book "Better by Mistake: The Unexpected Benefits of Being Wrong." Read More
Advertisement