The Challenges of Aging with Disabilities

From physical disabilities to so-called invisible disabilities, such as depression or anxiety, older adults often struggle to age well with these myriad disabilities

Aging can be challenging. Older adults often deal with a variety of health and social issues. Many live on a fixed income in this ever more expensive country. They often face loneliness and isolation, conditions that were exacerbated during the COVID pandemic.

Throw in a disability and life can be especially difficult.

Just ask Sandy McLendon, a 67-year-old Iowa man who lives with heart disease and who needed surgery to repair a hip injury he incurred when he fell on ice in 2019.

"The biggest impact on my day-to-day life has been having to limit my activity."

McLendon also has a bum knee.

"I have constant pain from the hip and knee," McLendon said. "I tire quickly from exertion, even minor exertion like doing the laundry."

Complicating matters, McLendon has no friends or family who can help — he's entirely on his own.

"The biggest impact on my day-to-day life has been having to limit my activity," he said. "I have had to accept that I can no longer work all day, come home, work in the yard and cook and clean as I used to."

McLendon has compensated by limiting his work hours and simplifying tasks where he can.

"My biggest fear is becoming care dependent," he said. "I have visited too many older friends in residential facilities who were once bright, outgoing people, and who are now withdrawn and sad because they lack independence and must rely on others for everything."

I live with depression and Post Traumatic Stress Disorder (PTSD). These invisible disabilities can debilitate a person who might otherwise be in perfect physical health. In 2020, 6.2 million adults ages 50 and older experienced a major depressive episode, according to data from the Substance Abuse and Mental Health Services Administration.

Depression can exhaust a person, making it difficult to get out of bed. A person in the throes of depression is overwhelmed by feelings of immense sadness to such a degree that it affects them physically, making it impossible for them to go to work, run simple errands like buying groceries or even engage in simple conversations with other individuals.

It can also take a toll on a person's health: The National Institute of Mental Health states that people with depression are at an increased risk of cardiovascular disease, diabetes, stroke and even Alzheimer's disease.

Sadly, depression often goes undiagnosed and untreated in many older adults, according to the Centers for Disease Control. Providers may look at symptoms of depression and think they're a normal response to life changing events such as the passing of a loved one or an illness.

"We're people, dammit! And we have a lot to offer if you'll just say 'hi' and let a conversation start."

PTSD happens when a person is subjected to a horrifying trauma. Those who have survived terrifying experiences such as a car or a plane crash, or a sexual assault, can find themselves reliving the trauma over and over, during both waking and sleeping hours.

PTSD also often affects those who have survived the horrors of war. Reliving the trauma overwhelms the person, keeping them in a state of constant terror. As with depression, a person with PTSD becomes overwhelmed and can be rendered incapable of performing simple tasks.

These conditions can be especially difficult for an older person, who having experienced the loss of loved ones and friends with the passing of the years, finds themselves completely on their own.

So, what are we to do? Obviously more organizations serving this population are needed, but many communities lack services geared towards older adults with disabilities, especially intellectual or developmental disabilities.

One city that seems to be getting it right is San Francisco, a city with a huge LGBTQ population — a population that faces greater barriers to adequate health care and economic security. A sizable portion of that community are people who are 65 and older, and many live with various kinds of disabilities.

"We know that isolation really impacts people's mental health, and their ability to feel hopeful."

The good news is there is support.

Openhouse SF is one organization that exists specifically to provide housing and other supports to LGBTQ elders.

Ariel Mellinger, Manager of Community Engagement for Openhouse SF, says that a significant portion of their clientele lives with a disability and that Openhouse SF offers services specific to their needs.

"We have a Friendly Visitor program," said Mellinger. "This is a one-on-one program where folks can be matched up with a volunteer." It's a chance for volunteers of all ages to connect with LGBTQ elders both socially and emotionally.

Openhouse SF also offers activities, lunch programs and a variety of support groups, such as a chronic disability support group.

Most of the people served by Openhouse SF are in their 60s and 70s, according to Mellinger, but they will serve anyone with a disability regardless of age. The oldest person they serve regularly is 94.

53% of LGBTQ elders report feeling isolated. And loneliness can shorten a life by 15 years.

Affordable housing is another of the issues facing older adults with physical disabilities. Not all buildings are ADA (Americans with Disabilities Act) compliant and Mellinger is aware of older adults who use wheelchairs and struggle to access their own apartments.

That's only part of the problem.

"Seniors in general are struggling with housing and being able to pay if they don't already own," Mellinger says. "And then being able to find the housing that can accommodate their needs easily," is another big challenge, she adds.

"A lot of folks talk about — because housing in San Francisco is so precarious — not wanting to cause problems, because they don't want to give anyone a reason to kick them out, which is not legal," she explains. "But people will go for a long time without making the necessary changes to their apartment because they're afraid of what the repercussions can be."

Mellinger pointed out how important it is for older adults with disabilities to have support groups like Openhouse SF's chronic disability support group, because many older adults, especially those in the LGBTQ community, face isolation.

In fact, according to SAGE USA, a national LGBTQ advocacy group focused that serves older adults, found that 53% of LGBTQ elders report feeling isolated. And loneliness can shorten a life by 15 years.

"One of the gifts of the support groups is [that it's] a place to have your story witnessed, and not feel so alone," she said. "When people feel alone and when they're isolated it's harder to do things. We know that isolation really impacts people's mental health, and their ability to feel hopeful. And when we increase connectiveness, people feel more hopeful, and it impacts their ability to engage in their life in a different way."

As for Sandy McLendon, well, he just wants people to know that, despite his disabilities, he's the same person: "Just a bit slower, a little more tired, or requiring some assistance," he said. "The biggest gift you can give is interacting with us as people: Not as an old person, a case or a care recipient. We're people, dammit! And we have a lot to offer if you'll just say 'hi' and let a conversation start." 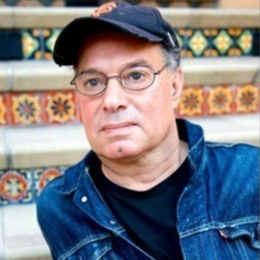 David-Elijah Nahmod is an American-Israeli dual national of Syrian descent. His eclectic writing career includes several LGBTQ and Jewish publications and monster magazines. When not writing, he can be found snuggling with his cat Russell while watching mid-20th century horror films. Read More
Advertisement