Meet 3 Women Whose Lives Were Transformed by 9/11

Health problems, career changes, activism, hope and determination are all ongoing reminders of that tragic day

On 8:45 a.m. on September 11, 2001, I was drinking coffee and watching "The Today Show "when Matt Lauer announced a plane had crashed into the north tower of the World Trade Center.

A few weeks later, I began volunteering at Ground Zero Food Services, ladling soup to rescue workers embroiled in tireless, traumatizing efforts at what became known as "the pile." This experience contributed to my eventual decision to change my career from magazine editor to psychotherapist.

For the three women profiled below, the impact of that tragic Tuesday didn't just impact their career decisions, but the core of their self-identity. Their choices since have led to growth, hope and determination — alongside continued pain.

On 9/11, Jill Silverman, now 66, was completing her fellowship as a clinical health psychologist in the area of adolescent medicine at a Connecticut hospital, and on her way to work when the first plane hit the World Trade Center. The next day, she arrived at Ground Zero as a newly ordained Red Cross disaster mental health worker.

Next Avenue: What was it like at the site?

Jill Silverman: Mass chaos. The air was gray and thick with debris. I came across a man staring at where one of the buildings had been. A cop told me, "He's been like that for twenty hours." His friends had jumped and he was waiting for them. I slowed my breathing to match his. Suddenly, his shoulders gave a little and he collapsed into my arms.

"My city had been violated."

There were rumors: "Eight more planes are coming." I kept approaching people to listen and try to absorb some of their pain... There was not another mental health care worker anywhere that I could see. The air was noxious. No one had any respirators. I remember thinking, 'This can't be good to breathe.'

What kept you going back for sixteen days?

It felt like there was no other choice. My city had been violated.

How was your physical health impacted?

Before 9/11, I didn't even go for regular checkups. Asthma started in 2002, bronchitis in 2007. I now have four respiratory problems, immune and autoimmune disorders and extreme damage to my musculoskeletal system from the enormous amounts of steroids needed to keep my lungs functioning. I get sick very easily, I can't walk unassisted and often wind up in the hospital for six weeks to two months at a time.

I am a pilot but can no longer take my five grandchildren flying, teach them tennis, go to Disneyworld... I can't carry them around while walking. At a 2020 virtual hearing for the World Trade Center Victims Compensation Fund, the pulmonologist speaking on my behalf testified my lifespan has been immeasurably shortened.

How did everything you've gone through change you?

I desperately miss what I can't do. But I'm still able to make my life meaningful – I work part-time and volunteer for CAP (Civil Air Patrol).

If you could talk to the Jill from twenty years ago, what would you say?

Get a respirator and go do it.

Twenty years ago, Dana Cohen, now 49, was at her desk at Barasch & McGarry (B&M), a law firm located on the 18th story of a lower Manhattan building, when the building shook. Racing to the window, the paralegal discovered smoke billowing from one of the Towers. When another Boeing 767 slammed into the second Tower ,18 minutes later, she fled. As people returned to work a few weeks later, Cohen recalls her eyes and nose burning from the toxic air. She eventually lost her sense of smell, developed asthma and witnessed half the workers at her company — where she is now a law partner — be diagnosed with 9/11-related cancer. B & M is a leading advocate for 9/11 victims. Cohen heads the Assistance Team, which represents families who lost a loved one.

Next Avenue: Your partner at the time, Ed, was a firefighter at Ground Zero. The two of you married in 2006, had a now fourteen-year-old, and divorced in 2014. How did that horrible day and the aftermath impact your relationship?

Dana Cohen: I remember coming home from law school to find Ed crying as he stared at Mass cards from funerals of friends he'd lost laid out on the dining room table. He began sleepwalking. I'd seen people jumping from windows; for years, any time a plane flew overhead, I felt terror.

Ed and I went for one or two therapy sessions held for people who'd been there that day. But neither of us understood what trauma does to a person. We're not together, but we have a good relationship and Ed finds peace in nature and co-parenting our son.

Can you talk about the work you do?

My days are spent helping families understand their rights. There's a lot out there if they know how to access it — health care, tax relief and scholarships.

"We have found ways to turn despair into something positive."

Have you discovered a lesson from all the suffering that helps sustain you?

The 9/11 community is a group of people that are there to help one another. We have found ways to turn despair into something positive. On a larger scale, we all have to be a community, and channel our energies into making life better.

She Remains the Target of Increased Racism

Then 22-year-old Randa Quraan learned about the terrorism when a neighbor in her East Brooklyn apartment complex screamed, "Randa, your people bombed the towers!" As a U.S.-born Palestinian, Quraan had experienced plenty of racism, which, she explains "was amplified after 9/11." To this day, Randa, 42, is flagged and searched at Customs when she flies internationally.

Next Avenue: What was life like in the immediate aftermath?

Randa Quraan: I was called 'Bin Laden's daughter,' 'a Taliban assassin' and spat on. Six months after 9/11, someone saw my brother walking around with his cap on his head, in a long gown, carrying the Quran, called the cops and said we were building bombs in our apartment. Federal agents came to our door to investigate. I said, 'Come in. We have nothing to hide.'

How do you deal with this level of ignorance and hate?

I've had a lot of therapy and attended workshops. I understand the ignorance. People are looking for a story to attach themselves to so they are not as scared. But it's definitely racism and definitely infuriating.

Your suffering was two-fold, as you worked near the site as a paralegal. What was that like?

I'd look out my office window and see the entire site. There were prayer circles. Family members brought chairs and waited — first, hoping to be reunited with their loved ones, then to see if the remains would be dug up.

For years you associated your birthday – September 12th – with death, destruction and hate. How are you marking it this year?

It took some time to shift my mindset. My birthday is not about destruction or how people feel about my race, but how I feel about myself. I'm renting a hotel room for myself and my three daughters and ringing in my birthday. I'm excited. 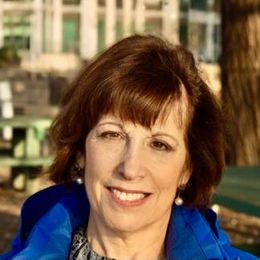 Sherry Amatenstein is a NYC-based psychotherapist, author of four books, and contributor to many publications including Better Homes and Gardens and the Washington Post.
Read More
Advertisement