When it became difficult for her mom to think sequentially, the act of getting dressed, or having clothes washed, ended in extreme frustration

On school nights, at bedtime, my mother would come into our rooms and assess the state of the clothes we'd taken off. She'd pick my dress up off the floor — girls were not allowed back then to wear pants to school — hold it up, put it right-side out again, shake out the wrinkles and make the pronouncement: "This can be worn again." She'd hang it back up in the closet. If I'd sat in dirt or spilled something from lunch: "This needs to be washed."

And off she would go, with the dress balled up and tossed into the hall hamper. She went to each of the kids' rooms, doing this same nightly thing. This needs to be washed; this can be worn again.

In the year between my father's death and putting my mother into assisted living, she declined rapidly. When I visited her, she spent most of her time asking me, "What are we going to DO?" She was baffled on a daily basis by just what humans do with their time, and with each other.

She'd grown accustomed to being alone and my presence threw her off. When I suggested that I could help by doing her laundry, she said, "Oh no. Not that. That's too stressful."

She had been wearing the same outfit over and over, white pants and a mauve-colored turtleneck, even though it was a hot Texas summer.

My brother, who lived in the same town, had told me she'd been seen at the bank and the post office, wearing clothes with food stains down the front. She had been wearing the same outfit over and over, white pants and a mauve-colored turtleneck, even though it was a hot Texas summer.

Frightened to Relinquish Her Clothes for Washing

I finally convinced her these items needed a spin through the washer and dryer. But the whole time they were being washed, she had great anxiety.Would they come out okay? When would they be done? She needed them. This was so unnecessary!

The more dementia progressed, the more frightening it was to her to relinquish her clothes long enough for them to be washed. The more she wore the same outfit, day after day, the more intense her attachment to it became. She cried to part with these clothes; she might never see them again.

I had read "The 36-Hour Day," a bible for caregivers of anyone with dementia. When it got to the point where there was only one dress she would wear, every single time we went out, the same blue peasant dress with the embroidered bodice, I took a suggestion from the book and bought her two more just like it. The idea in the book was when you had to take away the cherished article of clothing, to wash it, you could give them this identical replacement and they'd not know the difference.

But my mom knew. I'd offer her the dress from the closet that she'd not worn yet, and she'd look at me like I was daft. "Not that one," she'd say. "The one I like!"

"The 36 Hour Day" explained why dressing and undressing had become such a dreaded thing. One of the parts of my mother's brain that had stopped working was the part that handles sequencing. Dressing, the book pointed out, was entirely dependent on sequencing. Certain articles of clothing came before others. Add to that things like buttons and zippers and laces — all requiring dexterity and hand-eye coordination — and the formerly simple task of getting dressed had become a daily nightmare.

Another reason why it was easier to keep wearing the exact same thing: an easy, loose dress that slipped over her head. And to never give it up.

'This Can Be Worn Again'

It's January of 2010, a year and a few months after my mother died, and I'm teaching a creative writing intensive in residence at Arcosanti in Arizona. Ten students and I are living there for 16 days, reading and writing. The temperature range is dramatic. Nighttime can require long underwear and a down jacket, but daytime can warm up to T-shirt weather. You're constantly putting on or pulling off layers. My studio has two single beds and, without even realizing it, I am utilizing one as my "this can be worn again" area.

In the small closet, clean clothes are hanging or stacked neatly on shelves. The bed closest to the closet is where the not fully clean items go. Not stinky enough to warrant a trip to the laundry room; not pristine enough to put back in with the fresh clothes. As I was straightening piles on the bed, finding something suitable to wear to class, dinner and evening workshop, I flashed back on my mom, the nightly ritual. I trusted her implicitly. This can be worn again.

I had a memory of sixth grade. A girl in my group of friends was selected by the others to approach me with this question: "How many dresses do you have?"

It was like she wanted all her clothes to be forever in that limbo state — in between clean and dirty. This can be worn again.

"We're just wondering," she said, "because you've worn that dress every day this week." The dress was the green jumper my mom had made, with the white rick-rack, to match the white turtleneck I wore underneath.

It was Thursday. Each night that week, my mom had said about the dress, "This can be worn again."

It took me till sixth grade to understand that she didn't necessarily mean the next day.

My mom was too busy back then to notice what each of her five kids were wearing as they left for the school bus. And later, she wasn't cognizant of people in her community noticing she kept wearing the same clothes, even with food spilled on them. She wasn't paying attention then for very different reasons. Too much traffic in her brain. Misfires and busted synapses.

When I got home from my intensive in Arcosanti, I created a bin in my closet: "This can be worn again." It seemed both groundbreaking and obvious to me, that there should be three stops for our clothing: Clean, Dirty and something in between.

Once we'd moved my mother to an assisted living in my town, laundry continued to be a challenge. At first I thought she just didn't trust the staff at her care home, so I offered to take her dirty stuff to my house, but she said, "Don't you see? That would be even worse!"

She just did not want to relinquish any item of clothing to be washed, anywhere. It was like she wanted all her clothes to be forever in that limbo state — in between clean and dirty. This can be worn again.

It strikes me now, that there's an ongoing connotation to wearing something again — like an "active" file in your closet, it implies a life in progress, in motion, a thing continuing. 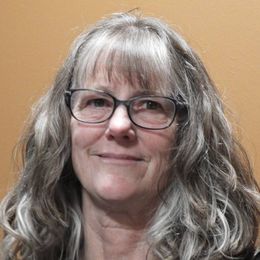