You Don't Need to Reinvent Yourself for a Second Act

Gary Maxworthy spent three decades in business until a personal tragedy prompted him to reexamine his priorities. He left the corporate world behind, set off to find his true calling, and in the process discovered both a new identity and the path to accomplishing his most important work fighting hunger.

In this telling, Maxworthy is an archetypal example of the reinvention mythology that seems omnipresent today, especially when it comes to those in the second half of life. Self-help columns are packed with reinvention tips. Financial services ads depict beaming boomers opening B&Bs and vineyards. More magazine, that bastion of midlife uplift for women over 40, even sponsored a series of reinvention conventions.

Retirement itself, we’re advised, is being reinvented.

(MORE: Why You Are Your Best Investment)

The Appeal of “Reinvention”

There’s no denying the heroic appeal of the reinvention narrative, especially to 50- and 60-somethings confronting uncharted territory and the imperative to forge ahead with a new chapter. And this notion surely beats the counter-narrative that says you’re washed up at some arbitrary age, your best work behind you with two choices: hanging on or the abyss.

Yet for all its can-do spirit, I’ve come to believe the reinvention fantasy — the whole romance with radical transformation unmoored from the past — is both unrealistic and misleading. I’ll even go further: I think it is pernicious, the enemy of actual midlife renewal.

For the vast majority of us, reinvention is not practical — or even desirable. On a very basic level, it’s too daunting. How many people have, Houdini-like, escaped the past, started from scratch, and forged a whole new identity and life? Sure, it happens — but not often, at least outside of Hollywood.

(MORE: Pivot to a Second Act With Purpose)

More troublesome is the underlying assumption that the past — in other words, our accumulated life experience — is baggage to be disregarded and discarded. Isn’t there something to be said for racking up decades of know-how and lessons, from failures as well as triumphs? Shouldn’t we aspire to build on that wisdom and understanding?

The Power of Reintegration

After years studying social innovators in the second half of life —individuals who have done their greatest work after 50 — I’m convinced the most powerful pattern that emerges from their stories can be described as reintegration, not reinvention.

These successful late-blooming entrepreneurs weave together accumulated knowledge with creativity, while balancing continuity with change, in crafting a new idea that’s almost always deeply rooted in earlier chapters and activities.

A Lesson From Purpose Prize Winners

That’s a clear lesson inherent in the work of the 430 winners and fellows of the Purpose Prize, an annual award for social entrepreneurs and innovators in the second half of life (sponsored by my organization, Encore.org). In 2007, Gary Maxworthy was one of them.

As a young man, Maxworthy heard JFK’s call to service and aspired to join the Peace Corps. But practicality intervened: He had a family to support, and put his early dreams on hold to work. And work he did, for 32 years in the for-profit food distribution business. Then his wife died of cancer. That tragedy forced him to reevaluate his life, particularly how he would spend the coming decades. Maxworthy then joined VISTA, the domestic sister organization of the Peace Corps, which in its wisdom placed Maxworthy in the San Francisco Food Bank.

(MORE: Words of Wisdom to Anyone Eager to Start an Encore Career)

The food bank, he quickly realized, was only set up to distribute canned and processed foods. Meanwhile, his years in the food business had taught him that an enormous amount of fresh food is discarded daily by growers throughout the state, simply because it is blemished. Drawing on his knowledge of how to distribute large quantities of food in ways that preserved freshness, he launched Farm to Family — which distributes nutritious food (that otherwise would have been thrown out) to food banks in California and elsewhere.

Maxworthy might have been able to do some good as an idealistic young Peace Corps volunteer, but after a significant body of midlife work, he was able to accomplish something truly remarkable, something at the intersection of experience and innovation — qualities long regarded as oxymoronic in nature.

You could say Maxworthy put two and two together, except in this case commonsense logic led to something larger: this year, Farm to Family distributed over 100 million pounds of food.

I could recount a hundred other tales with essentially the same pattern, and fundamentally the same lessons — tales of reintegration that are not only more pragmatic than the reinvention fantasies but also, to my mind, far more heartening.

They affirm the value of what we’ve learned from life and remind that the seeds of change — even very big change — are often already within us.

Why the Reinvention Myth Endures

Why, then, has the reinvention myth proved so persistent, even as it serves us poorly?

I think the answer lies deep in American character and history. Literary critic R. W. B. Lewis unearthed this cultural vein in his classic 1955 volume, The American Adam. From the earliest days of the republic, Lewis wrote, Americans were enthralled with the ideal that they could fashion a future liberated from the past. One magazine of the 19th century movement known as Young America wrote, for example, in 1839: “Our national birth was the beginning of a new history … which separates us from the past and connects us with the future only.”

D.H. Lawrence observed in 1923 that glorifying the new and jettisoning the old amounted to “the true myth of America.” In this narrative, Lawrence writes, America “starts old, old, wrinkled and writhing in an old skin. And there is a gradual sloughing of the old skin, towards a new youth.”

That perspective has not only influenced our view of youth, but of later life.

The “Golden Years” retirement mythology was built around the dream of a second childhood, graying as playing. Retirement communities were age-segregated not only to avoid school taxes, but somewhat paradoxically, to evade the idea of old age itself. If everyone was old, then no one was old.

Draw On Your Accumulated Knowledge

To me, that’s the most damaging part of the reinvention mythology: the preoccupation not only with rebirth, but with youth itself, even as it is slipping away. Today 70 is upheld as the new 50; 60 is the new 40 or even 30 and 50 is practically adolescence.

So during this resolution season, let’s think less about reinvention and more about forging ahead in ways that draw on our accumulated knowledge — what former Alvin Ailey star Elizabeth Roxas-Dobrish describes as “all the things that life has put into you.”

And as the nation enters the year in which the youngest boomers will turn 50, leading us to take another sizable step into the graying century, let’s think about a new myth of America, one that breaks free from the notion of eternal youth and that learns to appreciate the true value of experience. 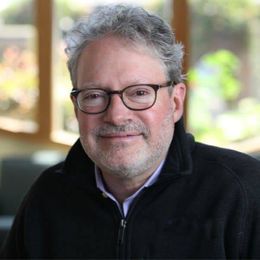