Growing Number of Adults with Down Syndrome Also Develop Alzheimer's

Kathy Rotwitt was devastated the day she found out that her little brother, Mark Rond, who was 57, had dementia. She remembers when Mark was diagnosed with Down syndrome at birth and how her mother spurned the doctors' advice to send him to an institution, insisting he would live at home with her other children.

Years later, after their parents passed away, Rotwitt and her sister, who by then had their own families, happily welcomed "Uncle Mark" to live with them, splitting his time between their homes.

"We just assumed Mark would become this little old man who would probably need diapers, but we could [help him dress] and he would be happy with us and life would be good," says Rotwitt, a 70-year-old retired school teacher in Napa, Calif.

"You're always praying for a miracle."

But several years ago, Rotwitt and her sister started noticing troubling changes in their brother. Mark looked forward to Halloween all year long, but suddenly in 2018 he lost interest in posing for pictures in his traditional gory vampire costume.

He started sleeping during the day and didn't want to shower. Rotwitt and her sister took Mark to a geriatrician who did neurological testing and brain imaging and diagnosed Mark with Alzheimer's disease, the most common form of dementia.

Even though Rotwitt says she was expecting the diagnosis, "you're always praying for a miracle." Instead, she and her sister had to start thinking about how to manage symptoms and complications, such as seizures, and how long Mark could keep living with them.

Aging with Down Syndrome

More families and caregivers than ever are facing difficult questions like Rotwitt about how best to care for older adults with Down syndrome who develop dementia. The average life expectancy for people with Down syndrome has increased dramatically, thanks to better medical care for childhood heart defects and other common complications and more people living at home instead of in institutions.

"Now we are starting to see some of these age-related diseases much more frequently, like Alzheimer's disease, unfortunately."

The life expectancy for people with Down syndrome born today is about 60 years, compared with 25 for those born in 1983, although Black and Hispanic people with the disability have shorter lifespans than white people.

At the same time, adults with Down syndrome show signs of aging — and "slowing down" — earlier in life, and are at higher risk of age-related diseases, including neurological problems, Type 2 diabetes, and autoimmune diseases. About 30% of people in their 50s with Down syndrome have Alzheimer's and 50% in their 60s, whereas the rate among adults in the general population age 65-to-74 years is about 3%.

"The last generation or two is the first time we have, fortunately, had significant numbers of adults with Down syndrome," says Dr. Brian Chicoine, medical director of the Advocate Medical Group Adult Down Syndrome Center, in Park Ridge, Ill. "But now we are starting to see some of these age-related diseases much more frequently, like Alzheimer's disease, unfortunately," Chicoine adds.

It can be challenging to recognize dementia in adults with Down syndrome because the first signs are often changes in mood, such as depression or anxiety, whereas the typical memory loss may not be noticeable until later, Chicoine says.

To pick up on early, often subtle, changes, Chicoine asks adults with Down syndrome and their caregivers questions about a range of areas, including behavior and personality, communication, motor skills and memory, every year during their checkup.

It is also important to rule out conditions that can mimic Alzheimer's disease in people with Down syndrome, especially sleep apnea and low thyroid or vitamin B12 levels, Chicoine notes.

Annual screening for dementia starting at age 40 is one of the recommendations in the first-ever evidence-based clinical guidelines for adults with Down syndrome that were published in 2020. However, Chicoine, who helped create the guidelines, suspects that most adults with Down syndrome are not getting regular screening, in large part because of the shortage of clinics and the fact that primary care doctors in the U.S. have not had training in caring for this population.

Another recommendation in the clinical guidelines for adults with Down syndrome is to be cautious about diagnosing anyone younger than 40 with dementia, because the disease is fortunately so rare in this age group.

Even though nearly everyone with Down syndrome has the hallmark signs of Alzheimer's pathology in their brain, such as amyloid plaques, by their 40s, most don't show clinical signs of Alzheimer's until their 50s or 60s, and some older adults never do. The pathology is common because the gene for amyloid precursor protein (APP) that leads to amyloid plaques is on chromosome 21, and as people with Down syndrome have an extra copy of chromosome 21, they make more APP.

"There is a time that the brain can somehow compensate and people don't show [behavioral or cognitive] changes," says Dr. Elizabeth Head, professor of pathology at the University of California, Irvine. What is happening during that time, and what eventually triggers the onset of dementia symptoms — including the possible contribution of diabetes, poor sleep, diet and other factors, is the focus of the ongoing Alzheimer's Biomarkers Consortium-Down Syndrome (ABC-DS) study, which Head and other researchers are leading.

Jadene Ransdell's son Matt, who has Down syndrome, got diagnosed with dementia at only 39 after he started having trouble getting dressed and helping with laundry at the residential facility where he lives in St. Petersburg, Fla.

Ransdell, who lives in nearby Clearwater, Fla., thinks the neurologist at Matt's regular checkup misdiagnosed him because Matt's behavioral changes were pretty minor, and because Matt has not really continued to decline in the eight years since the diagnosis.

Adults with Down syndrome who develop Alzheimer's tend to decline more rapidly than people in the general population, Chicoine says.

As soon as Ransdell found out about Matt's diagnosis, she reconnected with advocacy groups and resources for the first time since Matt was a teenager. It hit her that there were no conferences for families of adults with Down syndrome, and few resources. "Once we leave school, there's nothing," Ransdell recalls thinking.

Ransdell told leaders at the National Down Syndrome Society (NDSS), which has historically developed education and employment programs, about this unmet need, and it was like a lightbulb went off. In 2018, they put together the first of a now annual conference on caring for adults, and created a Health and Wellness Program that is starting a new focus on Alzheimer's disease.

"I have not really been impressed with the medications for Alzheimer's in people with Down syndrome in my experience and in studies."

Ransdell, who is now the NDSS manager of health programs, plans to develop resources with practical advice on caring for adults with Down syndrome who have dementia to share with the hundreds of affiliate groups across the U.S.

Ransdell hopes the NDSS and Alzheimer's Association will start working to bring together their local affiliates and chapters. Although this is already happening in some parts of the country, where they have formed joint support groups for example, Ransdell says that some Alzheimer's chapters are reluctant to work with Down syndrome groups because they don't feel knowledgeable about the disability.

When Rotwitt and her sister finally decided that caring for their brother Mark was too physically and emotionally difficult, they kept finding homes that could care for people with Down syndrome or dementia, but not both. Finally, last May, they moved Mark into a residential care home in Napa, Calif., for older adults with dementia that had recently started accepting adults who also have an intellectual or developmental disability.

Although Rotwitt worried at first because Mark would be living with much older adults, she now thinks the home is "wonderful" for her brother, who still enjoys some of his great loves—watching wrestling on TV and dancing — now swaying in his chair — to music.

None of the medications to help manage Alzheimer's symptoms have been approved by the U.S. Food and Drug Administration specifically for people with Down syndrome. Although drugs such as Aricept (donepezil) are sometimes used, there are few studies in this population and they have not found much benefit.

"I have not really been impressed with the medications for Alzheimer's in people with Down syndrome in my experience and in studies," Chicoine says. And the side effects can be pretty significant, such as loss of appetite, insomnia and agitation.

"It is very safe to say that we are going to see massive improvements in the quality of life and life expectancy in the next ten years or so."

"[But] there is a lot we can do and a lot of things we can help families with," Chicoine says. He focuses on treating conditions that often occur with Alzheimer's, such as depression and anxiety, and maintaining regular health screenings such as for thyroid function.

He also talks with patients and families about how healthy diets and exercise remain important, and discusses interventions such as providing visual aids and modifying the environment using tips outlined in a booklet created by Down's Syndrome Scotland. One example is putting pictures on doors to label rooms.

Research on treatments for adults with Down syndrome who have Alzheimer's, along with research on other conditions associated with Down syndrome, has picked up in recent years, because of the GLOBAL Down Syndrome Foundation's lobbying to increase federal research funding.

Several years ago, scientists at the Linda Crnic Institute for Down Syndrome at the University of Colorado Anschutz Medical Campus, which is supported by GLOBAL, discovered that a component of the immune system that drives inflammation is more active in people with Down syndrome.

Clinical research is underway in people with Down syndrome, looking at whether medications that tamp down the immune activity can improve skin conditions such as psoriasis. Because of all the evidence that this hyperactivity may impair cognition and accelerate Alzheimer's, this research is also exploring whether these medications can improve cognition and delay the onset of Alzheimer's, says Dr. Joaquin Espinosa, executive director of the Linda Crnic Institute for Down Syndrome, who is leading one of the studies.

Espinosa says there has been a paradigm shift that made scientists, including himself, more aware of the importance of Down syndrome research.

"It is very safe to say that we are going to see massive improvements in the quality of life and life expectancy in the next ten years or so," he says.

Human Rights Organization for Individuals with Down syndrome | NDSS 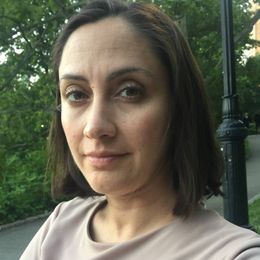 Carina Storrs is a freelance science and health journalist. She has written for CNN Health, Health Affairs, Medium, Nature News, Scientific American, New York Times and other publications. Carina has a master’s in journalism from the NYU Science, Health & Environmental Reporting Program and a PhD in microbiology from Columbia University. She lives in NYC with her husband, young daughter and two cats. Read More
Advertisement