Aging and Disability Often Intersect, But Safety Support Systems May Not

The aging and disability worlds are colliding, but the policies and systems that currently exist are not enough to keep both populations safe

People with disabilities are often vulnerable to abuse, fraud and other safety threats. So are older people. Since aging often brings on or worsens physical and/or cognitive disabilities, it stands to reason that safety risks increase. And as the overall population ages, there will be more people who fall into both these categories.

Yet many professionals trained to deal with one population have little experience with the other, say people who work in the field. Services also vary among states, which fund and administer different programs, and between urban and rural areas, they say.

"Often it's our programs, systems, policies, infrastructure and our attitudes that actually create the vulnerability."

"I think it's an area we don't look closely enough at," said Leigh Ann Davis, senior director of criminal justice initiatives at The Arc, a Washington, D.C.-based organization serving people with intellectual and developmental disabilities.

In the U.S., agencies charged with protecting people with disabilities aren't the same as those serving older adults, and "we're not necessarily talking to each other at the level that we need to be," she told Next Avenue.

"We really need to think about the common challenges that both populations are facing," Davis said. While there's research on cognitive disabilities in general, "I'd like to see it broken down into type of disability," she said. People with autism, for example, have different challenges from those with dementia or Alzheimer's disease.

In Massachusetts, Some Progress

"Often it's our programs, systems, policies, infrastructure and our attitudes that actually create the vulnerability," said Nancy Alterio, executive director of the Massachusetts Disabled Person Protection Commission in Quincy, Mass.

For example, someone with an intellectual or developmental disability might not get access to education about healthy relationships, which places them at increased risk for sexual abuse — and if they haven't learned about boundaries, they may not recognize it as abuse.

People with disabilities often depend on caregivers for help with bathing, dressing, and personal hygiene. That may put them in situations in which they may be abused sexually or otherwise, but often these crimes may go unreported because of the person's reluctance or inability to tell anyone, or because they're not believed when they do tell, according to Alterio.

Massachusetts rape crisis centers used to have a policy that only a victim could make an appointment, which made it hard for people with communication issues to report incidents, Alterio said. "That policy actually prevented access in some cases," she added.

"There is associated psychological trauma to being financially exploited. There is increased mortality."

To make things worse, staffers trained in treating "the trauma piece" of sexual assault weren't always comfortable working with people with disabilities, Alterio said. Her commission worked with the Department of Public Health and rape crisis centers to develop guidelines to ensure people with disabilities have equal access to trauma services, and "we now have a statewide sexual assault team within the Disabled Persons Protection Commission."

The commission also works with the Department of Public Health, rape crisis centers, and victim compensation and legal advocacy groups, Alterio noted. Rape crisis counselors are now required to have training in working with people with disabilities, and there is no longer a limit on the amount of time spent working with a particular client.

"There are subtle differences across states" when it comes to protecting adults with disabilities, and there are differences between urban and rural areas, Spoeri said.

"We have more investigators here in Philadelphia than some of the states in the Upper Midwest," she explained. "It's just the population."

Adult protection is an "evolving" field, Spoeri said "APS didn't really come out of the woodwork until the late '80s."

Financial Fraud on the Rise

"There's a ton of research going on regarding brain health and cognition and how our brain ages, and how we become more susceptible as we age," she noted. "We're more trusting."

APS is seeing more reports about fraud, Spoeri said. "There are scams coming at people from every direction."

Yet when an older person or someone with a disability is exploited financially, it's more likely to be by a family member. Rather than outright scamming, "it's more taking the checkbook or ATM card," Spoeri said.

"We really have to work together. One of the solutions is more collaboration."

And according to Spoeri, that can be debilitating. "There is associated psychological trauma to being financially exploited. There is increased mortality."

Banking companies are aware of the risks and are taking steps to counteract them. The American Bankers Association and FINRA Foundation have information on their websites about victimization of older adults.

"The financial industry's really becoming very interested in this to protect their clients," Spoeri said. "They're seeing it as a giant problem and wondering how we can work together."

When considering ways to keep older people with disabilities safe, it's important to remember they are still in charge of their own lives, experts said.

"A lot of challenges APS faces are with disabled or older adults who have the ability to make decisions and decide they don't want assistance in their homes," Spoeri said. "We can't stop them, because they are human beings with self-determination and autonomy."

That's "a hard pill to swallow" for some workers who want to help, she added.

"I think there's a lot of ageism and lot of ableism. I think society really does not teach us to accept people's differences, and as we age, it's hard."

"Some people aren't even aware" of Americans with Disabilities Act requirements that people be provided with certain accommodations, Davis said.

"Looking at it through the law is one way of bringing people along," she said. "We do training for policy advocates and victim advocates to help them understand that no one profession is going to be able to conquer this. We really have to work together. One of the solutions is more collaboration."

"There's a stigma around talking about those kinds of issues within a family setting or with someone you know," Davis said. Older people with disabilities "may feel devalued in society, or they may feel they have no right to speak out."

"We need to find ways to help people with disabilities and those who are elderly to have a safe place to tell what's happened to them," Davis explained. The Massachusetts program's joint work with a disability agency is "a great program, but it can't be replicated everywhere," she said.

"We want to give people the dignity to have choice, and sometimes they might choose a risky decision," Davis said. "That is a difficult thing." "Supported decision-making," or SDM, is in some states an alternative to guardianship that can help people with cognitive disabilities make their own decisions and have more autonomy.

"We're all going to make bad decisions," Davis said. "Let's figure out a way to help the person think through all sides of an issue."

"My feeling is to really respect people's choices," said Ali Chiu, elder abuse prevention supervisor at the Institute for Aging in San Francisco. Family members, she said, often don't do that because they fear the person wouldn't be safe without intervention.

"How many people we talk to actually want to be in a nursing facility?" she asked. "It's two out of five-hundred, maybe. In a lot of situations we've seen, eventually the senior decided, 'I don't want to be a burden to my children,' and they consent to go."

"Part of that problem is we are living in a world where we compete for funds to provide services."

"I think there's a lot of ageism and lot of ableism," said Chiu. "I think society really does not teach us to accept people's differences, and as we age, it's hard."

Everyday life can pose safety issues to older people and those with disabilities, explained Chiu, who is blind. Public transportation systems that detour routes without providing notice, self-checkout lanes with no supervision, and bumpy sidewalks are just a few of the hazards out there. Collaboration among city agencies to address these risks and issues of abuse can help, she said.

"Self-neglect" is another safety issue, Chiu said. In addition to physical hazards like medication mix-ups and household hazards, people who neglect to pay or are unable to pay bills often fall victim to scams, she said.

"There's a big difference between the city and a rural area," said Chiu. San Francisco, for example, has more resources than many areas.

The Institute on Aging's 24-hour Friendship Line bills itself as "the only accredited crisis line in the country" for people 60 and older and those with disabilities. It provides support services, including suicide intervention, information and referrals to people in the Bay Area.

"There are pockets of good things happening, but the funding is not there to support the level of need that we have," Davis said. Federal funding comes through Medicaid and other federal legislation that's funneled to states, she added.

According to Davis, The Arc is working on a series of webinars that look at the parallel growth of the protective services and disability rights movements.

"These two movements have been going along, but not necessarily interlocking," she said. "Part of that problem is we are living in a world where we compete for funds to provide services."

"I think we're getting to a place where maybe there's more openness to working together." 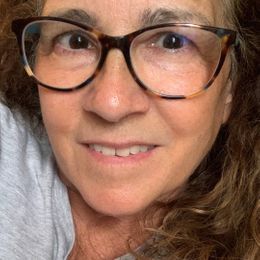