Chest Pain Sent Me to the ER, But It Wasn't a Heart Attack

As I learned, sudden onset symptoms should be checked out in the ER to find their cause

Last fall, while sitting in my family room on a calm Saturday afternoon, I was suddenly hit with a crushing pain in the center of my chest. I was sure that I had twisted some sort of chest muscle, so I sat up straight, hoping that changing position would relieve the pain, but no. Then I leaned forward, still no change. I stood up and walked a few steps, but again, no change. By now, just a few minutes later, the pain had taken my breath away, I was nauseated, and my husband was freaking out. Frankly, so was I.

A few minutes later, after my insistence that he shouldn't, my husband called 911. The paramedics were there within a few minutes. They took an EKG and a blood sample. Turns out, I wasn't having a heart attack, and while I was relieved, the paramedics advised that I should go to the emergency room to find out what was causing the pain.

Calling 911 and following up at the emergency room was a good move according to Dr. Nieca Goldberg, medical director of Atria New York City and clinical associate professor of medicine at NYU Grossman School of Medicine. Goldberg says that it's important not to waste time when sudden onset chest pain occurs.

"It's important to get to an ER and you don't want to waste time because you could be diagnosed with a heart attack or other emergency."

"The most important point is the sudden onset. It's important to get to an ER and you don't want to waste time because you could be diagnosed with a heart attack or other emergency. You can't make the diagnosis about what is causing the symptoms unless you go to an ER where they can do confirmatory testing," says Goldberg.

My symptoms were disturbingly similar to a heart attack, yet, I didn't have a history of heart disease in my family and during my annual checkups, my cholesterol numbers were always excellent.

However, 15 years ago, my older brother died very suddenly, and because there was no autopsy, it was assumed he died of sudden cardiac arrest, but never confirmed. When my pain continued for more than a few minutes, I thought about my brother. If you have a first degree relative who has had a heart attack, you are at higher risk.

So, the question: Is there a way to know if symptoms, such as chest pain and pressure, shortness of breath and nausea are life threatening? The short answer is no — not without further evaluation.

"There is no way of definitively knowing if someone is [or is not] having a heart attack without test results conducted in the ER," Goldberg says.

While the chest pain, shortness of breath and nausea are typical symptoms, Goldberg explains that sometimes women can experience heart attack symptoms differently.

"Oftentimes, women don't feel the chest discomfort. They can feel it lower and confuse it with stomach issues and some women will have back pain," says Goldberg.

Other Causes of Chest Pain

Dr. Jim Liu, practicing cardiologist at Ohio State University Wexner Medical Center and assistant professor at the Ohio State University College of Medicine, says that having chest pain doesn't always mean you're having a heart attack and, more commonly, it's related to something other than the heart.

"Usually, I tell my patients when they come in with chest pain that there's a lot in the chest outside of the heart that can cause pain — the lungs, chest muscles, lining of the heart, the esophagus," says Liu.

According to Liu, common examples of heart attack-like conditions include myocarditis, an inflammation of the heart muscle, which can occur from the cold or flu virus. Pericarditis is another inflammation of the lining of the heart which is a very common cause of chest pain. Pneumonia can cause chest pain. Musculoskeletal issues, such as a muscle strain in your chest from working out or a recent trauma, can cause pain, as well as bruised or broken ribs.

"Panic attacks can really mimic a heart attack, and it would be hard to tell based on symptoms alone. If a patient has a history of anxiety or panic attacks, then it could indicate a panic attack. Generally, there isn't nausea with those types of pain, but there may be some shortness of breath," Liu says.

Other issues can cause chest pain; gallstones, pancreatitis, acid reflux, gastritis, collapsed lung, or a rupture of the esophagus are a few that mimic heart attacks and are just as dangerous. Liu says that chest pain happens for a lot of different reasons — including heart attacks — and he explains that personal medical history can play a role in determining what course of action you should take.

"Family history factors, as [does] if the patient smokes or has smoked, high blood pressure, or heart disease in family. If you have a lot of risk factors — think more seriously if you're having chest pains. If it's a heart attack, the pain is not going away on its own. If it's getting worse, the safest thing to do is to seek medical attention," Liu says.

A Visit to the ER

My troponin level and EKG results were normal. Further tests, including an imaging test, determined that I had gallstones.

Further tests, including an imaging test, determined that I had gallstones.

Emergency medicine physician Kevin King operates a clinical practice at University Hospital and is an associate professor in emergency medicine at University of Texas Health Science Center San Antonio, Long School of Medicine. I asked him how important it is for patients to visit the ER if they're experiencing symptoms similar to a heart attack.

"Chest pain can represent a lot of things, a heart attack being one. Another thing that we [see is] unstable angina, which is a pre-heart attack syndrome. The heart muscle is hurting because there isn't enough blood flow because one of the vessels is narrowed. If that goes undiagnosed for too long, you'll have a heart attack," King says.

He adds that there are approximately 20 conditions that cause chest pain that are emergencies. He also reiterates that if you have a heart, you can have a heart attack.

"If you're experiencing symptoms that are different and concerning, you should always have that checked out because it's potentially an emergency," King says.

"The bottom line is that we all know what our bodies feel like, and if your body is telling you something is weird, or if you think you're having an emergency, you need to call 911."

I'm glad my husband did just that. 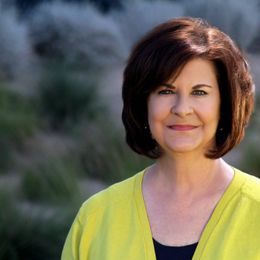