What I Wish I’d Known About Mammogram Callbacks

Here's what you should know if you're on the receiving end of such a call (and it doesn't involve Dr. Google)

Because my mother and maternal aunt had breast cancer, I had my first screening mammogram relatively early, at 36. After the exam, the technician told me to expect a letter in the mail in about a week if everything looked normal.

But two days later, an unfamiliar number popped up on my phone. "This is the imaging center," said a calm voice when I answered. "We need you to come back for some additional views." Suddenly my stomach churned as if I'd swallowed a beaker full of acid. What, exactly, had showed up on my mammogram?

What Is a Mammogram Callback?

Sometimes referred to as a recall, a mammogram callback occurs after a routine screening and indicates that the doctor wants to conduct additional tests to look at something more closely.

Importantly, a callback arises "because we see something that might be abnormal. It doesn't mean for sure that it is," says Dr. Roberta Strigel, section chief of breast imaging and intervention at the University of Wisconsin School of Medicine and Public Health. Callbacks often happen after screening mammograms but can also take place after a screening ultrasound or MRI. About 10 out of 100 women will get a callback after a screening mammogram, says Strigel.

"The likelihood of being called back from your very first mammogram is higher than subsequent mammograms."

It's normal to feel worried about a callback. But here is a reassuring statistic: "Only about five percent of women who are called back from a screening mammogram will have a breast cancer diagnosis," says Dr. Nicole Winkler, a radiologist at the Huntsman Cancer Institute and an associate professor of radiology at the University of Utah.

During a callback appointment, diagnostic imaging is conducted on the area of concern. Diagnostic imaging can provide more detail than screening mammograms, which are for patients who don't have any signs of breast cancer. Tests may include a breast ultrasound, an MRI or a targeted mammogram.

Unlike at a screening mammogram, a radiologist looks at the images immediately and visits with you to explain the results.

According to Strigel, of the 10 out of 100 women who are called back, six will be told everything is fine and to return next year for their regular screening. About two will be asked to come back sooner – typically in six months – to confirm the stability of an almost certainly benign finding. Only one to two women will be advised to have a biopsy; the majority of these biopsies are not cancer.

Since my first mammogram several years ago, I've experienced all of the above scenarios at least once. Though everything turned out okay, the uncertainty was extremely anxiety-provoking. Here's what experts say about why callbacks occur and how to cope:

If you get a mammogram callback, first remember "the likelihood of something being cancer is low," says Winkler. Two of the most common, non-serious callback reasons are cysts and overlapping breast tissue.

Breast cysts are benign, fluid-filled areas that show up on a mammogram. "We see cysts all the time. They're very common," says Strigel. A screening mammogram alone can't show the radiologist that something is a cyst, so typically an ultrasound is needed.

"After my first callback, I immediately went online and began scrolling breast cancer chat boards. Reading others' anecdotes only increased my fears."

Overlapping tissue occurs when breast tissue is superimposed on top of itself during the compression of a mammogram, creating a "pseudo-mass" that can look suspicious, says Dr. Nikki Tirada, section chief of breast imaging at the University of Maryland Medical Center and assistant professor at the University of Maryland School of Medicine. In this case, radiologists need to obtain additional images in different positions to see if the mass disappears.

What else might affect your chances of a callback? One consideration is the type of mammogram performed.

Your medical history makes a difference, too. If you've had prior biopsies – even benign ones – or have a family history of breast cancer, "our alarms go up and we look a bit more carefully," Tirada says.

The length of time between screenings also influences the likelihood of getting called back. With regular, annual exams, radiologists can compare your current images to previous ones. Many patients have benign breast masses or calcifications that are harmless, says Tirada. "If they were there on your prior mammogram, I feel confident letting it go," she adds.

Along these lines, "the likelihood of being called back from your very first mammogram is higher than subsequent mammograms," says Winkler, because radiologists don't have older images to establish whether something is normal for you.

If you're playing catch up on your screenings, you're not alone: A July 2021 study in the "Journal of the National Cancer Institute" estimates that due to the pandemic, 50% of women missed their screening mammograms in 2020. It's important to get back on track, Tirada says.

If you've recently had a COVID-19 vaccine or booster, she advises scheduling any imaging at least six weeks after the shot. That's because the vaccine sometimes causes temporary, harmless lymph node swelling under your arm that can be mistaken for an abnormal finding.

One caveat: If you're experiencing symptoms like a lump, nipple discharge or dimpling or pulling in of the breast, ask your doctor about being examined sooner.

My Results Say I Have 'Dense Breast Tissue.' What Does That Mean?

Speak with your health care provider about how your breast density and other risk factors might affect your screening plan. Annual mammograms are still recommended if you have dense breasts. But some women may benefit from supplemental imaging, such as breast MRI or whole breast ultrasound.

What to Do While You Wait for Follow-Up Testing

Though the time between a callback and follow-up testing is usually only a few days, waiting can be a recipe for anxiety. After my first callback, I immediately went online and began scrolling breast cancer chat boards. Reading others' anecdotes only increased my fears.

"I never want to tell people they can't get on the internet, because we all do right away," says Strigel. But it helps to limit Dr. Google if you can. Know that a radiologist will explain everything in-person at your appointment.

In the interim, you can always ask to speak with someone sooner. Although the person who calls to schedule your imaging typically can't share specifics, that doesn't mean the findings were cancer or information is being kept from you, says Strigel; the scheduler simply doesn't know.

If you ask, most radiologists are happy to talk through screening results over the phone. In the past, I've also called my primary care physician, who has access to my results and can give me a sense of what the radiologist saw.

Though doctors cannot know the results definitively until diagnostic testing is complete, speaking with a trusted medical professional can put runaway worries into perspective while you wait.

Above all, remember that the benefits of screening outweigh the risks. "In the small chance that a cancer is found, the vast majority are early-stage," says Winkler. That means less treatment – a patient might not need chemotherapy, for example – and a reduced risk of dying from breast cancer.

Strigel agrees, saying: "You did the right thing by going in for your screening." 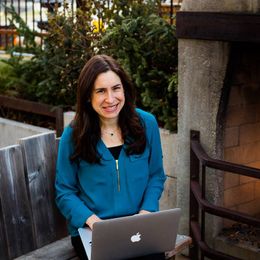 Gina Rich is a writer in the Midwest covering parenting, health, and travel. She is a board member for ABCD: After Breast Cancer Diagnosis, which provides customized peer support to anyone facing a breast cancer diagnosis. Find Gina on Twitter at @GinaRichWriter. Read More
Advertisement