There's No Age Limit in Tennis

Tennis can be tough on the body. We've got five tips to help avoid injury.

The Olympics may be over, but the professional tennis world doesn't rest — the main draw of the 2021 U.S. Open began just one short month after Tokyo. Though it's fun to watch the pros duke it out in Arthur Ashe Stadium, it can be even more fun to try your own hand at the game.

And why not? Tennis comes with many health benefits, including reports of increased musculoskeletal health. It also supports mental health: research has found that recreational tennis can create a sense of community and belonging among its players.

These benefits can be reaped at any skill level and any age. The Tennis Industry Association's 2019 Tennis Participation Report indicated that about 12% of U.S. tennis players are between 45 and 55. Another 11% or so are 55 and older. Together, these two groups account for an estimated four million Americans.

The downside of all sports is that they come with the inherent risk of injury. A 2021 study found that the number of tennis injuries remained consistent between 2010 and 2019, and though consistent is better than increasing, there's always room for improvement.

Here are five easy tips to help you avoid tennis-related aches and pains:

Warm Up Before Playing (Cool Down After)

The USTA, the governing body of tennis in the U.S. and host of the U.S. Open, suggests players "be smart about how you prepare your body for a match and how you recover."

Traditionally, this includes stretching, but Robert Axtell, professor and graduate coordinator for the Department of Health & Movement Sciences at Southern Connecticut State University, encourages "mini-tennis" instead.

"Tennis is a rigorous sport. Learning proper technique can eliminate some risk of injury."

In mini-tennis, players begin not at the baseline, but at the service line in the middle of the court. The goal isn't to beat your opponent but to keep the ball in play, hitting shortened forehands and backhands cooperatively for five to 10 minutes.

A tennis player himself, Axtell explained that this warm-up time increases the body's tissue temperature, which then reduces the risk of injury.

Static stretching (when you deliberately hold a stretching posture for several seconds at a time) is better suited for cooling down. According to Axtell, doing so beforehand "can negatively affect power activities, such as forehands and backhands," due to the potential for muscle or tissue damage, reduced neural activity, and other factors. There are a range of stretches that players can employ.

In fact, many of the stretches applicable to pickleball are effective for tennis players, as both are racket sports and utilize similar muscle groups.

Though hydration is important with any type of physical activity, it is crucial for outdoor tennis, where the sun, heat, and wind can impact the game — and the players.

To minimize weather-related stress on your body, try to play at either the end of the day when temperatures are cooler, such as before 10 a.m. or after 5 p.m. Players can also hit indoors, where courts are temperature-controlled.

"You don't need the latest and greatest model." More important, instead, is your racket's grip.

Indoors or outdoors, Axtell recommends that players drink approximately 6 ounces of fluid on changeovers, or breaks, even if they don't feel thirsty. "The amount of water to drink depends on a lot of factors," Axtell said, but his recommendations come from a 2016 study on fluid intake in tennis.

Not all sneakers support your foot and ankle the same way. According to the American Academy of Orthopaedic Surgeons, tennis shoes "provide stability in all directions." This is particularly important in a sport where players move from side to side as well as forward and back.

Both Axtell and John Pagano, a professional tennis instructor and the owner of the Tennis Club of Trumbull in Conn., echoed this advice: incorrect shoes can result in slips, falls and sprains. To avoid injury, purchase shoes specifically made for tennis. They're available online and at most sporting goods stores.

Your racket is the only thing that ever touches the ball, making it the most important piece of equipment in tennis. "You don't need the latest and greatest model," Pagano explained. More important, instead, is your racket's grip.

When a grip is too small — or too large — the racket may spin in the player's hand. This can cause mishits. But more concerning is the strain it puts on the wrist and forearm.

To check your grip, Pagano recommends a quick test. Hold your racket and look at the gap between your fingertips and the bottom of your hand. Ideally, there should be a little space between the two.

Though comfort is an important consideration, the general rule of thumb is that when your fingers are very close to, or touch, your palm, the grip is too small. If the gap is wide, it's too big.

To fix a small grip, players can purchase an overgrip: a thin grip that wraps over the racket's current grip. This will incrementally increase its size. "Unfortunately," Pagano said, "there aren't many options when a grip is too large." In this case, he recommends looking into a new racket.

Some tennis injuries, such as tennis elbow, result from improper stroke technique. Others stem from incorrect footwork, which often leads to falls. Pagano has seen these injuries many times in his role as a teaching professional. He recommends formal instruction, such as group clinics, as one way to reinforce correct technique and decrease these injuries.

"Tennis is a rigorous sport," Pagano said. "Learning proper technique can eliminate some risk of injury."

Tennis clubs typically offer long- and short-term clinics. If that sounds daunting, most also offer drop-in programs, where players choose individual days and times to attend. These programs are a great way to receive instruction — and also meet fellow tennis players. Check your local club for its schedule and specials.

Whether you play singles or doubles, indoors or outdoors, or even regularly or occasionally, small steps can lead to big changes when it comes to preventing injury. 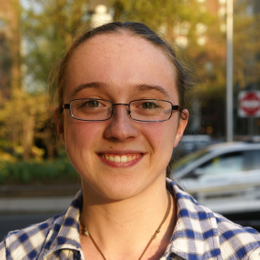 Natalie Schriefer is a lifelong athlete. Her work has appeared in places such as MTV, Dame Magazine, and Canada's Room Magazine. She works as a freelance academic editor, specializing in the health and human services. You can read more of her work here: www.natalieschriefer.com or follow her on Twitter: @schriefern1 Read More
Advertisement