The Model of a Mother and Son Project

An attempt to build a model sports car didn't go as planned, but that doesn't mean they didn't have fun

Last summer, I took my nine-year-old son into a hobby shop to buy a model replica of a Lamborghini Contach, his favorite car. I let him choose the paint — metallic blue — we grabbed a tube of glue and headed to the cashier.

We didn't wind up there by happenstance. I'd been talking about buying him a model car for days, recounting how when I was young in the 1970s, we would build model cars and airplanes.

I'd been talking about buying him a model car for days, recounting how when I was young in the 1970s, we would build model cars and airplanes.

I told him about my father's workshop in the basement, and the vise he had attached to a table, which we would use to hold a piece of the model in place while gluing another piece onto it. Or if you needed to paint a fine line, you could clamp the body of the model in there to keep it steady, and then use a very tiny brush to paint your line.

Model making was a delicate business, I recalled, and having a vise was a very useful tool.

As we stood at the cashier, I suddenly remembered the nubby bits of plastic that would remain on each piece of the car after you'd detached it from the plastic framework on which it came. This was an old-style model kit. This was no Lego set, where all the pieces are separated into little numbered bags.

"Do we need a file, for those little bits of plastic on each piece?" I asked the cashier, showing off my expertise.

"You can use a nail clipper," he said.

"Ah, yes, nail clippers," I said, giving him a nod of camaraderie as if to say, we are on the same team. We do models.

I was excited to build this model with my son, partly out of nostalgia. I loved growing up in the 1970s and our house on Long Island where I built these models as a kid.

But I also wanted to bond with my son as we built it. My husband and I had a child so late in life — I was 47 – that we have just one.

My husband already has a lot of common ground with our son, pitching and hitting baseballs, tossing a football and just plain reveling in the sameness of their gender. I sometimes feel left out. I thought building a car model together might cement our bond.

When we got home from the store, I set all the pieces out on our picnic table, organizing them by letter. There must have been 1,000, and they were much smaller than I'd remembered. I could barely read the numbers.

I was also surprised at how approximating the directions were. The instructions on a Lego set take you step by step, having you put together one component and then building and building upon it until you wind up with the plane or spaceship featured on the front of the box. The instructions that came with the car model were more like an illustration of how a dozen pieces fit together.

The only directions were the series of lines connecting one piece to another, as if to say, "Just put these two pieces together, all right?" No matter that the lines had you putting two or three pieces into the same place on the model. It was up to you to decipher what they meant. The 1970s were a more confusing time than I remember.

"Like this?" my son said, trying to push the small peg on one piece into the hole on another.

"No, like this," I said, and took the two pieces and tried to snap them together, but I pushed so hard, the peg broke off. I tried to just glue the two pieces together, bypassing the hole peg and hole concept, but they wouldn't hold. When I glued them to the body of the car, they just sagged, like a limp branch.

"Mom, that looks ridiculous," my son said. He then got up and started hitting small rocks against the shed with his hockey stick.

Not the Expert I Imagined

I worked on the model for another 15 minutes by myself and then gave up as well. My son returned to the table, picked up the two most identifiable pieces of the car, the top and the bottom of the body, and glued them together, crooked. And with that, we were done.

The truth is, while we had numerous model cars and airplanes in my childhood home, I don't remember putting them together. It was actually my brothers who put them together with my father. Not me.

The only thing I remember doing was taking an airplane that had already been assembled by others and applying a U.S. Air Force decal to the side of the plane, which I did, though it came out slanted.

My son and I left the pile of broken car parts on the porch and went out back to have dinner. I'd made rib eye on the grill, salted and brought to room temperature before it was seared. I served it with a baked potato with butter and sour cream and a side of sautéed spinach with garlic and mushrooms.

When I bought the model car, I wasn't playing my position, not because I'm a girl and girls don't do model cars but because it's not what I enjoy nor is it the skill set I bring to the table.

After dinner, my son and I retired to the living room and watched the movie, "City Slickers," and we laughed at all the funny lines and the mishaps.

There's a phrase I've uttered to my husband when we're rushing to get out the door to go somewhere, and I see him doing the very tasks that I usually do, like packing my son's suitcase, or gathering the snacks and games and crayons for our ride, instead of doing the tasks he usually does, like packing the car or checking the oil.

I'll say to him, "Play your position," the phrase they tell elementary school kids when they're playing soccer or football and instead of playing their designated roles on the field, they all run after the ball instead of covering a designated player on the opposite team.

When I bought the model car, I wasn't playing my position, not because I'm a girl and girls don't do model cars but because it's not what I enjoy nor is it the skill set I bring to the table. Cooking a delicious lavish meal, enjoying a good movie, sharing my sense of humor, these are the positions I like to play.

But in trying to win over my son, I wasn't just leaving my position to go after the ball. I was forgetting one of the most important tenets of sports: it's not about scoring the most points but about enjoying the game. And there is nothing enjoyable about a 1,000-piece model with poor instructions. 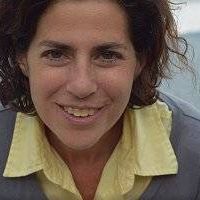 Caren Chesler is an award-winning journalist whose work has appeared in The New York Times, The Washington Post, Smithsonian, Wired UK, Scientific American, Slate, and Popular Mechanics, among others. Read More
Advertisement