The Best of All Worlds: Traveling, Volunteering and Working in Retirement

After a particularly stressful work week, Jane Tafel told her husband, Mark, "I just don't want to work this hard anymore." She had a rewarding job as vice-president of development at a community and workforce nonprofit in Minneapolis. Still a couple of years shy of 60, she planned to work indefinitely. But she often found herself rising in the quiet hours before dawn to prepare for a full workday ahead.

Having had this realization, she and Mark, a retired middle school English teacher in his early 60s, visited a financial planner for the first time, to see if they could move their "someday" plans forward: plans that would take them around the world to teach, work and volunteer, much as they'd lived before having children.

The Tafels didn't call it "retirement" at first but instead their "next phase."

As a young person, Jane had lived and worked in Nepal, Norway and the Caribbean island of Antigua. Later, as a married couple, the Tafels spent four years in Taipei. Mark taught English at an international school, and Jane was the first Montessori teacher and the educational director at a preschool in Taiwan.

When their two children were growing up, Jane and Mark maintained their international ties, traveling as a family to Taiwan and mainland China. From their home in Eau Claire, Wisconsin, Jane served as U.S. Executive Director of Hagar International, a Cambodia-based organization dedicated to helping women and girls escape trafficking.

When their financial advisor said, "You're good to go!" Jane gave notice at work. The Tafels didn't call it "retirement" at first but instead their "next phase." The couple have always lived their life in phases, depending on their situation at the time. They've balanced stability, strong family ties and community involvement at home with exploration and new adventures.

When their younger child left the nest, they moved to the Twin Cities to enjoy its rich culture and to be closer to their grown son, who had moved there. Jane obtained her new position at the community organization, and Mark taught ESL part-time in the public schools and at a nonprofit.

Now, with their children launched and while they were not yet grandparents, they devised a plan to alternate blocks of time, roughly three months each, between their condo in Minneapolis and another place they wanted to explore. This would be active travel that would involve immersing themselves in the community and the culture, not just passing through as tourists.

Their adventures basically break down into two categories. The first are domestic stays in beautiful places in the U.S., where they've worked at resorts and retreats while exploring their surroundings. In their international forays, they've used their decades of professional experience to teach and to assist organizations abroad.

American Landscapes: The Cascades and Beyond

First up, in fall of 2016, was Holden Village, an arts, education and contemplation center in Washington state associated with the Lutheran Church. They'd heard it described as "the most beautiful place on earth" and learned that anyone could volunteer there. The place is so remote that you can only arrive by hiking in or by boat.

Jane worked in communications, as well as lawns and gardening. Mark was an operations floater, doing an assortment of odd jobs. Lodging was provided, and in their off-time, they enjoyed gorgeous autumn hikes in the Cascades.

In other autumn American adventures, the Tafels worked at Minnesota's historic Gunflint Lodge, in the north woods near Lake Superior by the Canadian border. More recently, the couple worked at Bryce Canyon National Park, in Utah, where they lived in an efficiency apartment right in the park. Their job titles have included dining room server, maintenance worker, housekeeper, grounds crewman, front desk agent, general store cashier, stocker and cook.

In their international destinations, the Tafels have shared a lifetime of professional experience. "In 2016, we asked ourselves, with all the knowledge we've gained during our careers, why would we sit back and waste that?" said Mark.

They taught English at a nursing school in rural India, an opportunity found through the Global Mission of ELCA (Evangelical Lutheran Church in America.) "The students were sweet and respectful," Mark said. The couple lived in a guesthouse with a veranda and bougainvillea vines, a flower garden and a lily pond.

In Tanzania, through the United Methodist Missions volunteer program, the couple shared their skills at Wesley College, only in its second year. Mark served as consultant to their English language program while Jane helped launch their development efforts.

"Our colleagues were very welcoming and respectful. The worship experience was amazing, with singing and dancing," Mark said. Again, being wrapped in the activities of daily life was an important part of the experience. "Just going to the grocery store was an adventure," Jane noted.

"In 2016, we asked ourselves, with all the knowledge we've gained during our careers, why would we sit back and waste that?"

Taiwan was a homecoming, in which Jane reconnected with one of the founders of the Montessori school in Taipei, where she'd been one of its first teachers. She had lunch with the kindergarten children she'd taught, who were now 38 years old.

Home Base and Lasting Connections

An advantage of this life in increments is that it's possible to blend the best places with their most beautiful seasons. And also to be back home for holidays and important family events, like milestone birthdays for elderly parents, or a grown child's wedding and the birth of their first grandchild.

The Tafels' generosity with their professional skills has led to some lasting connections with their hosts. The two of them have been contracted to do long-distance work from home for Wesley College, Holden Village and the Montessori school in Taipei.

For those who would like to follow their lead in pursuing seasonal work in beautiful places such as national parks, the Tafels suggested the website Coolworks. The site has a section called "Older and Bolder." According to the organization, over 30% of the jobseekers who use Coolworks are in the retirement demographic.

Matt Moore, co-owner of Coolworks, says that recruiters are thrilled to get applications from people in the second half of life because "they have great work ethics, they're reliable, and there are all kinds of unforeseen benefits — being mentors to younger employees and adding great diversity to a staff."

All employers listed on Coolworks have been vetted, and according to co-owner Kelcy Fowler, "the one qualifier to post a job on Coolworks is to be in a great place."  Lots of these jobs, according to Fowler, are in national parks across the country, as well as resorts, lodges, ski resorts, dude ranches, summer camps and even whale watching expeditions.

Religious and charitable organizations are rich resources for those seeking to improve the world by volunteering. Rev. Elena Larssen, Minister for Volunteer Engagement at the United Church of Christ Global Ministries, places individuals and couples in positions that last from one to 11 months. A favorite project is Back Bay Mission in Biloxi, Mississippi. Some volunteers are "snowbirds" who spend the winter months helping poor people in various ways, including housing improvement and construction. UCC also sponsors a half dozen disaster recovery sites.

Long-term volunteers often serve as coordinators of shorter-term or weekend volunteers. In a COVID innovation, sometimes this can even be done in a hybrid fashion, the coordinators working remotely from home with the on-site managers.

Larssen stresses the great diversity of opportunities for volunteers. She sums up by saying, "The people I work with are the happiest people. Volunteering is good for both your physical and spiritual health. If you're retired and able to donate time, let your retirement years be a time to work on your mission."

Whether your later-in-life "happy place" is beautiful for its ideals or its scenery, there's a bounty of options that can enrich your retirement, whatever your situation. 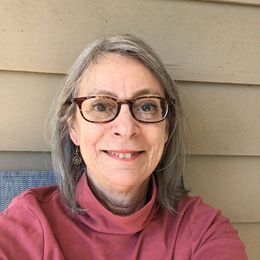 Barbara J. Tuttle is a freelance writer in Minneapolis. Her features have appeared in Star Tribune, Denver Post, Wildlife Conservation, the Cricket Media magazines for children and many other publications. Read More
Advertisement