When Margie Jordan took her first Disney cruise alone with one of her five grandchildren, she jumped into every kid-centered activity her 12-year-old granddaughter desired — until it came time for the AquaDuck. The water slide required passing through a sheet of cascading water at the end. She wasn't thrilled with the idea of getting drenched and having to bother with her hair once again. After both her granddaughter and a Disney employee convinced her that she wouldn't get "that wet," Jordan, of Jacksonville, Florida, relented.

"Well, I got soaked, and we both came down laughing hysterically," Jordan said. And just like that, a memory was made.

Vacations like Jordan's are having a moment. While families continue to enjoy multi-generational vacations, which usually include children, parents and grandparents, duo-generational trips are gaining in popularity. This sort of trip might look like Jordan's — a grandparent or set of grandparents traveling with one or more grandchildren.

In other cases, older adults travel with their adult children, leaving the grandkids behind. Regardless of the combination of family members, it is clear that the separations and tragedies caused by the pandemic have fueled a desire to spend quality time bonding on a more intimate level.

Jordan wasn't done cruising. After the first trip with her granddaughter, her next oldest grandchild wanted to get in on the action, so Jordan embarked on her second Disney cruise, this time with both of the eldest grandchildren.

"I tell you, the thing that was the best for me was getting to just spend time with them without their parents."

"I tell you, the thing that was the best for me was getting to just spend time with them without their parents," Jordan said. "We're enjoying it so much that now, when we talk about taking another cruise — because the third grandson just turned twelve, so now it's his turn to join this little cruise thing that we've got going on — none of them, not one of them wants a parent to come," Jordan said.

The dynamics change when the trip is multi-generational, Jordan has come to realize. If her two daughters came along, her time and attention would be split. She can nurture her relationship with "her grands" in a way that would probably not be possible with their parents present.

When not cruising with her grandkids, Jordan plans trips for others as a travel agent and the owner of Jordan Executive Travel Service, based in Jacksonville. She has advice for other grandparents planning a two-generation trip. First, she recommends waiting until the grandkids are 11 or 12. She also advises that grandparents consider their grandchildren's interests and book the trip around that.

"The trip is about them and all the things that make them amazing. So figure out what their interests are and book the trip around that," Jordan said. "Let the kids be kids and you be a kid along with them."

Angie Rice, co-founder of Boutique Travel Advisors based in Paradise Valley, Arizona, is also seeing a significant increase in duo-generational travel. She agrees that waiting until kids reach their tween or teen years is important when planning a grandparent-grandchild vacation.

"While we're sailing, he's telling me stories of his time in the Navy. I just think it's irreplaceable."

"When the kids are little, it's just a bigger undertaking for the grandparents to take smaller kids, and it's also hard for the kids to be away from their parents," Rice said.

Giving the gift of travel to commemorate a birthday or graduation has become a part of the trend. Rice planned one trip for a set of grandparents who took their high school and college-aged grandkids on a Mediterranean cruise followed up with several days in Rome. The trip was a joint graduation gift for the six cousins.

In many cases, parents are unable to take time off from work for this type of extended trip. It also provides the grandparents more autonomy with their grandkids.

Another reason for an increase in grandchildren - grandparent travel: the middle generation needs a break.

"I think that they (the parents) were in their homes, raising kids 24/7 throughout the pandemic. It could be that the adult children are expressing the need (for a break) to their parents. So I almost think it is happening out of a combination of want and also perhaps need," Rice said.

Aside from cruises, certain types of trips lend themselves to duo-generational travel. All-inclusive resorts in Mexico or the Caribbean are good options, Rice said. If travelers prefer to remain in the country, dude ranches are also conducive to this type of vacation.

Flathead Lake Lodge in Bigfork, Montana is one such place. The all-inclusive, 2,000-acre dude ranch is located on the shores of Flathead Lake just 45 miles from Glacier National Park. It offers visitors a "historic, stuck-in-time kind of experience" that appeals to grandparents, said Chase Averill, general manager and third generation member of the family-owned business. In many cases, grandparents have memories of coming to the lodge as a child, or even with their own children. They want to share the experiences that they look back on so fondly with their grandchildren.

In addition, Flathead Lake Lodge offers a vast array of activities. It is common for the kids to go in one direction and adults to go in another so that they can participate in the activities that suit their interests and abilities. The kids might ride horses, participate in water sports and mountain bike while their grandparents take a tour through the lodge's elk preserve or sail aboard one of the historic sailboats, built in 1928 and 1929 for America's Cup. At night, everyone comes together for a planned activity such as a steak fry or barn dance.

Travel for the Adults

A dude ranch like Flathead Lake Lodge also appeals to older adults traveling with their adult children. Averill saw a surge in this travel dynamic during the pandemic. During the summer of 2020, families that had traveled to Flathead Lake Lodge didn't want to leave. They were able to easily maintain social distancing because of the expanse of the property and still enjoy their family members. For some, it became a retreat from a tumultuous world. A number of these travelers returned for a second trip in the fall, this time bringing their older parents and leaving the kids behind. Many have continued this pattern since.

Phoebe Knight, a Missoula, Montana resident, has been vacationing at Flathead Lake Lodge with her sisters and their 93-year-old father, even longer. The tradition began with a stay at the lodge 18 years ago to celebrate his 75th birthday. Knight values this time with her father, who lives in Cos Cob, Connecticut, over two thousand miles away.

"People are just not willing to let any more time pass without enjoying their family members in some kind of way."

"My dad was a Navy man and loves to sail," Knight said. "That's his thing and the lodge has two beautiful antique sailboats that he can go out and sail. And while we're sailing, he's telling me stories of his time in the Navy. I just think it's irreplaceable. It's been absolutely amazing."

Rice plans trips for older adults and their adult children, too. Recently, she put together a trip for an older adult couple along with their two adult children and spouses. Leaving their minor children behind, they took a river cruise on the Douro River in Portugal. The grandmother frequently helps out with the grandchildren, and this was a chance for her adult children to say thank you and spend quality time alone.

And where did the grandchildren stay while their parents and grandparents were cruising? Several stayed with the other set of grandparents. In a way, it became like two family reunions going on at the same time, Rice observed.

Not everyone is so fortunate to have another set of grandparents available to help out. In cases like these, Rice recommends using opportunities like summer camp to plan a two-generation, adults-only trip.

As for Margie Jordan, the Disney-cruising grandma, she's decided it's time to plan a trip with her two daughters, leaving the grandchildren behind. Like many families, their mindset shifted with the pandemic.

"I think the pandemic really kind of shook a lot of people up. People that were here a couple of years ago aren't with us today," Jordan said. "People are just not willing to let any more time pass without enjoying their family members in some kind of way. It's the thing that you always wanted to do or that you thought you were going to do. And you say 'we're going to plan it one day.' Well, one day is now." 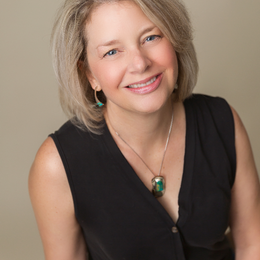 Jenny Wisniewski is a freelance writer based in Milwaukee. She writes about elder care, the environment and travel. More of her work can be found at jennywisniewski.com and on LinkedIn. Read More
Advertisement