Ukrainians and Russians in Minnesota Reflect on Their Home Countries

Elena Kallevig was stunned, alongside the rest of the world, when she saw news reports of Russia's invasion of Ukraine on February 24. The following day she and the board members of the Russian Cultural Center (RCC) in Minneapolis gathered for a meeting to discuss the next steps for the organization in light of the impending war.

Unlike many Russians, Kallevig had grown up with an appreciation for American culture. Her father had a 6,000-volume library, and she came to love American novelists such as Ernest Hemingway.

While teaching English at a local college in St. Petersburg, Russia, Kallevig heard about the death of one of her students who had been recently drafted; he died from the result of severe injuries during his training at the hand of his superior.

"He was beaten to death by his boot camp sergeant. It took him a month to die," she said. "That was a horrible impact on me."

At the time, Kallevig's son was notified of his eligibility to register for the draft, but the death of her student motivated Kallevig to leave her home country and seek safe haven in the West. Through some friends, she was able to secure a visa to the U.S. and applied for asylum after arriving in 1990.

Kallevig and her son lived in New York City for eight years before eventually moving to Minnesota. She founded the RCC in 2006 with her late husband, Douglas Kallevig, whom she married in Minnesota, and they ran the organization out of their Minneapolis home.

In the past, the RCC organized exhibitions, lectures, and performances to promote Russian culture in Minnesota, but in light of Douglas' passing during the pandemic, and tensions rising between the U.S. and Russian governments, Kallevig and the RCC board decided to suspend activity.

The Atmosphere in Ukraine and Russia During the Cold War

The latter half of the 20th century is largely defined by the conflict between the world's two nuclear powers: the United States with its Western allies, and the United Socialist Soviet Republic and its satellite states. Ukraine was among the many countries under Soviet influence until the fall of the Soviet Union in 1991.

Taras Rafa, who lives in the Twin Cities, recalled life in Ukraine as a teenager during the end of the Cold War. "It was a combination of fear, but still, hope that the system would fall," he said.

Rafa, 48, moved to the U.S. in 2005 to be with the woman who became his wife. Rafa spent time as a professor, but now works as an engineer.

Although Rafa was subjected to militarized training and propaganda from a young age, he and his peers never took it seriously. They went through bomb drills and warnings of an impending war with the West, but the real threat for them stemmed from closer to home.

"We were more afraid of the Soviet government and secret service than the U.S.," Rafa said. "[There is] a reality which you speak about in public and with distant friends, and there is another reality that you might know and speak about behind closed doors."

Like Rafa, Roman Kovbasnyk, 52, came of age under the Soviet Union while living in Ukraine. He moved to the U.S. in 1999 from Kyiv, the capital of Ukraine, and now resides in Mankato, Minnesota, with his wife Natalia Tenolkova and their three children.

As a child, Kovbasnyk wasn't yet privy to the social dynamic of how Ukrainians saw the Soviets as an occupying force. Eventually, he would piece things together by observing his parents.

"My dad would be watching these political programs or the news and he'd be making these subtle remarks," Kovbasnyk said. "As a kid, you just sit there and absorb it."

Kovbasnyk's early years were shaped by Soviet propaganda and militancy in other ways.

As a boy, he was a part of a group, similar to the Boy Scouts, called the Pioneers which was designed to raise kids as followers of communist doctrine. Years later, he and his male peers would have to register for the draft if there was a likelihood of war, but throughout his youth, Kovbasnyk never took any of the Soviet conditioning to heart.

"When I was growing up, I never had any respect, let alone trust, towards the Soviets back then," he said.

After moving to the U.S., Kovbasnyk realized that the world had viewed the entire Soviet Union as Russia and he saw this as a mistake.

Ukraine, said Kovbasnyk, has been its own sovereign country for centuries. Though it had been subjugated to several invasions by neighboring powers, Ukrainians remained steadfast towards its goal of independence.

Shortly after World War II, many Ukrainians formed a resistance movement aimed at establishing a Ukrainian state, however, the effort was quickly stamped out and its members were forced to go into hiding. Taras Rafa's grandmother was a part of that movement and had to change her identity to keep her family safe.

According to Rafa, much of Ukraine's history has been edited and censored, but he learned about his heritage through family and read books about Ukraine that they were forbidden to possess.

Outside information was heavily curated and radio news stations from across the border were interfered with. Occasionally, Kovbasnyk was able to tune his radio to hear music coming across Ukraine's western border and listen to rock music from bands like Black Sabbath and Scorpions.

Yearning for Independence Towards the End of Soviet Rule

During the late eighties, there were several demonstrations that called for the independence of Ukraine from Soviet control as the USSR's influence began to wane in the region. Participating in these public demonstrations brought on grave consequences and secret police were often documenting and arresting those who took part.

Rafa participated in these rallies and remembered how the blue and yellow Ukrainian flag became a symbol of the nation's endeavor to achieve freedom.

"The first time I saw the Ukrainian national flag was in 1988," he said. "A few months later, it was more common."

"All of a sudden, everything just clicks. Everyone around you feels like [your] brothers and sisters, this is our country, and everything became one."

As a young man, Kovbasnyk had never seen his native country's flag until the rise of these demonstrations. Showcasing the Ukrainian flag came with a prison sentence, so many Ukrainians avoided such activity until signs of the Soviet collapse became more commonplace.

Kovbasnyk was overcome with emotion when he first saw the flag raised publicly as an act of defiance. "I was literally crying," he said.

Looking around at the other 18, 19 and 20-year-olds who were at the forefront of the movement created a sense of kinship for a young Kovbasnyk.

"All of a sudden everything just clicks. Everyone around you feels like [your] brothers and sisters, this is our country, and everything became one. United under this flag," he explained.

Views on How Russians and Ukrainians Can Get Along

Three decades later, Ukraine is still fighting for its independence. It's the fourth time in Kovbasnyk's lifetime that his country has had to defend itself, with this latest conflict being the deadliest.

It's also been the most contentious for him and a close friend, who still lives in Ukraine, whom he recently conversed with about the current conflict. The call didn't go as Kovbasnyk hoped.

"A few weeks ago, we had this conversation on the phone, and I think that is the last one I'll have with him," he said. "It was very painful, and I was so frustrated with his view on the situation."

Although Russian and Ukrainian Americans have often interacted with one another and share a history, the relationship between the two communities has been strained in recent years since the invasion of Crimea in 2014. Differing opinions on geopolitical matters have polarized friendships and family dynamics for many.

Before 2014, the Ukrainian and Russian communities in Minnesota had a long history of fundraisers, joint events, and other cultural collaborations, according to Kallevig. She believes events like the annual Festival of Nations in St. Paul, Minnesota, which is used to showcase diverse cultures and foods, could be a way to foster understanding and bring about peaceful dialogue around the conflict here in Minnesota.

"I think it would be great to have maybe open community conversations. Bringing people together through Zoom since people are still wary," she said. "The pandemic at this moment is kind of on the back burner, but the virus is still here."

Kallevig also believes the lack of conversation between the local communities makes people more susceptible to misinformation campaigns from the Russian government. She sympathizes with Russians who may be misinformed as to the motivation behind the invasion and believes that Putin himself is unaware of the truth as he's isolated himself from the world and his own people.

"We really cannot even blame people who have those beliefs because people are brainwashed," she said. "Putin is isolated from the real world. He's not only afraid of the virus — he's afraid of the people."

Lessons for the Next Generation

For Rafa and Kovbasnyk's generation, the lessons of freedom had to be learned as the Soviet's grip of control began to loosen. Each of them admire the fervor in which the younger generation of Ukrainians are fighting to defend their homeland and preserve its sovereignty.

"People who appreciate and value their freedom do not stay quiet," Kovbasnyk said.

In sharing some parting thoughts, Kallevig encouraged people to remember the family members of the young men being pushed to fight battles on behalf of their leaders with no end in sight.

"Please be kinder to people and remember that the tears of Ukrainian mothers and the tears of Russian mothers taste the same," Kallevig said. "I'm not on either side. I'm praying for peace and the preservation of lives." 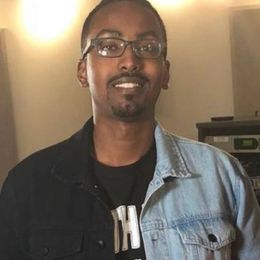