When I Learned My Husband Was Gay

Blindsided by his revelation, with time and the support of others, I was finally able to move on

I consider myself a calm, rational person and most definitely leaning towards being private. But I don't feel ashamed when I remember sliding to my knees, weeping, in a crowded grocery store, bored shoppers wheeling carts around me.

I learned very quickly that I no longer had any pride or control over a grief that frightened me with its unpredictable ferocity: I cried openly in front of school officials, startled parents, and once, held the proffered hand of a kind woman I didn't even know while Christmas shopping.

The news that my husband of 28 years wanted to "live the rest of his life as a gay man" was meted out to me over the course of three days ranging from the startling news that he had to "get his own place" to him possibly being bisexual.

Those three days were hell on earth and culminated in my begging him not to leave, all played out in front of teenage sons. My older brothers were convinced that he was having a psychotic break and rejected the sexuality angle as impossible.

But it was true.

We "checked in" regularly with one another, cooked meals together affectionately and congratulated ourselves on getting so many things right.

With dark, classically handsome features and a sculpted body that he devoted hours to maintaining, "Todd" (not his real name) was highly respected in his field, personable and extremely thoughtful. Even after many years together, we still enjoyed regular, volcanic sex and he suggested (and followed through with) a vasectomy after our children were born.

We "checked in" regularly with one another, cooked meals together affectionately and congratulated ourselves on getting so many things right. I thought we had it all.

Todd could, however, be moody and obsessively particular. A low hum of depression persisted despite a steady stream of new hobbies, job changes and medication. I was obviously concerned, listening late into the night when he was troubled, and he saw a therapist for over fifteen years.

Faced with the Deep Sting of Betrayal

I know how that sounds now. But I sometimes asked: "Are you sure you're still happy with me?" and he reached for me and said things like "Without you, there would be nothing" or more often, "You are the wind beneath my wings." Even now, when I recall this so many years later, there is a dream-like quality that suggests I've imagined it.

We had just started a bathroom renovation around the time he left. When we were looking at tubs, he insisted on two sloping backrests so that we could both enjoy martinis in comfort. There's a special kind of madness that accompanies the re-examination of facts like these; trying to understand what just happened, and the deep sting of betrayal.

After moving out, Todd's personality changed. He became distant, short tempered and very clearly relieved. Looking back, I wonder if he adopted this hard shell to keep going forward.

Meanwhile, I ricocheted between white-hot humiliation and the sickening, shameful realization that I simply could not stop loving him.

Support from friends was overwhelming. Like someone had died, casseroles appeared on my porch; a workmate, concerned about my dramatic weight loss, left full-fat lattes on my desk; previously stoic brothers showed up to help with broken appliances and mortgage brokers.

Not everyone was kind though, and some laughed openly while affecting a limp wrist; others brightly suggested that I watch "Grace and Frankie." My own lawyer impatiently reprimanded me for not developing "attack venom."

But the worst treatment occurred at my doctor's office where I had been a patient for years. During an appointment for HIV testing and STD (sexually transmitted diseases) swabbing, which was deemed compulsory by my general practitioner, the nurse appeared in the doorway as I lay there in stirrups and with a pained smile asked how Todd was doing. Did I understand how courageous his decision was, how difficult it must be for him? And of course, she was not wrong.

The nurse didn't ask about my sons and seemed not to notice my eyes welling. There were no resources offered or social worker recommendations. I left without asking for the sleeping pills I had hoped for.

But the reality was that within a few months, Todd had a boyfriend and was enjoying the club scene with an already-in-place, welcoming network. A dear friend who'd known us for years squeezed my shoulder and said: "Honey, he's gayer now than I'll EV-ER be."

Within a year or two, Todd had moved 500 miles away to join his partner, and with that decision effectively abdicated from any day-to-day co-parenting. I haven't seen him since.

For the longest time, I felt like I'd been pushed into an empty elevator shaft while being expected to navigate the trickiest financial decisions of my life. Even with Todd's support and my own salary, my pre-divorce income had dropped by nearly 60%. My innocence in never even considering this eventuality shamed me; I felt gullible, childish, unworldly.

But very, very slowly, my confidence and spirit were regenerating. It was like learning to use a spoon again after a stroke. I became comfortable asking anyone for advice. I worked extra hours. A friend recommended tutorials on YouTube and the next day I installed a new flange for my sink.

But I no longer feel deficient or responsible — because I am neither.

One day a long-time colleague from another department stopped by. He had also experienced being left after a lengthy marriage and we exchanged stories. Later, I offered a hacksaw when he needed one. He came over to fix my lawn mower. I suggested a vegetarian menu for his daughter's birthday. He had the name of a good roofer. Eventually, I was popping in regularly and noticed apprehensively how safe and happy I was feeling.

We'd known each other for fifteen years at work but now there was close, comfortable banter and we laughed easily and often. One night while watching TV together he reached for my hand. I was terrified — as was he — to trust again. But no one is more astonished than me to report that it's now been more than ten years and I continue to be happier than I would ever have believed possible.

The grief surrounding my marriage will never dissipate completely and I know this. But I no longer feel deficient or responsible — because I am neither.

How to Seek Help

If your spouse reveals they are gay, or if you suspect this is the case, here are some ways to cope: 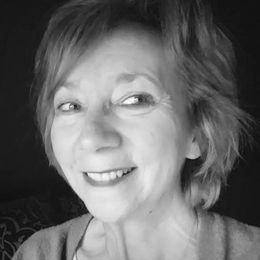