Have No Fear: Change is Good

How breaking one little habit can result in surprisingly big benefits

Habits are useful. If we had to make decisions about every little thing we do everyday, we'd never have brain space for anything that requires thought. Doing routine things on autopilot is efficient. But as we age, more and more activities become habitual. Life becomes more routinized. We settle in. And it can feel like the spark is going out.

Which is why breaking even a small habit can feel so significant. One small change — choosing to have lunch on a park bench instead of at your desk; deciding to stop dying your hair; throwing out the battered flatware you accumulated through a gas station giveaway and instead using the good silver for everyday — can lead to any number of good things.

In my case, the breakthrough was a single subway ride. When my husband Michael broke his hip, instead of driving, we started taking the train from Boston, where we live, to New York, where we both grew up and have friends and family. For ten years, we would arrive at Pennsylvania Station late on Friday nights and get on the long, long line for a taxi, adding at least another tedious hour to the trip.

Eventually, my daughter encouraged us to try the subway, which has a stop in the station. To our astonishment, it turned out to be an easy 10-minute ride, and, with a roller suitcase, only a breezy three minute walk from the subway stop to the hotel where we stay. It was a revelation — and a gift that kept on giving.

Suddenly, we were free of the slowly crawling street traffic, and even the far reaches of the city seemed accessible. Suddenly, we felt more like the New Yorkers we'd once been. Because the short walk from the subway stop to our hotel took us past a little grocery store, it dawned on us that we could pack the cereal and coffee we usually have for breakfast and pick up milk and fruit along the way. We found we much preferred breakfast in a bathrobe to going out for it. Eating-in had always been an option — the hotel rooms even have little kitchens — but it had simply never occurred to us.

How Did We Develop Such a Useless Habit?

On its face, it is hard to understand how we had fallen into such complete dependence on taxis. We actually disliked using them. We saw them as expensive, hampered by traffic, and often a fight to get. And it's not as though the New York subway system was unfamiliar: we'd both begun using it as teenagers. Even in foreign cities we use subways as a way of doing whatever the locals do.

With its grit and occasional troubled denizens, the New York subway is not for everyone, but we're the type who appreciate its parade of diverse riders: people with bikes, with musical instruments, with dogs and baby carriages; people returning from work late at night and asleep on their feet or from a night out, dressed to the nines.

It can only be that Michael's broken hip and the months of recovery had made us feel we'd begun a new stage of life, one of increasing fragility and limitations, that we were on a one-way road to old age — and death. It wasn't true! Michael's hip healed, and the prescribed physical therapy made him more fit than he'd been before the accident. But by then, the habit of taking taxis had become ingrained, and we never questioned it, the way we never thought to take advantage of the hotel kitchens. Breaking the habit, though, got us thinking again.

One Small Change Began a Chain of Unexpected Good Things

At some point we realized that if we took a train only one hour earlier, we could get to the city in time for dinner and actually have an extra evening in New York — if we ate near Penn Station. This led to a search for restaurants in walking distance and the discovery of some new favorites we'd never considered when their location had seemed inconvenient.

The small decision to take the subway has led not only to a string of good decisions ... but also to a connection to a younger version of ourselves.

Strolling out of the train station and into the busy night, we roll our suitcase to the restaurant, where we check it with our coats. The enjoyment of sitting down to dinner, minutes after arriving in the city, is enhanced by the thought of how, in the old days, we'd still be standing on line for a taxi.

Recently, we've begun expanding our New York arrival-restaurants to ones a short subway ride from Penn Station, places that may be even faster to get to than those we walk to. Who knows what's next? The small decision to take the subway has led not only to a string of other good decisions and a surprising sense of liberation but also to a connection to a younger version of ourselves. Once upon a time, we liked to think of ourselves as adventurous. Now we can again.

The Best Good That Change Brought

Having benefitted so much from breaking one habit, I'm more likely to question others. Which habits have served their purpose? But which should be cherished? The battered gas station flatware was mine, and I find that using the good silver elevates any meal. The less company-fancy the meal is, the more my attention shifts to its other qualities.

Scooping up some fiber cereal in a beautifully shaped soup spoon reminds me that I am repeating a little ritual that now resonates with the many years my husband and I have been eating this breakfast together. Some habits hold us back. Others give daily life its deep satisfactions. 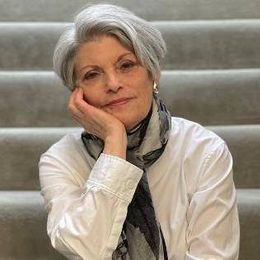 Elizabeth Roper Marcus is the author of Don’t Say a Word!: A Daughter’s Two Cents, a humorous memoir about her parents’ madcap end-of-life, and essays in the NY Times, Boston Globe, and on Psychology Today. Find more on eLizWrites.com. Read More
Advertisement