For each of these women, writing for children has become a labor of love

When Vivian Kirkfield's feet touched the ground after skydiving, she had an epiphany. "I realized that if I could jump out of a perfectly good airplane, I could do anything." For Kirkfield, who received the skydive as a gift from her son when she turned 64 in 2011, that meant writing picture books.

Though she was selling insurance and investments, Kirkfield, a Connecticut grandmother with a master's degree in early childhood education, had long dreamed of writing for young readers.

That jump spurred her to start writing, and within three years she received her first contract from Creston Books, after working with an agent to shop her book.

Her award-winning debut picture book, "Sweet Dreams Sarah," tells the story of Sarah E. Goode, the first African American woman to own a patent. Since then, Kirkfield has published four more books, including the acclaimed "Making Their Voices Heard" which highlights the real-life and inspiring friendship between Ella Fitzgerald and Marilyn Monroe.

Writing has led Kirkfield into yet another career: coaching and mentoring other writers. "I love helping others to realize their writing dreams," she says.

Her #50PreciousWords International Writing Contest opens doors of opportunity for many writers.

A Desire to Have Children See Themselves in Books

It was through the contest that Kirkfield connected with Hanh Bui, 54, who taught second grade before spending a quarter century as a stay-at-home mom. In 2018, she began channeling her wish to see more people of Asian descent represented in children's literature by writing stories inspired by her own experiences.

Growing up in South Vietnam, Bui fled her war-torn homeland in 1975 at age eight when she and her family boarded an overcrowded ship which was ultimately rescued by the U.S. Navy. Her first home in America was a refugee camp where she spent six months. Bui has fond memories of her time at the camp and is grateful to her kind American helpers.

Slated for 2023 publication by Macmillan, Bui's forthcoming picture book, not yet titled, is an intergenerational story rooted in her Vietnamese heritage. Like Kirkfield, Bui worked with an agent to sell this, her first book.

Bui feels a responsibility with her writing. "It's important to share positive immigrant and refugee experiences to foster empathy and kindness," she says. "I want all children to know that they matter and to see themselves in the books they read."

With 10 highly acclaimed picture books to her name, Nancy Churnin is a kid lit superstar, yet she, too, was a late starter.

A journalist and theater critic for The Dallas Morning News, Churnin's new career came upon her by surprise after she reviewed a play about deaf baseball player Wiliam Hoy in 2003.

Churnin received an email from Steve Sandy, a deaf man who was determined to publicize Hoy's story. Churnin agreed to help him by recasting the tale as a picture book that she would write.

It wasn't easy. Even with her well-oiled journalism chops, Churnin couldn't make the picture book fly.

"I received a mountain of rejections," she recalls. Her response was to retrain herself by taking numerous writing courses, joining critique groups and revising.

"I needed to allow myself to feel what my characters were feeling and express that in words and gestures," she says. Thirteen years later, the book was published by Albert Whitman and Churnin is still going strong, with two new books released in 2021.

"I might have written more books if I'd started earlier," Churnin says, adding, "but they wouldn't have been the same books. My life experience has led me to understand and care about my subjects and readers more profoundly," she says. "I look forward every day to working on and revising new stories."

Kirkfield agrees, and also feels her new career is an anti-aging tonic. "I'm helping my brain stay healthy by requiring it to work hard."

Bui also enjoys the writing process. She realized early on that writing children's books is a marathon, not a sprint; Bui can pen as many as 80 drafts of a single story.

All that hard work may not result in big financial rewards. Still these authors find fulfillment in writing for children. It truly is a labor of love.

"This is something you do because you have to," says Kirkfield.

And the chance to make one's mark on young people can be its own reward. "My career choice aligns with my meaningful purpose," says Bui. "I write to create a kinder world."

"My life experience has led me to understand and care about my subjects and readers more profoundly."

Churnin's two latest books, "Dear Mr. Dickens" and "A Queen to the Rescue, the Story of Henrietta Szold, Founder of Hadassah" (Hadassah is the women's Zionist organization) are both true stories of strong women who had the courage to make a difference.

"Dear Mr. Dickens" tells of Eliza Davis, a Jewish woman who protested antisemitic tropes in the fiction of Charles Dickens.

And Szold helped people throughout her life as a teacher, writer and activist, especially interested in improving health care for both Jews and Arabs in Mandatory Palestine (a geopolitical region of Palestine, between 1920 and 1948, established under the League of Nations mandate).

It was not until Szold was in her 70s that she set out on her successful mission to save 11,000 children from the Holocaust.

"It's a reminder," Churnin says, "that it's never too late to do what is in your heart to do -- and to heal the world." 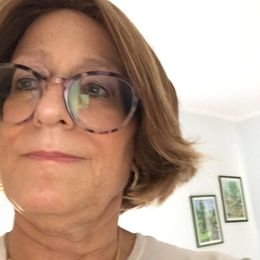 Carol Ungar is a prize-winning author whose work has been published in Tablet, Wisdom Daily  Patheos,  Fox News, and elsewhere. She's also the author of several children's books and the narrative cookbook "Jewish Soul Food--Traditional Fare and What it Means." Read More
Advertisement